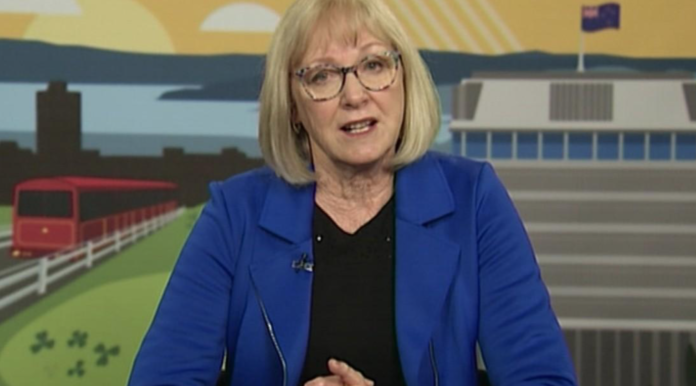 What the actual hell was she thinking?

National’s new housing spokesperson has falsely claimed her party built 30,000 state homes when they were last in power, and claimed her party now backs rental standards they voted against and recently promised to scrap.

Jacqui Dean made the bizarre claims while talking to The AM Show on Thursday morning, at the same time acknowledging they could have done better in their nine years in Government.

“Judith Collins, our leader, has acknowledged that we could have done better in our last term in Parliament and we certainly endeavour to do much better than that when we do become the Government.

“Having said that, in our last term of Government we did build 30,000 emergency housing, state housing homes. We had a number of state housing homes in the pipeline, ready for when Labour came into office. Roughly half of those that they have built were already in pipeline under National.”

…this is unbelievable bullshit! We all know National didn’t fucking build any state houses! They privatised them and ended up with 2000 fewer!

National also manipulated the meth hysteria to throw state tenants out of their houses in the middle of a homelessness crisis while needlessly spending $120million on decontamination that was never a real health risk!

For the new Housing spokesperson to not know any of this is an obscenity to the state tenant lives National damaged so cruelly and needlessly!

Look at her bullshit justifications for this outrageous lie…

Asked where she got the incorrect figures from, Dean gave two explanations – one, that she was given the figures by someone else she didn’t name, and two, that she found them through her own research.”

“If I’ve got my number wrong… then of course I apologise to you and I will correct what I’ve said. I may have picked the numbers up wrong.”

…’someone’ told her and she ‘did her own research’?

The thousand state tenants National needlessly threw onto the streets while they privatised state housing is an injustice and social damage for which National have never apologised or healed. To now have their self researching spokesperson lie to the faces of those state tenants and tell them National had actually built 30 000 state houses is Trumpian in its deceitfulness.