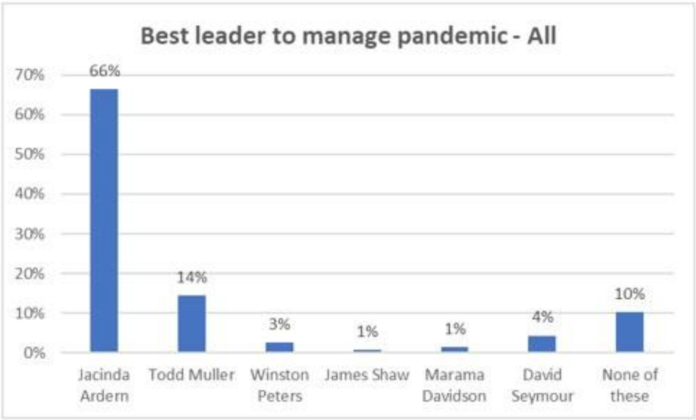 Out of the current crop of political leaders, more than half of voters would pick Jacinda Ardern to lead the COVID-19 economic recovery, a new poll has found.

The current Prime Minister had the backing of 53 percent of respondents in the latest Horizon poll, with her rival for the top job Todd Muller only getting 24 percent. The result is a near-match for the latest party polling, – Labour getting 56 percent to National’s 26 in the latest Roy Morgan poll, released nearly three weeks ago.

…this is actually a more devastating blow to National than the pure party polling because management of the economy has always been National’s advantage. Despite all the evidence showing that Labour in power does well for everyone while National in power only makes those already rich wealthier, most NZers have always given National this aura of economic power that they don’t actually have. 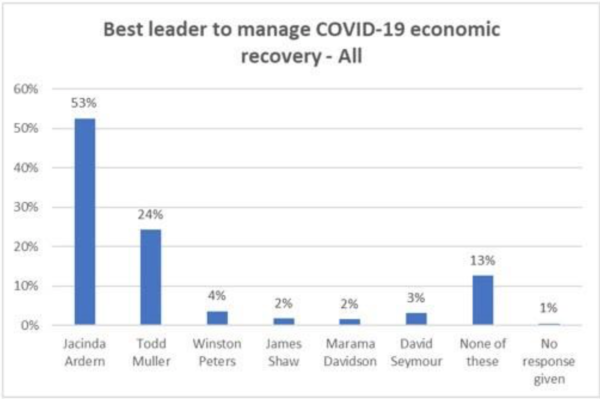 …what’s fascinating however is this…

Third place was ‘none of these’, with 13 percent, followed by NZ First leader Winston Peters on 4 percent, ACT’s David Seymour on 3 percent, and the Green Party leadership duo of Marama Davidson and James Shaw on 2 percent.

…more NZers trust bloody David Seymour to run the economy than the Greens?????

Oh how low have we on the Left fallen?

This poll is further evidence of the psychological change in the electorate. Many voters who had never seen Jacinda outside of news soundbites or short Breakfast TV interviews were blown away by her daily hour long briefings and they felt gratitude to Jacinda.

This emotional attachment can cut the other way if voters feel their lockdown sacrifice has been squandered by incompetent public servants, and we’ve seen that anger last week, but until the incompetence actually sparks off community transfer and forces us back into lockdown, voters will maintain that enthusiasm and gratitude to Jacinda.

Labour are still on track for a majority Government. 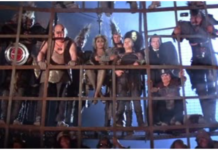 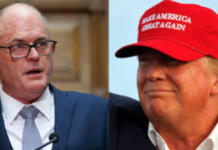 If National had been in power during the pandemic 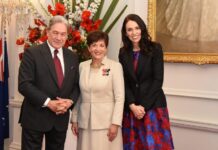 MUST READ: Election Campaign Looms: Is It Time For Labour To Abandon NZF?