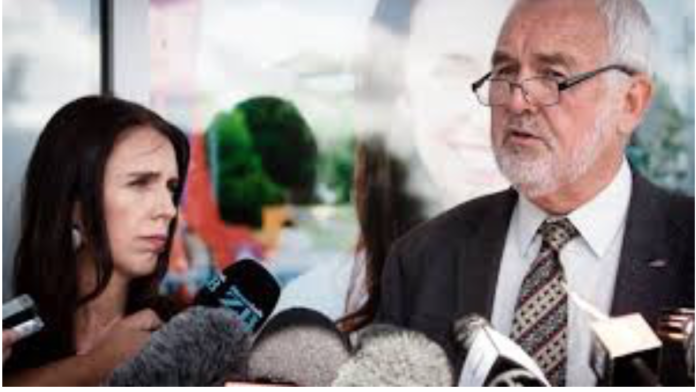 Nigel Haworth was the President of the Labour Party and he had to resign because of a false sexual assault allegation published by The Spinoff and promoted by Fairfax Feminist Reporters from the ‘If a woman says it, it must be true’ school of Journalism, (we all eagerly await the possible defamation action the day after the election in September).

If Nigel can be sacked for a false sexual assault allegation published on The Spinoff , then what the Christ do incompetent Public Health staff who allow the plague back into the country have to do to get sacked?

As I have been pointing out for sometime, the extraordinary emotional attachment NZers feel in this unique universal experience can turn on Jacinda if voters feel their sacrifice is squandered because of Public Servant incompetence by allowing the plague back into the country.

the Defence Force has taken charge of an urgent end-to-end review of the system to get the bottom of recent blunders and doubled its on-the-ground presence from 32 to 72 personnel.

… and harsher penalties for breaching quarantine are being considered…

An overhaul of the border regime will see Kiwis held for up to 28 days if they refuse a test and punished with a $4000 fine or jail if they break isolation rules.

And the Government is looking into options for how to fund the system long-term, including potentially a co-payment, with it costing $81 million so far at an average of $3,295 per person.

…but the Government should have known that our Ministry of Health was an underfunded joke who couldn’t manage this task based on the obscene incompetence they showed over last years measles epidemic.

Post this we need a serious conversation about an enormous refunding of our public health service that goes beyond the current neoliberal suggestion.

The coronavirus pandemic is “accelerating” and has reached “a new and dangerous phase”, according to the World Health Organisation (WHO).

More than 150,000 new cases of the virus were reported to the global health agency on Thursday – the most in a single day so far – WHO chief Tedros Adhanom Ghebreyesus said at a press conference in Geneva on Friday.

“Almost half of those cases were reported from the Americas, with large numbers also being reported from South Asia and the Middle East,” he said.

…we are facing economic meltdown, certain industries being dead until a vaccine and we are barely able to keep our domestic population safe despite having the biggest moat in the world.

The enormity of what we face means kindness can be a weakness right now.

If there is another fuck up that leads to the plague spreading inside NZ, Jacinda must offer the public up a sacrifice or else it will reflect on her personally and risk Labour the 2020 election as voters turn on her in backlash.

The good news for Labour is that National are in disarray but most importantly our response is seen in comparison with everyone else’s response and Jacinda’s leadership to date is far better.

NZers may fume at public servant incompetence, but that fuming is in the shadow of American, British and Chinese dead.

We may be furious but we aren’t stupid.

Labour are still on track to be the majority Government, but some sacrificial lambs will be needed.