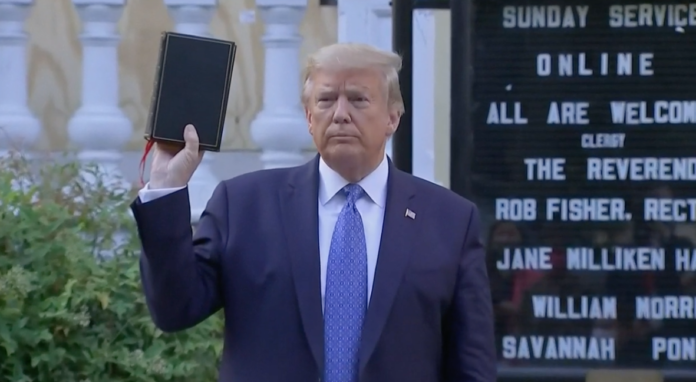 I know you are busy. Great job on the whole saving NZ from a pandemic thing.

You are the best and you are my favourite politician.

Appreciate you are busy, but I think you have to call in the US Ambassador to spell out our Country’s concern for the naked abuse of human rights that we are now seeing in America right now.

It is the obligation of a Democracy to hold other Democracies to account because no one else will or can.

The horror of the casual violence used by American Police on their own citizens in a liberal progressive democracy is an abomination BECAUSE we are supposed to be better than authoritarian regimes.

We have to be held to the highest standards precisely because that’s the freedom, liberty & human rights protection that democracies promise.

When those promises are so cruelly broken, protest and solidarity is the only response.

How does one even respond to a man who would fire on protestors to clear a path for him to wave a Bible in front of a church?

Every time we tell ourselves Trump can’t sink lower, he manages it with gusto and flair.

…Police using brutality to suppress protests that have erupted because of police brutality seems toxically ironic.

Call in the US Ambassador and convey our shock at the unravelling of a country we regard as a friend.

America needs an intervention, and history is watching for your leadership Prime Minister.

Why do National supporters think Muller will be more attractive to newly unemployed NZers?