In every single media interview, TVNZ Breakfast, The AM Show & Q+A, Muller was more self mutilating than a depressed teenager.

How on earth do National strategists think this omnishambles will win back 400 000 voters?

The unbelievable manner in which Muller gets that real time David Shearer brain freeze look on his face as he’s desperately trying to work out if his answer lines up with all stake holders makes you wonder how the Christ drowning National MP’s thought this straw was the last thing to grasp at.

Remember, this coup was driven by self interest and the fear of unemployment – as such it has no real political depth or value other than self preservation.

Muller is upper management class, he barks orders and others follow, he is clearly not used to being challenged, and the most disturbing thing about his terrible media performances to date is that he’s actually lost his cool in every single interview, he gets angry at being challenged!

That privileged temper of his has got to be worked out immediately because if he snaps like that at Jacinda in the debates, National will be lucky to limp home with 20%.

And this isn’t just the Left piling on, the hard right voices in NZ media are equally appalled at Muller’s bewildering incompetence…

AM Show host Mark Richardson lashes out at new National leader Todd Muller: ‘He has failed every time’

Mike Hosking: Could Todd Muller have had a worse start? 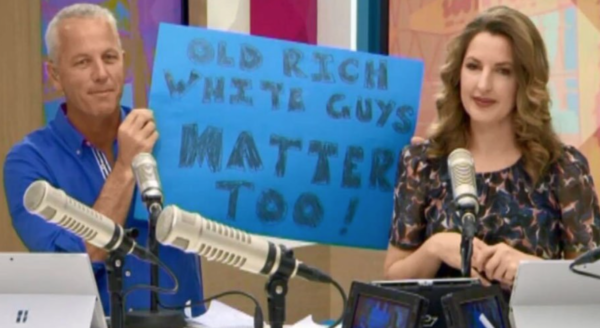 It’s criticism from a quarter you don’t expect and suggests that National will look back on Simon’s 29% as the halcyon days of gold.

Muller is a train-wreck that crashes into a school bus that starts an explosion in a rest home.

Did Hoots really destroy a career at RNZ and the NZ Herald for this?