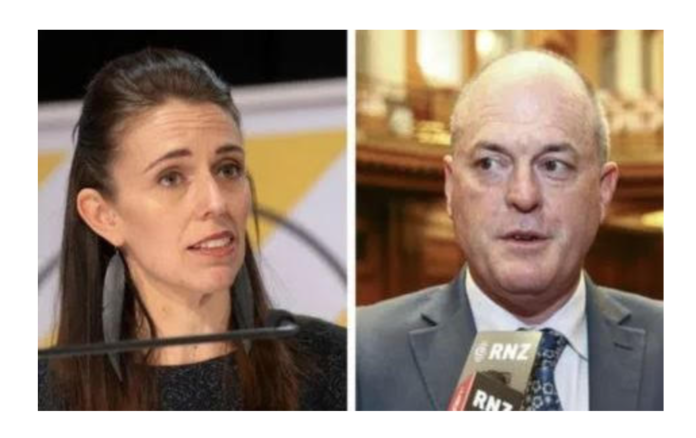 THE PROBLEM WITH CENTRISTS is that, practically by definition, they shy away from extremes. It’s the quality that most encourages voters to trust them. The quality that makes people feel safe. Unfortunately, it is also the quality most likely to bore people rigid. If a politician wishes to promote safe policies, then it is absolutely vital that he does so in an interesting and engaging way. If your brand of politics is boring, then you have to be anything but. So far, Todd Muller has come across as every bit as uninspiring as his politics. Not a good start.

In fact, compared to Jacinda Ardern’s first few days as leader of the Labour Opposition, Muller’s gaffe-prone performances have constituted an excruciating tutorial in how not to play the game of politics.

Who could forget the day Jacinda emerged from the Opposition caucus-room as Labour’s new leader to greet the assembled media. Hers was a performance so faultless, so accomplished, so crackling with energy and sheer, draw-dropping competence that seasoned professionals were reduced to stunned silence. Not, however, before offering brief, two-word responses to her performance like: “holy shit!”, “fucking hell!”, and “bloody unbelievable!” That some political commentators have uttered exactly the same words in response to Muller’s performances should not be considered a good thing. In Jacinda’s case the journalists were responding to how astonishingly good she was; in Todd’s they were registering precisely the opposite!

Muller’s problem is that he lacks Jacinda’s ability to make moderation come alive. Ardern understands that most people are drawn to traditional values and common sense ideas. Far from seeing this as a sign of their intellectual weakness, however, she treats it as proof of their ethical strength. It’s an insight which allows her to infuse the great rounded hump of the bell-curve with heroic purpose. By characterising people’s conventional reactions as the only serious, morally-defensible options available, Jacinda makes the ordinary extraordinary.

Just think of her inspired “They are Us” comment following the dreadful events in Christchurch. It resonated so powerfully because it expressed to perfection the instant identification with the unjustly attacked that is hard-wired into the human animal. Ardern understands the enormous power of common human emotions. Her ability to unleash them; to in effect mobilise the ordinary; is what makes her such a formidable politician. Ardern’s description of herself as a “pragmatic idealist”, and her commitment to being “relentlessly positive”, encapsulate perfectly her determination to not only make Labour’s middle-of-the-road brand of social-democratic politics interesting and exciting, but also to make it honourable.

If Muller is to have the slightest hope of becoming competitive in this election, then he has to get his head around all this – and quickly. Conservatism, in its proper sense of reflecting the organic social bonds linking the past (our parents) the present (ourselves) and the future (our children) will always enjoy a pronounced advantage over those political movements dedicated to altering the status quo. In politics, no less than in physics, inertia is a difficult state to overcome. And when, for whatever reason, it is overcome; when things are changing way faster than most people like; then promising to make them stop will, almost always, be the winning offer.

What does that mean in practical political terms? That Muller doesn’t appear to know should be scaring the bejesus out of his promoters. That he didn’t immediately reassure voters, calmly and with fatherly conviction, that he understood fully the need – without in any way endangering New Zealanders’ extraordinary victory over the Covid-19 virus – to do everything required to bring New Zealand’s perilous economic situation under control, is problematic – to say the least. Above all else, Muller’s approach to the electorate needs to be relaxed and informal – intimate even. As an avid reader of American political history, he should have no difficulty recalling the way Franklin Roosevelt communicated with the American people during the Great Depression. What could be more relaxed, informal and intimate than a “fireside chat”?

Muller doesn’t need to attack Jacinda or her government directly, he merely has to present the electorate with a credible plan for economic recovery. He doesn’t have to point to Phil Twyford’s, David Clark’s and Kelvin Davis’s failures, he simply has to draw people’s attention to how much still remains to be done. And all the time, in the finest small-c conservative tradition, he has to subtly remind voters of how well the country has fared under past National governments; of the expertise he and his colleagues can bring to bear immediately; of the historically reliable instincts of practical and successful businessmen and women and how vital these will be in securing a prosperous future for New Zealand’s children.

None of those objectives will be achieved by standing in an empty Legislative Chamber, booming out trite phrases to Q+A’s Jack Tame, and gesticulating wildly to thousands of startled New Zealanders sipping tea in their living-rooms.

It is debateable whether Muller and his advisers understand the danger they and the National Party are in. Yes, this is a moment for the quiet and reassuring counsel of a small-c conservative political centrist. The critical question, however, is which politician is currently playing that role? Who has mastered the art of relaxed, informal and intimate political communication? Who will soon announce her intention to mobilise the expertise of New Zealand’s most practical and successful businessmen and women? Who, like so many “ordinary” people has a toddler with a future to protect?

Is it Todd Muller – or Jacinda Ardern?