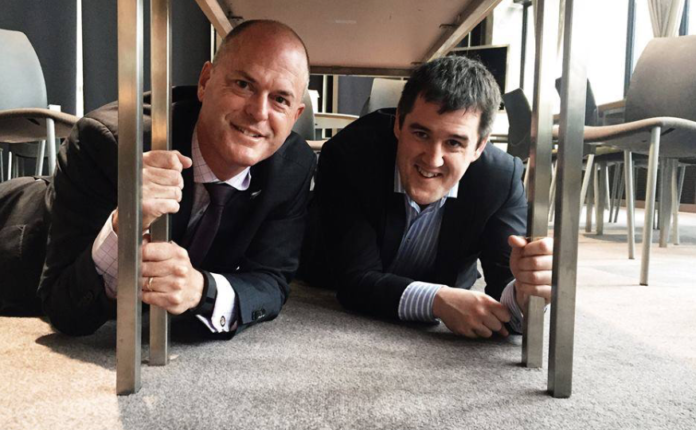 Todd Muller has shot himself so many times in the foot over the last week I feel we should nickname him stumpy.

If the National Party top 12 were all men, would their timid justifications of meritocracy still stand? Of course it wouldn’t.

This isn’t about meritocracy, this is a privileged blindspot that sees ambition as white.

So what on earth is driving this cavalcade of incoherent incompetence?

This coup was driven by self interest and the fear of unemployment – as such it has no real political depth or value other than self preservation and with their very white decisions, National have said more about the true nature of their selfishness and narrow view of the world they inhabit than anything the Left can paint them out as.

This is being driven by Dirty Ambition, but it’s attracting Dirty Politics.

If the Head of Slytherin House, the Architect of the Death Star, the Dark Lord of the Sith and Dirty Politics aficionado Matthew Hooton gets an official position in Muller’s new team, then journalists have to ask some hard questions, like who have been Matthew’s recent lunch dates?

News that Gerry Brownshirt is setting up an intelligence stasi unit for the election isn’t surprising or ominous, but is Cameron Slater playing any part in that, because if he was then this starts looking like another Dirty Politics chapter doesn’t it?

I hand on heart don’t think that Todd Muller has enough imagination to be malicious, his incoherent incompetence to date robs him of being a Machievallian Savant, but into the void of Muller’s hollow political value can creep something we’ve seen before and don’t want again.

Dirty Ambition has driven this coup, Dirty Politics could direct it.