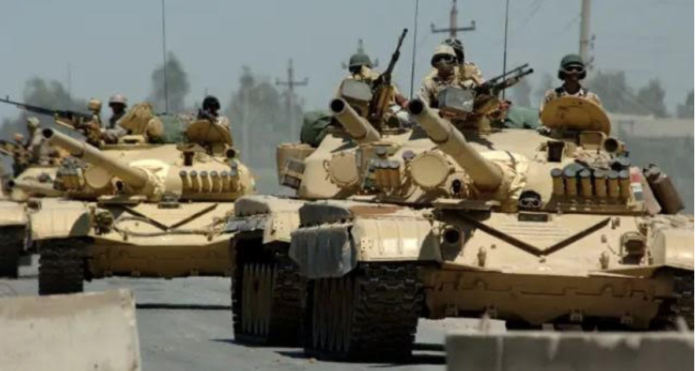 THE TRICK IN POLITICS, as in war, is to know where your enemy is today – not where he was yesterday. An even more useful trick is knowing where he will be tomorrow. The Daily Blog’s editor, Martyn Bradbury, is certain that the Jacinda Ardern-led Government’s current political position is unassailable. In justification, he points to the most recent state-of-the-parties polling and (with even more emphasis) to Ipsos’s just-released polling on “the issues”. All of these surveys show Labour in a commanding political position vis-à-vis their National Party opponent. Were the General Election to be held this week, Labour would be returned by a landslide.

Unfortunately, the General Election is 120 days away.

The National Party’s new leader, Todd Muller, is similarly perceived by Martyn as representing no serious threat to Jacinda’s dominant political position. His inspired meme equating Muller’s “desperate” leadership coup with Gollum’s last-minute acquisition of “The Precious” above the all-consuming fires of Mount Doom, speaks to his conviction that regardless of who its leader might be, National’s defeat has become inevitable.

The question I would put to Martyn is simple: If defeat is inevitable, then why not let Simon Bridges carry the can? Why would the National Party caucus, along with the National Party Board, risk a player as highly regarded as Muller by committing him to a fight he cannot hope to win? Surely, if Muller represents the best interests of his party – ideologically as well as electorally – then the smart move would be to hold him in reserve for the process of rebuilding, which defeat on the scale anticipated by Martyn would necessarily entail?

Martyn may well respond that Muller’s job in 2020 is the same as Mike Moore’s in 1990: to “save the furniture” – i.e. to forestall the utter collapse of his party’s vote and keep it at least vaguely competitive for future political contests. This is not an implausible explanation, but I believe the true answer lies elsewhere. What the “save the furniture” explanation misses is the seriousness of the danger posed to National’s long-term future by Simon Bridges’ leadership.

Over the course of the 27 months Bridges led the National Opposition, the sense of unease among both party members and supporters regarding its direction of travel was palpable. Moderate conservatives across the country became convinced that the Simon Bridges-Paula Bennett-led National Party was veering further and further to the right. Concern that a far-right faction, drawing its inspiration from Donald Trump’s Republican Party, was growing in strength led first to murmurings, then to outright plotting. Reclaiming control of National became an urgent priority for those convinced that a sudden lurch towards Trumpism would make the party unelectable. Far from seeing Todd Muller as some sort of Gollum figure, National Party centrists began looking forward to his elevation as the return of the king.

The centrists win would have come a lot sooner had they not had to contend with the lingering and very sour aftertaste of 2017. Winston Peters decision – against all precedent – to spurn the party holding the largest number of parliamentary seats in favour of a “coalition of the losers” left a great many National Party members and voters feeling bitter and vengeful. They were looking for someone to inflict serious harm on Labour; someone to make Jacinda Ardern suffer; someone to drive a stake through Winston Peters’ heart. Simon Bridges was that someone and, who knows, had the Covid-19 Pandemic not come along, he might have delivered.

What the Covid-19 crisis made increasingly clear to National members and supporters, however, was that a win by Simon Bridges and his backers would deliver a lot more than the humiliation of Jacinda and her Labour Party. There was something else lurking at the back of Bridges’ policy positions – something unpleasant. The National Party he led wasn’t asking people to use their votes as tools, he was urging them to use their votes as weapons.

As the implications of this shift began to sink in, National’s numbers began to collapse. Simon Bridges was seen as hopelessly out of step with the overwhelming majority of New Zealanders’ support for Jacinda’s handling of the Covid-19 crisis. With each of his tone-deaf utterances more-and-more former National voters began to contemplate the unthinkable prospect of actually voting Labour.

Which is how the electoral battlefield looked immediately prior to Todd Muller’s coup. It would be most unwise, however, to assume that it will look the same in 120 days’ time.

A week or so ago I wrote emotionally about Labour “coming home”. Grant Robertson’s Budget Speech made it clear that his party had moved beyond the neoliberal economic and social settings which have guided it since 1984. No matter how great the imaginative effort required, it behoves the Left to put itself in the shoes of the ordinary, decent National Party voter now that Simon’s gone and Todd is in charge. For a great many of them it will also seem as if their party, the party of Keith Holyoake, Jim Bolger, John Key and Bill English, has “come home” to its core values.

Over the course of the next 120 days, the chances that tens-of-thousands of National’s erstwhile supporters will follow suit must be regarded as very high. The easy victory over a Bridges-led National Party that Martyn had every cause to anticipate just a few days ago is no longer in the offing. Our enemy’s position has changed. His numbers are swelling. A forced march to the left and an audacious outflanking manoeuvre can now be expected.

Slap in a fresh clip, comrades. We have a fight on our hands.