The Green Party has revealed its candidate list for the 2020 general election, and seven out of the top 10 people are women.

The list rankings were voted on by members in two stages. The first by delegates at a conference for an initial draft list, and the second by the thousands of Green Party members throughout New Zealand.

The party currently has eight MPs and seven of these will campaign for re-election this year – Gareth Hughes announced in November he was retiring.

Of these current MPs, co-leader Marama Davidson is ranked first, followed by co-leader and Climate Change Minister James Shaw at number two. This is a change from the last election where they were listed the other way around.

Chlöe Swarbrick comes in at number three, a significant move up the list from 2017 where she was listed seventh.

Julie Anne Genter is fourth, Jan Logie is fifth, Eugenie Sage is sixth and Golriz Ghahraman is seventh. In the party’s list for the 2017 election, Genter was third, Sage was fourth, Logie was sixth and Ghahraman was eighth.

…good to see Chloe and Julie Anne Genter get the respect they deserve in the final list rankings. Good to see Ricardo Menéndez March, Steve Abel and Kyle MacDonald in the mix as well.

However it’s all probably doomed. 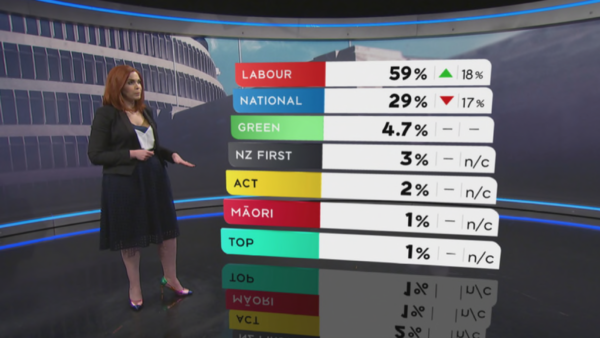 The Greens are now polling beneath the 5% and they over-poll every election. Add on top of this that they have gone backwards every election over the last decade and that the international vote is more likely to go to Jacinda this time and it’s looking increasingly likely that the game is up for them.

At a time when the climate crisis is the only issue and shortly after 170 000 took to the streets to protest against climate change, the Greens have squandered these opportunities to reclaim the word Cunt, demand inclusive language for trans abortions and meaninglessly champion being carbon neutral in 30 years time.

Take this ridiculous issue with Muller having a Trump hat. For me it’s further proof of how out of touch he is, for the woke of course it’s a war crime against civilisation…

…Muller having a MAGA hat doesn’t make him a Nazi, it just makes him dumb but the issue quickly stops being about Muller having a hat, and quickly becomes an issue of the intolerance of the woke left.

There are serious climate crisis issues we need addressing in New Zealand, there is an economic meltdown that will force us to radically reform the neoliberal hegemonic structure while tens of thousands of Kiwis are made unemployed and what are the woke activists of our movement screaming about?

With Labour polling a majority, the Greens have become politically irrelevant at the time when they are needed most.

The irony is that if they do crash and burn under the 5%, they won’t ever accept it was their middle class woke identity politics that killed them off, oh no, it will be the white cismale heteronormative patriarchy that dids it.

But they would now have a tough competitor in the new National Party leader Todd Muller.

“[His leadership] is a good thing for the National Party and I think the Government’s got more of a contest on its hands than it did a week ago.

“I think that he’s a person with integrity and dignity and decency and I think he’ll be a tough opponent in the campaign to come.”

…you are still in the Green Party James, you can’t start jumping to National now! You’ll have to get Matthew Hooton’s permission first.