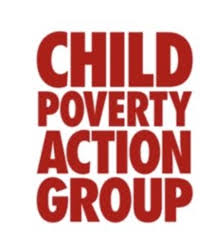 Child Poverty Action Group supports the Government’s intent to help those who have lost their jobs due to Covid-19 through the new Keep New Zealand Working initiatives announced this week.

However CPAG believes creating separate services and duplicating existing online job seeker tools could lead to a ‘two tier system’ which will not ensure more people get back to work and could further exacerbate the stress of those out of work.

Instead, let’s treat all who are currently unemployed with dignity and establish a scheme that will create enough jobs for all, not just focus on those recently laid off.

CPAG Executive officer Georgie Craw says inadequate core benefits, punitive rules around relationships, the use of sanctions, and the inability to earn extra without penal clawbacks remain the major issues that need to be fixed.

“These new announcements ignore the existing issues with our income support system. The ‘Keep New Zealand Working employment service’ is only for those ‘directly impacted by Covid-19 who are not on a main benefit.

“While it is important to help people transition to work if that is suitable for the individual and their whanau, what about those that are not able to find appropriate employment? Or who are out of paid employment for another reason?

“After all, as this crisis has shown us, we are strongest and most effective as a nation when we are united and inclusive of all.”

“It would seem to us that children are invisible to this Government, at a time when we are facing a serious economic tragedy,” he says

“Many lives are going to be adversely affected over the coming months, and the Government needs to be laser focused on how parents and their children are supported so we don’t see a generation of young people held back from reaching their full potential.”