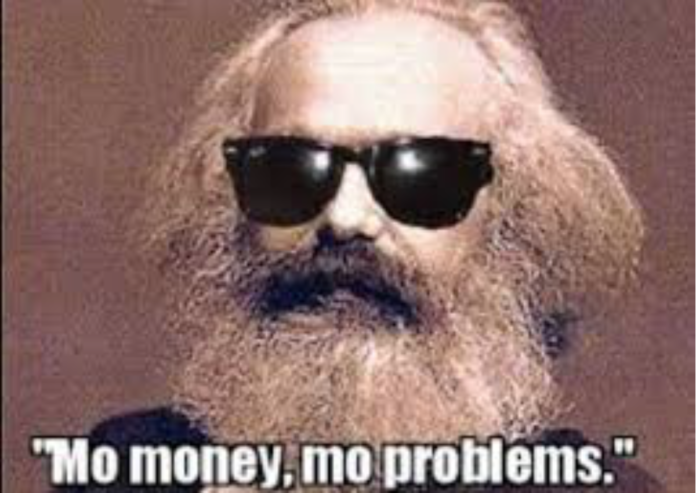 May Day 2020 marks a critical time where humanity has to choose between keeping a dying capitalism on its feet at the expense of nature and humanity, or, rejecting this bleak future by taking over the global economy and running it under workers control.
Capitalist destruction impacting on nature and humanity is compounding year by year, and under the pandemic, week by week. The market has has failed as evidenced by falling profits, by toxic industries still pumping CO2 into the atmosphere, and a pandemic that has triggered the next great depression.
All of this has come about because capitalism could not continue to exploit its resource base in nature, including the labour of workers, enough to maintain profits. Each crisis sees it attempting to eat into its finite resource base to the point where nature is now fighting back.
So the precondition for the revival of capitalism coming out of this terminal crisis no longer exist. Nature will not passively submit to being plundered. Nature is biting back, and as part of that, workers are resisting complete destruction. Already parasitic and destroying its host, capitalism is doomed.
Look as what is happening now as half the worlds workers are locked down in many cases to die in large numbers. All around the world workers are rising up against paying for the crisis with their lives. In the US there is a call to workers to launch a General strike on May Day to build towards a mass movement by the election to oppose both Trump and Biden who both support propping up dying capitalism at the expense of workers.
While governments are providing some aid to displaced workers this is not enough for survival. It is a measly dole and casual or informal workers do not qualify. So to live workers have to organise their own means of subsistence. Food riots are beginning among the unemployed in Europe, Latin America, Africa. Surplus food is being requisitioned by workers in the US. Strikes are breaking out when workers refuse to work in unsafe conditions. In New York Transit workers and Nurses are striking jointly.
All of this points to workers rejecting the inevitability of capitalism staggering zombie like to the destruction of nature and extinction of more species including ours.  And the way forward is seen as joining forces with nature to rescue humanity as the source of all wealth and basis of future survival on the planet.
But as the various social movements like Extinction Rebellion show, there is a lot of political confusion about how to make this happen. In general the spontaneous, instinctive response to market failure still looks to the state to rescue is from the market.
In Aotearoa, there is a debate about the role of the state. Today it is moving towards a consensus on the return of the central state managing the market. Some quibble over how much influence the state should have. Bomber Bradbury on TDB is for a strong central state that can bring in a program to correct for market failures. Matthew Hooton denies reality in the face of a pandemic claiming that the state cannot substitute for the market. But our history is one of many market failures and depressions, which have all been ended by state intervention.
The problem is not just that the market has failed and can be rescued by periodic state intervention. The problem is that facing a terminal crisis it cannot be rescued by the state  There is a need to shift thinking from old dogmas about capitalism and get to the roots of the problem.
Capitalism is today destroying the basis for its existence when it can no longer exploit nature and workers labour enough to profit and grow. The reason is that capitalism has a finite life and that is running out. Profits depend on extracting value from labour by processing nature. Both are in rebellion. Neither will lie down and be sucked dry. Capitalists are in denial about this of course because their wealth is at stake. And their useful idiots continue to preach ‘business as usual”.
More significant however, are those who remain convinced that capitalism is not the problem and can be part of the solution. They play a role that hinders the majority taking the second option, that of life and survival. That is why we need in this debate about the state the voices of Marxists who can show that only the working class, the producers of value, of wealth, can guarantee our future. We are the vast majority, we are the ones suffering from the terminal crisis, and we have the power to take over the economy and run it in the interests both nature and humanity in a state of harmony.
May Day 2020 must be a signal to the world’s workers to unite to overthrow capitalism and fight for a socialist future!