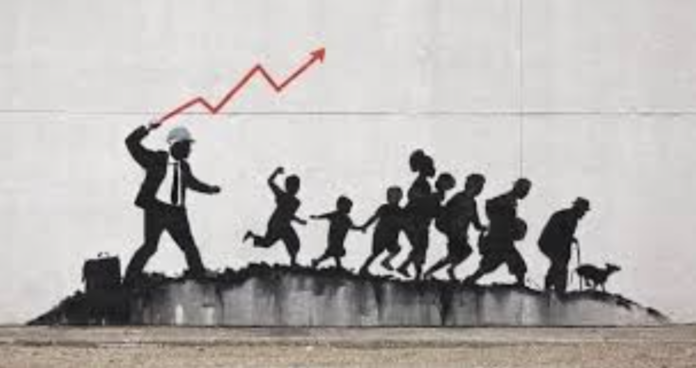 The crisis we are facing is a crisis of the system of production and reproduction that has dominated the earth for 150 years.

That system demands that commodities be produced and sold for a profit. If that profit cannot be guaranteed the system will stop producing until a new balance is created.

That balance can only be achieved at the expense of working people and the planet. In New Zealand that will mean hundreds of thousands of jobs gone and millions across the globe. The 1% who own the means of production are also demanding the shredding of environmental controls to free up business, including in agriculture.

According to the chairman of the board of SkyCity Rob Campbell, it is his “Fiduciary duty” to sack people.

His company refused the 12-week subsidy for salaried staff so they could do it immediately rather than wait.

Fletcher Building also did a $300 million share buyback in 2019 and after enriching themselves in this manner demanded workers have pay cuts of up to 70%.

In the US share buybacks have been worth trillions of dollars over the last decade at the same time as corporate debt doubled to $10 trillion. Debt has actually been used for 30% of the share buybacks in a display of criminal greed and recklessness!

As the Harvard Business Reviews noted on January 7 this year in an article headed “Why stock buybacks are bad for the economy“:

When companies do these buybacks, they deprive themselves of the liquidity that might help them cope when sales and profits decline in an economic downturn. Making matters worse, the proportion of buybacks funded by corporate bonds reached as high as 30% in both 2016 and 2017, according to JPMorgan Chase. The International Monetary Fund’s Global Financial Stability Report, issued in October, highlights “debt-funded payouts” as a form of financial risk-taking by U.S. companies that “can considerably weaken a firm’s credit quality.”

It is almost as if this class of super-rich owners has deliberately enriched themselves in ways that ensured they got as much as possible out of the firms they were managing as possible before the next crisis hit.

Those companies are now weaker and more debt-ridden than they would have been without this enrichment.

It is highly probable that the will have to recuse companies like Fletcher Building before this crisis is over to prevent its collapse. If this is done the shareholders should be expropriated with no compensation and the company repurposed to be a Ministry of Works for the 21st century run by the government and the workers to rebuild New Zealand.