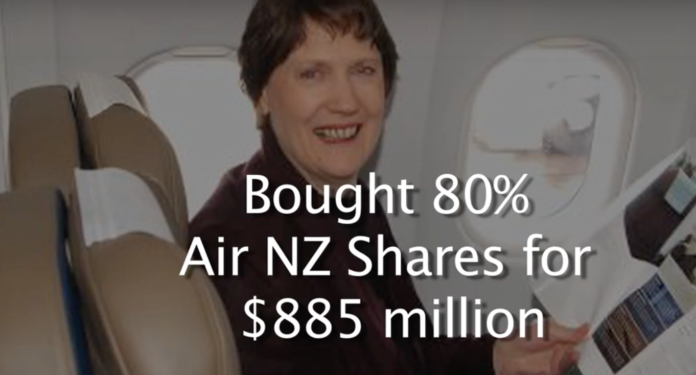 Why? Because the neoliberal mantra of the day back then was that Governments ought not to be in business. They should leave the marketplace to entrepreneurs and private investors and clever people who knew how to make money.

But then, in 2001 just over a 10 years later , Air New Zealand got into deep financial trouble so the 5th Labour government led by Helen Clarke bought back 80% of it in return for injecting $885 million of our money into it.

Now, you would think we would have learned the lesson from that and other big business  bail outs  that Neoliberal free marketeers are not true to their beliefs . If you don’t want government involved the marketplace  then you ought not to be able to pocket the profits in good time and expect the taxpayer to bail you out in bad times

In November 2013  The National Government ,under John Key, sold down its share in Air NZ from 73% to 53% as part of its asset sales programme and now here we are again bailing it out

Today, through no fault of its own, Air New Zealand is again  in big trouble and the current Labour led government’s solution is not the progressive one they have shown in other area-it’s fundamentally a neoliberal one.

They have offered ,not to buy them out and nationalise Air New Zealand but to provide a standby loan facility of up to $900 million at between 8 and 9%

Now , the  other day  I received an email from Air NZ’s CEO Greg Foran( as did I assume many thousands of New Zealanders who have travelled on our National carrier). In which he said – amongst other things 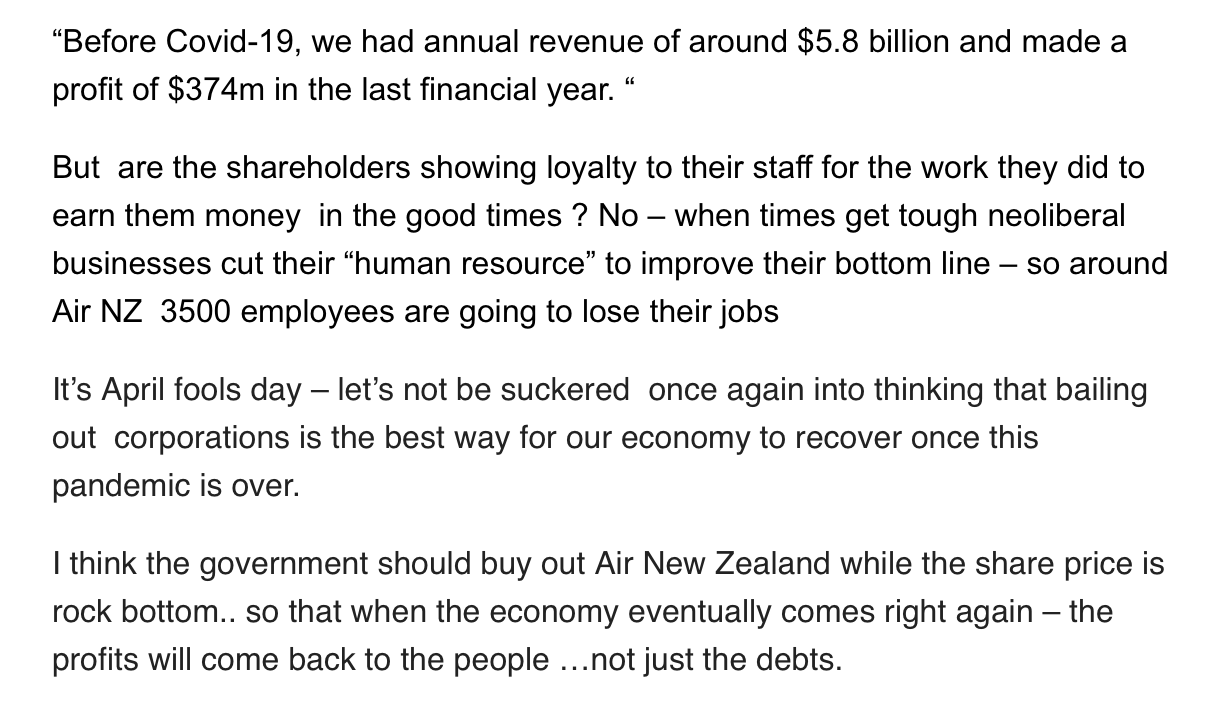