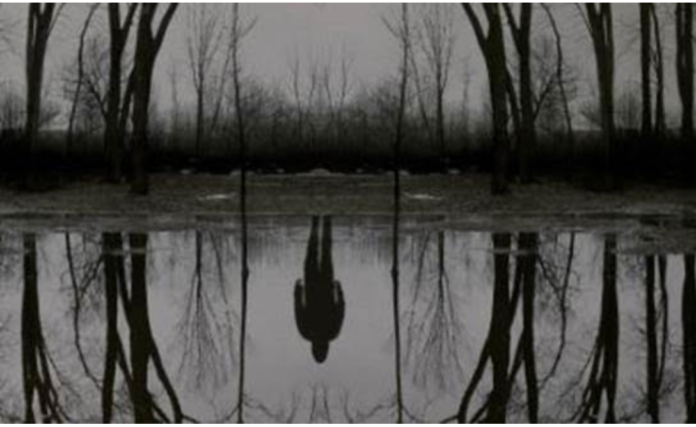 WHAT IF THE BOGEYMAN is real? In six words, that is what Stephen King’s “The Outsider” is all about. The adaptation of King’s novel for HBO was exceptionally well done. The viewer, along with the hero, is led through the crack in reality which the arrival of “El Cuco” (the Spanish bogeyman) in a small Georgia town opens up. By the final, blood-soaked episode the suspension of our disbelief has become an accomplished fact. The Bogeyman is real.

King is no fool, however. Marching in lockstep with the supernatural is his depiction of the psychic disintegration of “El Cuco’s” slave – the would-be military sniper whose psychiatric test-results were so disturbing that, in spite of his excellent marksmanship, the military authorities felt obliged to decline his application. Thwarted, embittered, violent: “El Cuco’s” creature, now a police officer, spirals down into that all-too-real bogeyman – the American mass-shooter.

The festering sore that erupts on the back of the necks of “El Cuco’s” slaves may be a crude metaphor, but that doesn’t make it a bad one. How better to represent the raging social inflammations that have left no part of the United States uninfected? With mass shootings happening virtually every other day in the USA, we reach, almost unconsciously, for concepts like “a nation living under an evil spell”. When “natural” explanations come up short, where else is there to look except through that crack in reality – at the supernatural?

Resisting this temptation, we reassure ourselves that, even if a mass shooting occurred every single day in the USA, the number of shooters annually would only come to 365. In a nation of 327 million human-beings, 365 shooters represents a vanishingly small sliver (i.e. 0.0001%) of the population. Real though these mass-shooter bogeymen may be, we can at least comfort ourselves with the knowledge that there aren’t very many of them!

But, is that true? Is the number of psychopathic and sociopathic individuals in any given society truly as vanishingly small as we like to tell ourselves? Isn’t it more likely that the mass-shooters and serial-killers filling the headlines represent only the tip of a much, much larger iceberg of frightfulness? A proposition which, if true, raises another question: How big is that iceberg? What percentage of the population might best be described as “functioning” psychopaths and sociopaths?

An answer, of sorts, was provided just a few days ago in a Spinoff post by David Brain, co-founder of “Stickybeak” an online polling agency. Brain had been keen to discover the “mood of the nation” as New Zealand entered its first week of Level 4 lockdown. By in large, Kiwis responded positively to Stickybeak’s questions. Trust and confidence levels in the Government’s handling of the Covid-19 crisis were high.

Then came the question: “The government has now said that we all need to stay at home; not go to school or work; not travel or socialise with people outside our home for at least 4 weeks. Do you plan to comply?” It was not the fact that 91 percent of those participating in the poll affirmed their intention to comply with these rules that was surprising, but that 9 percent openly declared their intention to defy them.

It is a disturbing result to reflect upon. In the midst of a state of national emergency, when the best medical advice insists that everyone other than workers in essential industries must “stay home and save lies”, an astonishing 9 percent of the population sees no reason to take the steps deemed necessary to keep the population – especially the elderly and other citizens with compromised immune systems – safe. Not even the warning that widespread lack of compliance with Level 4 rules would see the lockdown period extended, was enough to give these ‘9 Percenters’ pause.

It is possible, of course, that those indicating their intention not to comply with the rules are the very same essential service workers who must leave their “bubbles” to keep the rest of us safe. We must hope so. Because, if nearly 10 percent of the population are either sociopaths: manifesting grandiosity, narcissism, lack of empathy and a general disdain for the moral precepts that govern the conduct of their fellow citizens; or psychopaths: manifesting behaviour that is deviant, dysfunctional, distressing and/or just plain dangerous, then we are all in very serious trouble.

If 9 percent of the population refuses to comply with the lockdown’s rules, then the rest of us are not about to be released from it anytime soon. Indeed, it’s difficult to see how the Government’s strategy of eliminating Covid-19 can possibly succeed if close to a tenth of the population intends to withhold their co-operation.

It makes you think of all the perpetrators of spousal and family violence with whom the Police are required to contend every day. It recalls the behaviour of all the bosses and managers who have already signalled their callous indifference to the fate of their businesses’ employees during the Covid-19 crisis. You count up the thousands of cyber-bullies and Twitter trolls who delight in inflicting pain and humiliation on their fellow human-beings. And you remember all the postings and comments you’ve read over the past 7 days about New Zealand becoming a “police state”, and a “nation of narks”, and you can’t help wondering whether 9 percent is an underestimate of just how many real bogeymen and bogeywomen are out there.

As the Scots once prayed, and in these dismal times may still pray: “From ghoulies and ghosties and long-legged beasties and things that go bump in the night, Good Lord deliver us.” A grim list, to which Stephen King would no doubt add his own special plea for divine deliverance: from all those who position themselves outside the boundaries of human kindness and solidarity.