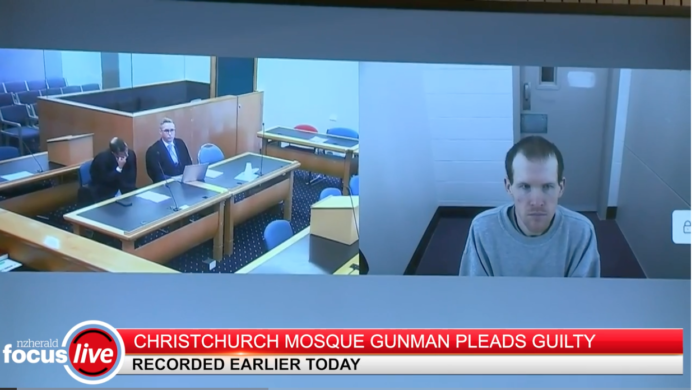 So ‘he who will not be named’ had pleaded guilty and will not face a trial. Those involved are very relieved but also very slightly cheated.  But he would have been mad to testify, so really there is little they missed out on.

In pleading guilty, the unnamed man had admitted that he is guilty of a terror event. To an extent, that makes it ‘made’ law that shooting down people in cold blood because of their religious beliefs is a terror event in Aotearoa.

But the guilty plea makes it impossible for the law to refine that finding with judge-made commentary and so on. In future, it might make the use of the terrorism charge more likely.  This is the second time that a trial has failed to properly consider the terrorism laws – the first was when the terror charge was dropped in the case of the Ruatoki group. At the time, it was noted that the law was impossibly complex and difficult to apply.

I have never really understood the view that a guilty decision, by plea or jury, gives closure to the victims.  It is a poor kind of closure, really. When my grandson’s killers were found guilty of murder, all I could think was what a waste of fine young men who, lost to drug addiction, spread it like a virus through the nation and lost their own souls in the doing. I just felt sad.

In the case of Mr No-name, he became passionate about killing Muslims by reading well-circulated NAZI-style propaganda online. How he was ‘recruited’, how many others there are like him and whether we expect this to happen again, are all unanswered questions.  The trial would not have answered them.

It is probably best for all that he pleaded guilty.  But it is very urgent that someone does the research needed into whether (if we all survive the next few weeks) it is likely that such an event may happen here again, and also how to avoid it.  A good ‘bubble’ activity for an off-work researcher perhaps?