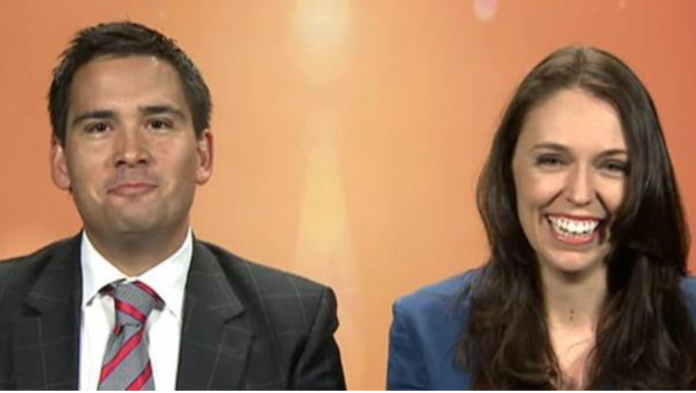 NEW ZEALAND POLITICS under the Lockdown will be played out in two locations. The Beehive: where Jacinda Ardern and her key ministers and advisers will oversee the national effort to eradicate the Covid-19 virus. Parliament Buildings: where the Epidemic Response Committee, chaired by Simon Bridges, will hold the Prime Minister, her government, and the country’s leading public servants to account. Live broadcasts of government announcements and committee deliberations look set to provide New Zealanders with some of the most dramatic political performances of the Covid-19 drama. While the Lockdown lasts, these exchanges will constitute the beating heart of our democracy.

It didn’t have to be like this. Another Prime Minister, another Government, would have dared the Opposition to withhold its support from a State of Emergency declaration and put it before the House of Representatives regardless – relying on its majority to carry the day. The Government’s political surrogates would have denounced viciously any Opposition party foolish enough to abstain or, worse still, vote “No.” In a crisis as serious as New Zealand’s Covid-19 epidemic, any suggestion of non-co-operation couldn’t help but marginalise – even demonise – an obstinate Opposition. A more Machiavellian Prime Minister would have found it impossible to resist the temptation to manoeuvre his or her principal adversaries out of electoral contention, or, failing that, out of the public eye (which amounts to the same thing) in this way.

But not this Prime Minister. Understanding that any marginalisation of her opponents; any diminishing of accountability; would remove the incentive to carry out her duties openly and effectively, Jacinda deliberately subjected herself to Bridges’ scrutiny.

Secrecy not only encourages incompetence and failure, but it also allows them to remain hidden. It is a powerful testament to the Prime Minister’s personal determination to bring the New Zealand people safely through this crisis that she has refused the protection which secrecy and exclusion provide. The better Bridges does – and is seen to do – the more Jacinda will have to lift her game.

The onus now falls upon her colleagues and her officials to look after the PM by not stuffing things up!

It is only fair to acknowledge, however, that there is an element of benign Machiavellianism in giving Simon Bridges the starring role in the Epidemic Response Committee drama. If he does his job responsibly and well, then Jacinda’s performance will improve.

But, if he performs irresponsibly and badly: if he cannot resist the siren song of reckless negativity; if he simply cannot live with the thought that a consistent display of moderation and competence on his part will only enhance Jacinda’s prime-ministerial performance; then he will be drawn to the Dark Side of the political Force – and the whole country will be watching.

Which can only mean that we, the voters, are winners too. Because even in the midst of this unprecedented  public health emergency, and the economic crisis it has spawned, the logic of representative democracy continues to play itself out. Under extraordinary pressure, the leader of the Government and the leader of the Opposition will each show us what they are made of. Have they been blessed with intelligence, grace, wit, poise, toughness, empathy and humour – and in what measure? More importantly, to what extent have they been infused with that sacred fire the Ancient Greeks called charisma? Which of New Zealand’s prime ministerial contenders, the incumbent or the challenger, shows the most signs of Fortune’s favour?

The answer is located not only in the minds of New Zealand’s voters, but in their guts. As always, in the rough and tumble of democracy, political outcomes owe at least as much to how we feel, as to what we think.

So, one day into Lockdown, how are you feeling? What do you think?