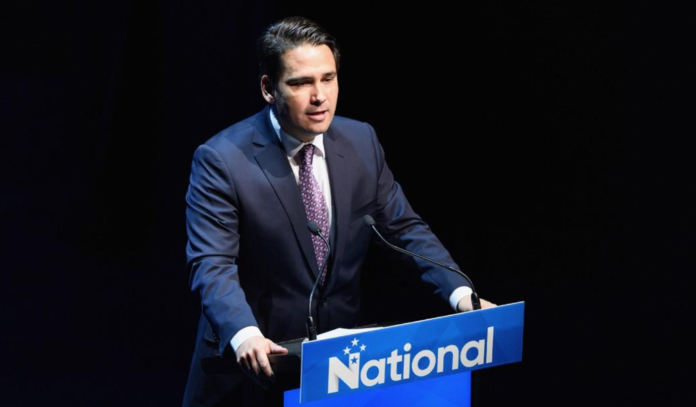 Whoa – this is incredibly smart politics by Simon Bridges…

Opposition leader Simon Bridges says a National government will look at amending the law to allow Australians convicted of serious crimes in New Zealand to be deported.

Bridges said, if elected, National would explore a policy based on amendments to Australia’s Migration Act in 2014 which allows for people to have their visas cancelled on character grounds.

He said, legally, the Australia government can deport Kiwi criminals and New Zealand needs to look into a reciprocal policy.

…Jacinda Ardern was on the Telly this morning saying that while she would bring up the despicable manner in which Australians treat NZers living in Australia and their disgusting policy of forced renditioning of NZ citizens who have committed crimes there back to here – (a process that has sparked a gang war with the 501s attacking domestic gangs) – there wasn’t anything she could do about it because blah blah blah politics of kindness blah blah blah we are too timid to force feed those Australian pricks a taste of their own medicine blah blah blah.

THEN Bridges, out of no where, comes out swinging and says he will consider forcing Australians who have committed crimes back there to Australia!

While the law to export Australian criminals back already exists and a handful have been sent back, there isn’t the Political will to expand it the way Australia has.

When you consider the vile way in which Australians have treated us and the way they have sparked a gang war in NZ with their forced renditioning programme (a gang war that is allowing South American drug cartels access here) , having a Political Leader promise to give the Australians some of their own back is going to find enormous support across the electorate.

Don’t stop at deporting their criminals as payback for the 501s, slash their access to our public services the way Australia does to our people living there as well!

Bridges may have just found the policy that everyone will get around, handing it back to the bloody Aussies.

The Politics of Kindness towards Australia abusing us or a short sharp kick in the balls as pay back.

This is bad for us on the Left. Really bad.