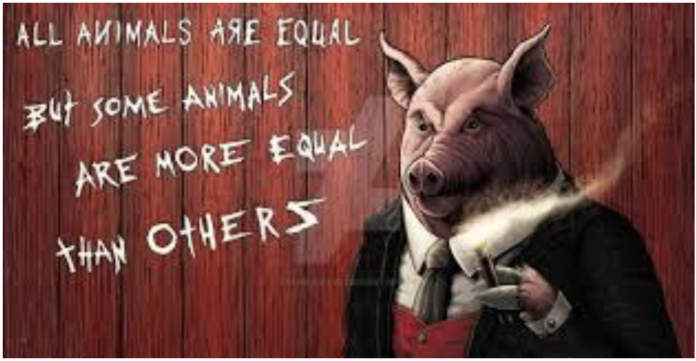 When the smoke from the Australian bushfires turned the sky yellow at the beginning of the year, it felt like shit got real. Armageddon was upon us.

Koalas, iconic as cuddly charismatic megafauna as they get, innocents, caught burning on fences, screamed as fires raged. Bodies of Australia’s quirky animals, found nowhere else on the planet, lined highways dead. Rescue efforts were inadequate in the face of inferno – fueled by poor forest, land and political management, drought, arson, ecology and the effects of climate change. It was hard to comprehend, or to emotionally accommodate, the immensity of the fires and their damage, (a billion animals killed), though the impacts of ad hoc and systematic anthropocentric actions were on display. (We did this). The scale of harm and damage and death was hard to comprehend, but so utterly unsurprising. Social and online media feeds were full of photos of the sky – which was visible outside without the posts, and reflected a collective struggle to reckon with the evidence and scale of interplanetary change that’s been accelerating since the industrial revolution and especially since the Second World War.

Then the American targeting of Iranian General Soleimani and the Iranian downing of the Ukrainian plane shook our fragile sense of international security again. What a disturbing start to the year and the decade. Last year the Doomsday clock was at two minutes to midnight, and now it’s at 100 seconds to go.

But that’s all yesterday’s news now, though the fires still rage, because the novel coronavirus is the highlight of today’s media moment. Epidemics sell news and advertising, as well as hand sanitiser and facemasks, though meat exports and tourism may suffer.

Most of us are back at work now, and school returns over the next few weeks. We sink back into our lives with the start of the economic year. Holidays are almost done, and the abnormal destruction over summer, sinks into the background, becomes a complacent, new normal. There are more pressing issues to consider – work, school, deadlines, traffic jams, the Government’s road building announcements, the date of the coming election.

Almost half a billion dollars has been donated for bushfire recovery. But anti-Chinese sentiment has been an ugly reaction to the coronavirus. Our best and worst selves have been on display.

In Australia, fires still burn. Land and forests continue to be cleared for roads, farms, timber and coal mines. Kangaroos are still ‘culled’, and koalas are killed as business as usual. (Today I see photos on Facebook of up to sixty koalas left dead and dying after a bluegum plantation was felled in Victoria) Political certainties continue to unravel. The Brexit process takes another step towards the new unilateral political order.

It’s been hard not to feel despondent at the damage we’re doing to our beautiful world. And meanwhile I think of the pigs. Because while at least the short media and public attention span has been on the impacts of impulsive, provocative and reactionary political leaders and the consequences of industrialisation on ecology and wildlife, entrenched abuses to farmed animals and nature mostly go unacknowledged.

If you were a pig, not a human, chances are you’d never see the sky. You might never feel the earth. You’d never be free. Your last moments would be in a slaughter house, filled with fear. While we all empathised deeply with burnt koalas and injured kangaroos, few give a thought to the lives of animals used for meat, who live far removed from natural habitats, enslaved for the human palate. It’s unconscionable what we inflict upon wild nature, but at least koalas live free.

70 billion animals are treated as economic units in farming systems around the world every year, and about 50 million of them are in intensive farms. They’re crammed so tightly to minimise costs that they are denied natural habits, habitats, social relations and lives. A pig is as smart as a dog, but society would be outraged if you treated a dog the way we treat millions of pigs. Intensive farming creates its own negative feedback loops – in polluted rivers and aquifers, in public health legacies (cancers, obesity and other diseases), in animal welfare sacrifices, and human and animal epidemics, causing the waste of animal lives as in responses to Mycoplasma Bovis, (hundreds of thousands of additional cows ‘culled’, on top of the approximately four million killed per annum in New Zealand as part of usual business), and the African Swine Fever – where across the world, millions of pigs are buried alive.

Western outrage to the conditions of the Wuhan meat market, selling wild animals from bats to koalas to wolves, is right in part. Xenophobic and racist responses are distasteful, and consistency would require a critique of our own methods for deriving meat and eating pleasure. Korean and Chinese dog eating festivals provoke the same western outrage. But double standards abound. It’s wrong to eat dogs, but ok to eat pigs. It’s wrong to eat or kill koalas, but ok to eat age old wild living fish – in fact, that’s sport.

The Biophilia hypothesis suggests we’re hardwired to care for soft, (young), big eyed animals, that our love for nature is an evolutionarily important element of human survival. And who would deny that koalas are cute? It’s been argued that the ‘cuter’ the animal, the more chance it has of being a conservation priority. There’s a risk of overstating that though – because – koalas (extinct by 2050?), Maui and Hector’s dolphins (around 57 Maui left, and some Hector’s sub-populations down to the 40s), even though there are none cuter. Lions, tigers, elephants, all the supposedly hot megafauna, dwindling despite our innate preferences for the furry, big eyed and cute…

Concerns about climate change and the treatment of wild animals are rhetorical hypocrisy and will fail our compassionate and humane potential if we don’t change the way we do things, the way we live, what we eat, how we treat the natural and living world.

But on a finite, interconnected, sensitive and dynamic planet, it’s clearer than ever, that if we don’t change what we’re doing, (the road to nowhere), we’ll head up where we’re going. That includes how we treat animals in the wild, as well as in farms.