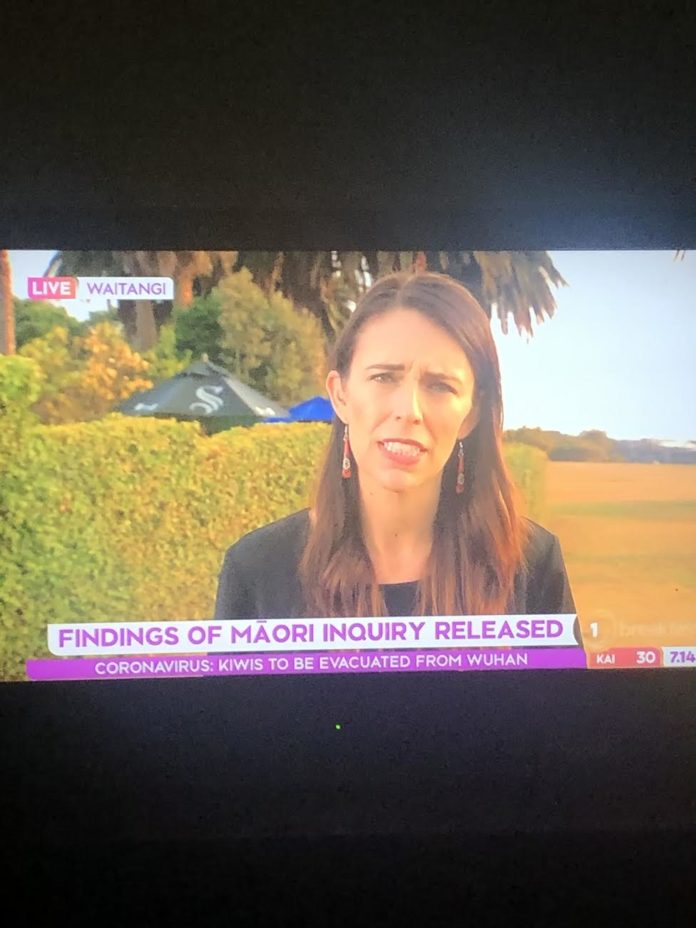 Jacinda was on TVNZ Breakfast this morning and astonishingly stated that she wouldn’t consider doing an electorate deal with NZ First and the Greens.

After Bridges ruled NZ First out, Labour has the strength to negotiate a far better deal with Winston, and watching Jacinda simply throw that realigned power dynamic out suggests two things.

1 – She believes the current murkiness around NZ First donations is an issue and she’s putting distance between her and them.

2 – She doesn’t understand the strategic importance of what Bridges has gifted her.

Put that to one side, the truly appalling part of the interview was her slavish devotion to the right wing experiment in Social Welfare that is Oranga Tamariki. The latest report is out showing armed police involved in the theft of Māori babies and highlights a despicable orgnaitsion using lies, manipulations and naked racism to steal as many babies as they can get their hands on.

Here is what is utterly bewildering to me.

Oranga Tamarki is a brown-washed right wing experiment using Big Data to decide future crimes so as to step in and uplift a child before it costs the State too much money. It has limited the legal rights of parents, it streamlined the 0800 number using gossip as evidence and it removed the parents right to legal aid to challenge the State when they steal babies and remember there are NO checks or balances whatsoever in this fucking process.

Why the fucking Christ is the Prime Minister of a Labour Government prepared to die in a ditch for a right wing experiment in welfare???

The most coercive power of the State is their ability to kick in the door and steal your child in front of you.

Brothers, Uncles and Fathers bleed and died on foreign beaches to stop states with that kind of power.

How dare the Prime Minister defend this!