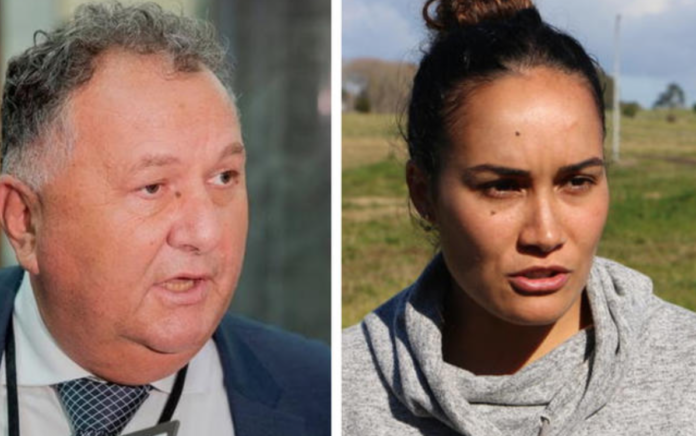 Ok, so 100 woke folk have demanded Shane Jones public execution for calling our magnificent Pania Newton a flower which is condescending and belittling and cishet patriarchal privilege etc etc etc.

Now, I think Pania is an incredible human being and an amazing leader. I nominated her for Young NZer of the year and believe she is amazing, and while Shane Jones is certainly condescending and desperate for attention, the virtue signalling performance outrage manages to utterly miss the actual reason you should be outraged by Shane Jones.

His point blank refusal to honour the Treaty over settling it!

“It reflects the fact that Pania is a new flower in the endeavour of Māori politics. And like all new flowers, they have to prove their tenacity. Full marks to the campaign they have run, but the SOUL group has no authority to invert the settled infrastructure and architecture of the treaty (of Waitangi) settlement process.

“The problem with language nowadays, a seasoned chief like myself can’t criticise anyone without it having some ‘ist’ to it. The reality is it is not an offensive term, there will be absoutely no day that I or New Zealand First ever agree with the SOUL group and herself inverting the settled infrastructure of the treaty settlement process. Quite simple.

“This issue does not loom large in the range of … problems afflicting Māoridom. This issue of Ihumātao, for a small piece of land in Auckland, is not top of the pops when I go around New Zealand dealing with Māori tribes.

…Time and time and time again he says, “no authority to invert the settled infrastructure and architecture of the treaty (of Waitangi) settlement process”, and this is Pania’s lasting influence, the voice of the next generation of activists who look at the settlement process and the utter pittance paid out as compounding the injury and insult of confiscation and economic dispossession, not healing it.

THIS is why you should be outraged, that he refuses to honour the Treaty over settling it. Pania’s generation look at that ‘settlement’ as the pretence it is and refuse to accept the one sided unjust nature of settlements. This terrifies the establishment because Settler NZ is economically built upon stealing indigenous land and never paying full reparations for that theft.

This is where the argument lies, this is the issue that needs debating, this is the gift and legacy of Pania, yet what do we get? Personal offence at a condescending remark as if policing micro-aggressions was somehow on par with the hegemonic structure of Colonisation Capitalism.

Identity Politics activists are so focused on screaming at the tree for not being identified properly to notice that the forest is actually on fire.

This is what millennial politics is now, personal offence at condescension dressed up as a political statement while the real debate gets eclipsed by the outrage olympics at who can be more offended.