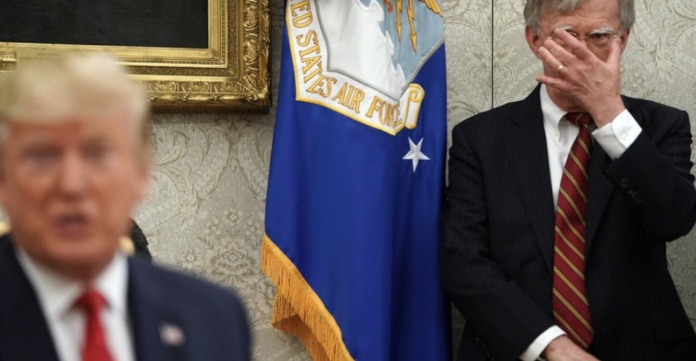 To date Republicans have managed to write the impeachment off as deranged Trump syndrome on behalf of bitter Democrats who are furious he won in 2016. They say no one can conclusively claim Trump purposely held back military aid from the Ukraines for personal gain, right up until now…

Bombshell book: What we know about John Bolton’s allegations about Trump and Ukraine

In his upcoming book, former national security adviser John Bolton writes that President Donald Trump told him he did not wish to release military aid to Ukraine until that country helped with investigations that could be damaging to Democrats, including former Vice President Joe Biden, according to media reports.

…Bolton is a hard right hawk who loves the smell of napalm in the morning and who never heard an invasion plan of Iran that he didn’t love, but even for a merchant of death like Bolton, Trump’s naked abuse of power was too much.

IF Bolton can be a witness, and that is still a fine line of process that is being thrashed out now, he will be devastating and is the only chance for the Republican establishment to actually rid themselves of the curse that is Donald Trump.

Trump will not be sleeping easy for the first time in a long time.