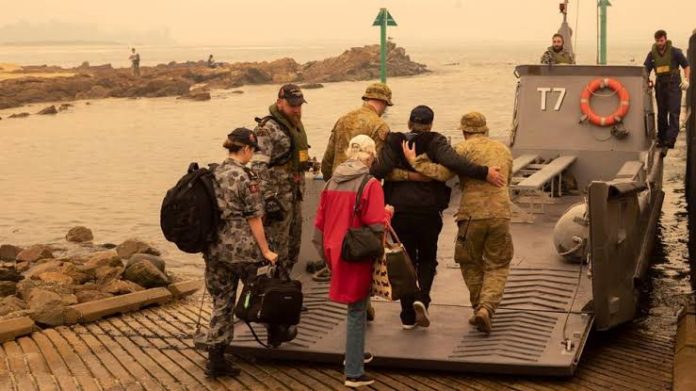 Top ministers have ordered a “deep dive” into the Defence Force’s spending in a bid to free up more funding to “lift the wellbeing of New Zealanders”.

Look, the NZDF are excellent at shooting civilians, burning their homes, handing them over to known torture units, gaining intelligence from torture and then hiding and lying about all those abuses of power, but should we be cutting the NZDF budget to ‘help lift New Zealander’s well being’ because as the apocalypse in Australia has proven, you need a military to help in the immediacy of a civil defence emergency.

As part of Fortress Aotearoa I support a dramatic increase in military spending, the reason for this is because the climate crisis requires a military level civil defence response.

With the climate crisis here and rapidly unfolding ON TOP of an over due Alpine Fault earthquake, is the NZDF where we should start making cuts?

If Grant is short of a spare bob for well being, well he’s the one borrowing Billions for bloody roads.

Yes the NZDF has a lot of money, yes that existing budget should be redeployed into climate crisis type emergency responses, but should the budget be cut?

I would be arguing that we need MORE money going into the NZDF, not less.

It’s not the responsibility of the NZDF to care about the well being of NZers, that’s the civilian Government’s responsibility, the NZDFs responsibility is protecting the national interest and seeing as Grant is spending billions on bloody roads, maybe he should be taking that budget knife to his own spending first?

Look, I’m no fan of the bloody military, but the climate crisis changes everything, and our military will rapidly become our first response to that crises. Amputating their ability to respond seems desperately short sighted.