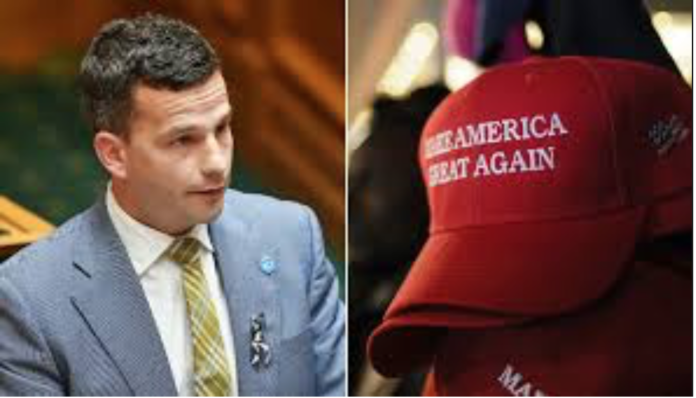 Seymour has announced a “Make Aotearoa Great Again” event for Waitangi Day – a clear reference to Trump’s theme for his 2016 presidential campaign.

There is nothing more politically schizophrenic than ACT using MAGA branding. ACT are free marketeers while as Trump is deeply protectionist, but the success for ACT will be in exploiting the culture war dynamics of social media.

In the Facebook age, Elections aren’t won or lost on policy any longer, they are decided by how much hated you have for identifiable tribal representatives you fight with in your social media feed.

The success of Cambridge Analytics was in finding older angry white working class males who were betrayed by neoliberalism and culturally alienated by woke virtue signalling. These males weren’t voting until triggered by micro-targeted Facebook advertising that allowed right wing operatives to harvest their resentment.

ACT hijacking the Trump brand of political toxicity is an exploitation of an existing resentment social media has allowed to generate.

This is the ultimate danger of a political landscape dominated by pure temple Identity Politics, tell white males they are the problem long enough and they’ll become the problem.

The real threat of a run away ACT vote could become reality if Andrew Little is foolish enough to attempt to reset the free speech-hate speech debate before the election. The things Woke activists in NZ consider is ‘hate speech’ is so vast it will drive voters into ACTs arms.

Unfortunately we are only starting to comprehend the damage social media mixed with toxic identity politics can cause the body politic and the Right are adapting far faster than the Left to exploit that.