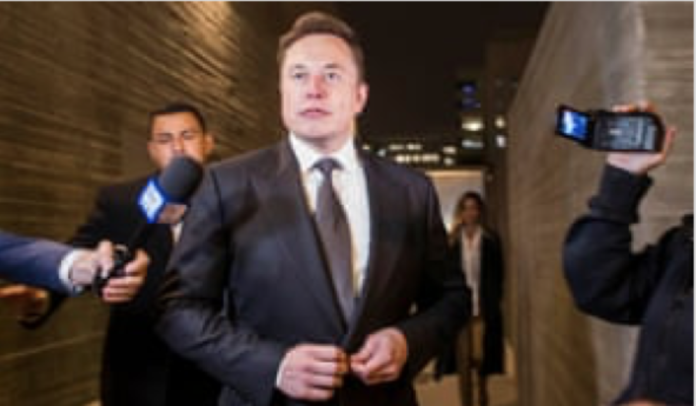 I am pretty appalled at the outcome of the recent defamation suit launched against Elon Musk in retaliation to his statements that the plaintiff, Vernon Unsworth, was a “pedo”.

Now if you’ve just joined us down here in the peanut-gallery of this *particular* Musk-incepted three ring circus, a little background material is probably going to be helpful.

As you may remember, mid-way through 2018, a soccer team of Thai youths and their coach went missing amidst rising waters in a labyrinthine cave-complex, sparking a massive international rescue effort that raced against the clock to try to get them out alive. Unsworth was one of the key figures in this campaign, having significant local knowledge (including of the cave-system, which he’d been working to map) as well as diving experience. Indeed, so salient was his importance to the successful outcome of the operation, that he’s been personally honoured by both the Thai and English monarchs for it (the latter with an MBE).

In the aftermath of the rescue, he made a statement in the course of an interview about a submarine which Elon Musk had sent to the site in order to assist, noting that it was rather ill-fit for purpose and seemed to be more of a “PR stunt” than a serious effort to help. And also suggesting a perhaps superior location for it to have its maiden spelunking voyage.

Musk, it seems, did not respond well to such criticism – and took to Twitter to call Unsworth a “pedo guy” and “sus[picous]”.

Now, this is a pretty grave thing to say, I think many would agree. It did not take the arrest of Jeffrey Epstein a little over a year later to make people a lot more sensitive to the possibility that accusations of paedophilia made by the famous might just have something to them. The behavior in question (the sexual crime, I mean, not twitter-flapping insults) is quite rightly regarded as one of the more heinous possible crimes; and regardless of a lack of evidence, the mud thus flung almost invariably appears to stick. It is therefore entirely and eminently understandable that Unsworth felt Musk’s public assertion toward him meant he’d been”effectively given a life sentence without parole.”

So you’d think, therefore, that the resultant defamation action would be one of the more simple open-and-shut cases of reputational protection, most anywhere in the world. But, of course, this being America, you’d be wrong.

One of the defences to a defamation action, in most circumstances, is Truth. It’s not a total defence, but it’s probably one of the best possible ones to have access to. [The most amusing, for my money, is “No Good Name To Blacken”, when it comes to the plaintiff, but despite Musk’s ongoing antics, I digress] The insinuation if one *does not* choose to sue for defamation when such a lurid allegation is made against you, is that it’s because the accuser has just such a defence handy. Or, in other words, as Unsworth’s lawyer put it – “The challenge that was thrown down by Elon Musk was that if you don’t sue it’s true,”

But the Americans really do rather like their free speech. And as I have often observed, free speech over there seems to almost inexorably carry with it the freedom to be downright obnoxious with it. Musk therefore launched a defence built around the idea that he wasn’t actually seriously accusing Unsworth of being a paedophile, he just meant to seriously insult the guy – and that therefore, rather than being defamatory, his tweet was in fact constitutionally *protected* verbiage.

Now, you may or may not think that this is, on the face of it, absolute balderdash. I certainly find it difficult to agree that prohibitions upon the state restricting freedom of speech (which are not, and never have been absolute – even in EagleLand … “shouting fire in a crowded theater” being a canonical US Supreme Court example of *non-protected* speech, for instance) should mean that it’s all of a sudden complete and total open slather to say or to print the most abhorrent of apparently-not-slander about another private citizen. It seems to mean, per this recent decision ‘vindicating’ Musk, that there is and can be no actual restitution and no real shield against blatantly false accusations being made as any malefic malcontent may damn well please – provided that it’s meant as an insult, rather than as a supported statement of supposed fact.

But on the provisio that it was an “insult”, instead of an “accusation”, and apparently somewhat regardless of how just about anybody else might have potentially taken the remark (either as indicating something about Unsworth, or as indicating something about what Musk *believed he knew* about Unsworth) … it’s protected speech, and that’s that. It really is a most curious phenomenon, saying something you *know* to be false, declaring that that’s why you said it, and having that be the defence against the charge of having made a false and injurious statement. But this is, perhaps, why I only have half a law degree, rather than a fool one.

Except here’s the thing: I’m not convinced that Musk’s proffered explanation, that it was just some sort of off-the-cuff rejoinder, and that he just meant “creepy old man” [as the word apparently means colloquially in South Africa, or so Musk claimed], not “paedophile”, actually holds up to any sort of scrutiny at all. Other than a jury, apparently, and they really can be rather difficult-to-predict agglomerations.

You see, Musk didn’t just put out a tweet stating Unsworth to be a “sus[picious]” “pedo”. His response when queried about his allegation – again, on twitter – was to “Bet ya a signed dollar it’s true.”

He then doubled, and then some, down upon his accusation – hiring a private investigator to produce the evidence to support his claim [which never did actually appear – Musk asserts that this was in part due to the investigator he hired being a “professional conman” … which rather means I cannot interject “takes one to know one” at this point, as Musk apparently didn’t] ; and informing a reporter that Unsworth was a “child rapist”, who had relocated to  Thailand in pursuit of “a child bride who was about 12 years old at the time.”

He also declared to the same reporter his rather ardent wish that Unsworth “sues me” over the remark; which would to most people surely suggest a supreme confidence in the *truth* of what one had said, rather than some kind of deep and abiding desire to put to the test just how far the US’s legal principles protecting freedom of fact-free speech were prepared to extend.

All in all, it seems pretty darn difficult to genuinely believe that Musk did not mean what everybody else *heard* he meant via his application of the word “pedo”. Either in terms of “pedo” apparently not meaning “paedophile”, or that this was just some kind of clearly non-factual insult just casually bandied about between regular men and not at all intended to be taken seriously by anybody except as a rough barometer of how annoyed Musk was about having his ego pricked.

Musk’s subsequent conduct suggests rather strongly that by “pedo”, he did in fact mean “child rapist” [that’s his words], and that he certainly intended for it to be taken as more than a minor and insubstantial barb. You don’t hire private investigators [‘conman’ or otherwise] to make insubstantial barbs with – you do so to further substantiate them. You also generally don’t invite legal challenge immediately after having rather directly and repeatedly made statements of some increasing level of detail which repeat the allegation … if you are just talking out of the place wherein the submarine was suggested to be lodged.

Or maybe you do. If you’re as rich as Musk is, what’s a little back-of-the-couch millions to put into batting away a defamation suit (or, as it happens, paying off the US Securities and Exchange Commission, in the aftermath of *another* demonstrably false Musk tweet that actually *was* ruled to have been illegal – money and investment, it seems, gets a far more generous shake of the sauce-bottle of justice than does ‘people’ under the US system).

It is to Musk’s (limited) credit that he has apologized for the tweet. Although I am not entirely sure how seriously one can take an apology that comes couched in a rider of it being his absolute right to have said what, and as he did. That smacks of a certain lack of sincerity – after all, *genuine* remorse often tends to mean at least an implicit commitment to make right the harm done, and to at least attempt to avoid doing the same malefic action again.

But even despite this, and even despite the legal grounds upon which Musk won his case effectively heavily inferring that there is no truth whatsoever to his claim that Unsworth was a “pedo” … there is little doubt in my mind that the stench of the spurious allegation’s smeary label shall follow Unsworth about like a noose for the rest of his life. This is not just because such accusations tend to have an enhanced adhesion even over and above other such vicious rumours and gossipmongery ; but because if you google Unsworth’s name, even in connection with the Thai rescue-effort he so heroically contributed to, the first … dozens of hits are almost uniformly but simple headlines stating that Musk won against him in the defamation suit over his being called a paedophile. It is not hard to see how *that* can be easily misread as a vindication of the *claim*, not of its baselessness in the first instance!

Musk’s effective defence was that he could do no (legal) wrong here, as nobody could take him seriously. Unfortunately, even outside this matter, many did and presumably still do.

As this sad, sorry court-verdict shows – just because it’s difficult to take something seriously, does *not* mean it lacks for tangible and detrimental impact.

I feel genuinely sympathetic for Unsworth.