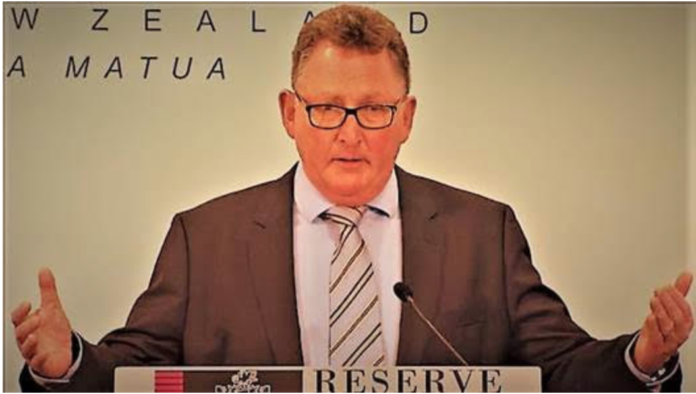 Chris Trotter writes that the Reserve Bank Governor Adrian Orr could be a ‘revolutionary’ by forcing the Aussie banks to hold more funds to cover liabilities in a crisis such as that of the big bust of 2008.   Trotter thinks that this opens the revolutionary road of converting state guarantees into state share holdings. By increasing the state share on the installment plan the banks could be fully nationalized. Who knew that the state banker could have found the balls to outflank Labour on the left and give us the means to realise ‘democratic socialism’?

The problem is that there is no evidence in support of this utopia.  The massive bailouts in 2008 that rescued capitalism did not result in creeping nationalisations. The banks survived, and once profitable again, bought back their shares. Similarly, industrial corporates like General Motors, did the same. So, what is missing from this ingenious plan?

What is missing is any understanding that nationalization, even in full, by the bourgeois state is the exception to the rule of private property. The state’s role is to represent capital, facilitating and protecting its rule over labour. In crises of falling profits which disrupt capitalism’s growth, this protection may extend to nationalizing property as an emergency measure in the interests of the capitalist class as-a-whole. The point is to use the powers of the state to rescue private capital and restore its profitability. The parliamentary left has always preached that nationalization or ‘socialisation’  is the peaceful road to socialism. But after all the booms and busts and wars for greed are summed up, nationalisation has been used as a tool to allow private capital to survive and accumulate.

This is proven by the fact that the neo-liberal counter-revolution of the 80’s and 90’s acted to simultaneously nationalize banks and corporates ‘too big to fail’, while also privatizing state assets, mainly in the ‘developing world’ to extract more surplus-value to restore falling profits at home.

In Aotearoa, this is well documented as in a social laboratory. State ownership was necessary to establish and sustain the market. It provides investment and subsidies where private capital is lacking or cannot risk investment. The market was not the child of Adam Smith’s “hidden hand” but Grey’s and Vogel’s “helping hand” of colonising wars and state aid. Yet such assets in public ownership are quickly privatized when they prove profitable. Neo-liberal NZ from the 1980’s to today, is living proof of that. Therefore, reality tells us that capitalist nationalization is in the last analysis a tool of the ruling class to protect and maintain private property and private profits.

It follows that for working people to take back what is their accumulated historic labour, expropriated as profits by the capitalist class in industry, services or banking, it is necessary to replace the class system in which capital rules over labour. Working people cannot buy their future freedom on the installment plan. The Reserve Bank cannot take over the banks by creeping nationalization, because its very existence is premised on regulating the role of money as the circulation of capital stolen from workers.

At a deeper level, the Reserve Bank, merely manages the circulation of money in market exchange which itself is one moment facilitating but not adding to the production of value in the capitalist system. Even the early Labour Government, formed to divert workers into bourgeois parliament, recognised that is was necessary to “socialise the means of production, distribution and exchange” – of course, peacefully in parliament.

A workers’ government representing the interests of all working people is not possible without their own class state. Yet they cannot create a workers’ state without overthrowing the bourgeois state through an armed revolution capable of defeating the power concentrated in the hands of that class state. A workers’ state defended by the armed workers would then be able to expropriate capitalist property and begin to plan production for need and not profit.