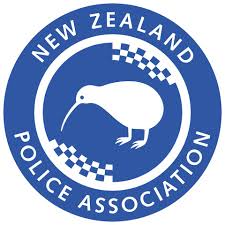 New Zealand Police Association condemns comments made by People Against Prisons Aotearoa following the fatal police shooting of an armed man who had made threats of suicide.

Association President Chris Cahill says the reality of the situation is that police are the only responders available 24 hours a day to attend these sorts of situations.

“They are dealing with thousands of mental health emergencies every year and the vast majority end peacefully with the person receiving the care they need,” he said.

“In this situation that did not happen and I extend my sympathies to the family.

“The unfortunate reality is there will be circumstances in which people in mental health distress present a serious threat to themselves, their families, the public and police.

“Police are the only group able to respond in such circumstances and it is offensive for People Against Prisons Aotearoa to claim that if police can’t handle these situations without killing that person, they have no business being first responders,” Mr Cahill says.

“It is all very well for those who don’t have to be judged by their actions in responding to such extremely tough situations to criticise, but every day it is police officers who have to make these incredibly tough decisions and act.

“When police are involved in a suicide call-out, things have already reached a crisis point and that is a failure of the mental health system, not of police. These people need support earlier so they don’t end up in such interactions with police,” he says.

“When people in such crises are armed, the community expects police officers to attend and that’s exactly what they do. We should never believe it is easy for an officer to be in a situation such as that which unfolded in Kurow last night.”

Southern District Acting District Commander Darryl Sweeney has told media that because police believed the man had access to a firearm, officers had to be armed as a precaution, and they were subsequently confronted by the man with a gun.