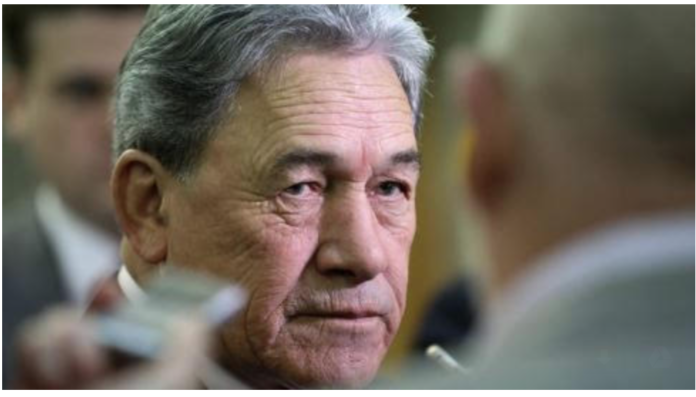 AND SO IT BEGINS. Once again, the enemies of Winston Peters are manoeuvring to eject him and his NZ First Party from Parliament. Once again the primary vector for their attack is the news media. And, once again, Peters is making it easy for them.

To understand what is happening and why requires (at least) two investigations. The first, into the chameleon-like character of NZ First and its leader. The second, into the uses to which New Zealand’s political journalists have allowed themselves – and are still allowing themselves – to be put.

NZ First, like its leader, has always had two faces. Outwardly, it is a conservative-nationalist party determined to preserve both the New Zealand character and the New Zealand economy from the cultural, political and financial impositions of foreign powers and peoples. Behind the scenes, however, Peters and his party have simultaneously positioned themselves as practiced and practical political enablers.

NZ First’s hidden face is a necessary adjunct to its public countenance. Throughout New Zealand’s brief history, conservative parties and crony capitalism have marched together in lock-step. In such a tiny society how could they not? Only the state has ever had access to the huge capital resources required to facilitate economic development. For capitalists, large and small, that meant securing their desired economic outcomes by cultivating mutually beneficial political relationships. Naturally, the individuals, businesses, and political parties involved in this activity were not at all keen to have their behaviour trumpeted from the roof-tops. If deals needed to be done, it was overwhelmingly in the interests of all parties that they be done in secret.

Up until the 1980s, National had been the go-to party for business leaders on the scrounge for government assistance. It would be wrong to brand what took place as “corruption”. (Although that is certainly what most Americans and Europeans would have called it!) Only on the very rarest of occasions were individuals quietly handed a brown paper envelope stuffed with banknotes. Not necessary. The rules of the game were clear. If a government minister intervened on a business’s behalf, then the very least it could do was make a generous contribution to the coffers of the governing party. And when the obliging politician retired, a seat on the assisted company’s board-of-directors. No brown paper envelopes required – only patience.

A very Kiwi kind of corruption.

Winston Peters learned how to play this game from one of its grand masters, Rob Muldoon. The expectation that helping businesses to flourish was one of the most important responsibilities of a conservative New Zealand politician was deeply ingrained in Peters’ generation. They neither understood nor approved the sudden economic shift from the local to the global. If the distribution of resources was no longer the function of those in control of the nation state, but of transnational corporations and financiers, then what, exactly, was the point of politicians?

When viewed from this perspective, Peters political practice makes perfect sense. If his party was to rescue New Zealand business from the clutches of international financiers, then Kiwi businessmen would have to help him do it. Quid pro quo. But never, ever, where anybody not familiar with the rules of the game might witness the quids pro-quoing! NZ First’s obsessive secrecy is simply the organisational refection of its rock-solid commitment to rescuing New Zealand Inc: one contribution at a time.

If this is errant political behaviour, then there is something quaintly patriotic about it. Those tempted to climb upon their high moral horses should first ask themselves which is worse: taking thoroughbred-breeders’ money to rescue the racing industry; or, taking money from the People’s Republic of China to ensure that New Zealand remains open to its investors? Because it would be a huge mistake to think that political corruption is a thing of the past. All that’s happened is that, just like the rest of the economy, the locus of corruption has shifted from the local to the global. And, as the stakes have grown higher, so have the pay-offs.

Where does the news media fit into all this? Essentially the role of the news media in dealing with political corruption hasn’t changed at all. In the past, the job of the press was to ensure that, even when they were looking directly at it, New Zealanders would fail to recognise corrupt behaviour. In a country as dependent upon crony capitalism as New Zealand, scorching media exposés of political and business venality could only undermine people’s faith in the system – maybe to the point where it collapsed completely. Best to turn a blind eye.

The advent of globalisation, along with the neoliberal revolutions it necessitated, only reinforced the news media’s role as the justifier of capitalism’s mysterious ways to the ordinary man and woman. In the new order, however, there was an additional duty. The final and furious destruction of any politician or party foolhardy enough to defend the way things were done in the bad old days – back when the country was run, you know, like a Polish shipyard.

Unsurprising, then, that Winston Peters and NZ First, from the moment they acquired independent political form, were targeted by the news media for termination with extreme prejudice. That Peters cemented his status as the people’s tribune by exposing the massive financial corruption scandal known as “The Winebox Affair” only made his political termination all the more urgent. The 25 years of unrelenting media hostility to which Peters has, accordingly, been subjected by this country’s political and business journalists is nowhere near as surprising as the fact he has survived it.

Just as they did in 2008, the present attacks will go on and on. Politicians will collude with press gallery journalists, and press gallery journalists will collude with politicians, both groups making sure that the grubby process of leaking information and priming the public for ever-more shocking revelations continues right up until the general election. Completely ignoring the decades-long enfeeblement of our electoral watchdogs, Peters and NZ First will be condemned for the gaming of a system which no government has ever bothered to make un-game-able. This time, however, the assistance rendered by right-wing bloggers and tweeters will be even more decisive.

Twelve years ago, Winston Peters was still robust enough to come back from the political crucifixion which his political and media enemies had prepared for him. In his seventies now, the chances of a second resurrection are slim. We should, therefore, prepare for the last gasp of Old New Zealand’s very Kiwi corruption.