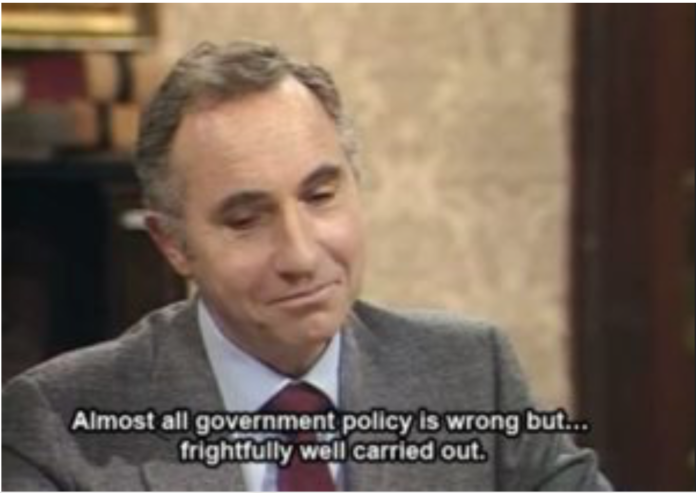 I think I’m done with Labour.

Their response to our neoliberal public service is MORE neoliberalism???

The State Sector Act 1988 will be repealed and replaced with a new Public Service Act.

Minister Chris Hipkins said the current law has reached the limit of what it can achieve in modern day New Zealand, and can no longer support the way public services now need to be delivered.

The new Act will give the public service more flexibility to respond to specific priorities or events, allow public servants to move between agencies more easily, and clearly establish the principles of an apolitical public service, he said.

Chief executive boards, or joint ventures, could also be set up to tackle very difficult issues; they would be accountable to one minister and receive a direct budget appropriation.

So instead of purging the public service of the neoliberal acolytes National appointed, Labour want to destroy what is left of institutional public service knowledge so that bureaucrats are simply inter-changeable butlers to serve whatever brainfart the Minister wants?

Newsroom have broken down the problems of the Public Service in a must read analysis that is deeply damning of the current system and helps explain that what Chippy here wants to implement will only make those neoliberal cultural anomalies even more severe.

Entrenching neoliberalism is certainly ‘transformative change’ but sweet Jesus it wasn’t what we were voting for.

I think I’m done with Labour.