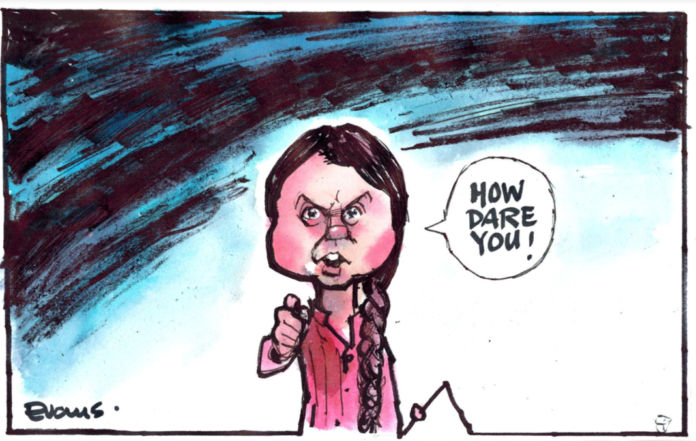 My initial response on reading the Report of the Environment Committee on the Climate Change Response (Zero Carbon) Amendment Bill (released on October 21) was to go and watch the Honest Government Ad ‘We’re F***ked’ another two or three times. Then I got on with the tedious job of ploughing through all 56 pages of it thoroughly to see if there was anything (anything!) in it that would constitute an improvement on the draft Bill, which received 10,000+ submissions.

(One of them was mine, which basically advised scrapping it and starting again.)

“Emissions budgets to be ambitious
As introduced, section 5Z(2)(b)(iv) would require the Minister and the Commission to have regard to “the need for emissions budgets that are ambitious but technically and economically feasible”. We recommend replacing the word “feasible” with “achievable”. We consider that the use of “feasible” could limit how ambitious an emissions budget may be.” (p. 11) I was ready to head off to the Web again to watch Groucho and Chico Marx taking the piss out of legalese in their classic scene from A Night at the Opera, ‘The Sanity Clause’.

…I was also ready for a reality check, in the form of the news that by 2024 (nine years after the Paris Accord which is – was? – supposed to hold the world to 1.5 degrees of warming, and just when the Climate Change Commission is due to do its first review of emissions reduction targets involving international aviation) Wellington airport will have started expanding over the current Miramar Golf Links and will have already spent about half of its $1 billion budget for increasing the size of the airport and its facilities. This is to cater for a projected doubling of annual visitor numbers from 6.4 million today to 12 million in 2040. (More on ‘Foster-ing the climate crisis, Wellington-style’, in my next post.) Back to the Select Committee report…

Are there any good changes recommended? Yes. The time frame for the CCC (Climate Change Commission) to get its reports containing recommendations to the Minister has been shortened from 12 weeks to 10 working days, and the publication of these reports from 12 weeks to 20 working days. The other important and significant change is that the Select Committee recommends that parliamentary scrutiny of emissions budgets targets be required, and that these should be regarded as policy documents with an equivalent status to the government’s investment statements and budget statements. While this is not giving the CCC the powers equivalent to the Reserve Bank to set and enforce targets (which many submitters asked for), it is at least a step in the right direction.

As for the rest – well, meh… Will it even happen? The National Party members on the committee provided a minority view which bears a lot of resemblance to the wishes expressed by their friends in Federated Farmers, and they will obviously argue their points vigorously during the second reading. They will lose, as this is a government bill. But never mind – with their mate Rod Carr as chair of the CCC, it’s unlikely that anything practical will be done that will upset them. Or at least nothing compared to what will upset the people who thought they (or their parents) were voting for urgent action on the climate crisis in 2017, and ended up with this apology for effective action.