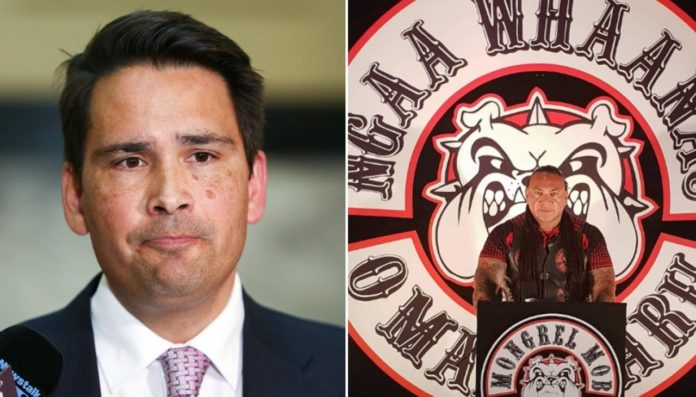 National’s Social Services Discussion Document was an odd mixture of headline-grabbing beneficiary/ gang bashing and a continuation of Bill English’s more thoughtful social investment approach. Overall it comes out looking like a Push-Me-Pull-You.

First up, a couple of points for context.

NZ Super is more than half of our welfare budget, and continues to grow by around $800m per year. Our biggest beneficiary group is the over 65s. This is far and away our biggest welfare issue. National to their credit are at least talking about it – wanting to raise the age of eligibility from 65 to 67. However, they don’t want to do this for another 20 years, and in the meantime they want to crack down on other benefits which are miniscule in comparison. Incidentally TOP prefers means testing NZ Super, which is a much fairer solution for manual workers and those who die younger (e.g. Maori).

Remember also that in 2014 researcher Lisa Marriot pointed out that the value of tax evasion was 40 times that of benefit fraud. Yet as a society we put far more resources into investigating benefit fraud. It is hard to know how much this has changed since 2017 but it is unlikely to be much.

The document pushes benefit restrictions and sanctions if:

Like most punitive policies that make eligibility more difficult, whatever money these changes save will be vastly outweighed by the cost of the extra paperwork. Maybe a handful of people would have their benefits stopped, and we can debate whether that’s a good outcome (generally it isn’t). Meanwhile, thousands of innocent bystanders would be tangled up in more red tape. We already know many people don’t get benefits they are entitled to, and in order to get their entitlement it takes people hours to navigate the system. The only real winners would be the Ministry of Social Development and the hordes of bureaucrats it would need to employ to make all these ideas work.

Remember that we already investigate benefit fraud much more than tax evasion. These proposals aren’t about saving money or even helping people, they are about sending a tough message.

There are plenty of examples of this stuff backfiring. We’ve already seen this with meth contamination, which resulted in Housing NZ apologising and admitting they wasted hundreds of millions on testing and cleaning up their properties. This Government ended up compensating a bunch of tenants for being wrongly evicted.

What about when Judith Collins proposed a law to crush boy racers’ cars? After nine years in power, her law managed to crush a grand total of three cars. How much time was spent passing that law? How many hours of officials’ time for drafting the legislation? How many hours being debated by 120 highly paid politicians? How many police hours for the requisite paperwork? All to crush three cars. Nice work, Crusher. I’d like to see the cost-benefit analysis on that idea.

Peppered among the tough rhetoric are the vestiges of some good ideas reminiscent of Bill English’s social investment approach. Bear in mind Social Investment isn’t dead under this Government, it has just been renamed and repurposed as Wellbeing. There are some differences, but also a lot of similarities.

The good stuff includes purchasing services for outcomes, a Social Innovation Fund, reducing benefit abatement rates, working in partnership with Community Housing Providers, supporting Housing First, supporting parents during the first 1000 days of a child’s life and improving prisoner reintegration into society. This all appears to be good, evidence based stuff.

Beneficiary bashing ideas and evidence based ideas are uneasy bedmates, but one recommendation in particular sticks out like a sore thumb:

A simple income support system is a great idea. It would reduce the need for an expensive bureaucracy to manage the unwieldy beast. More importantly it will make it easier for people to get what they are entitled to. That is why TOP supports an Unconditional Basic Income (UBI) – giving everyone $200 a week, no questions asked.

Here’s the problem. The punitive sanctions National are proposing are the exact opposite of a simplified income support system. As noted above they will only serve to tie beneficiaries up in red tape and result in the employment of more bureaucrats. This glaring contradiction ultimately undermines the credibility of their more evidence based ideas.