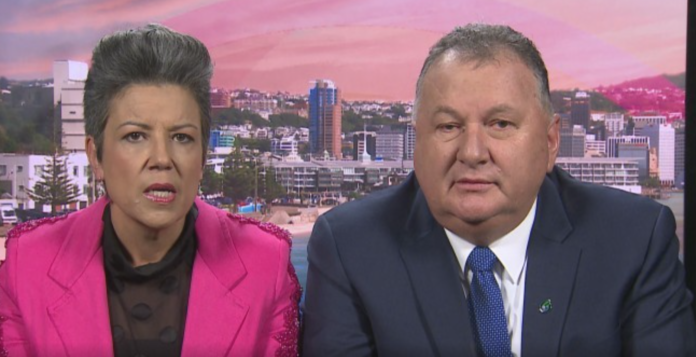 How dare Paula Bennett be allowed on TVNZ Breakfast and pretend this bash the bennie shit is anything other than raw meat spite for her feral ruddy necked banjo twanging voter base – it’s demonisation of the poorest for the worst political desires.

Look, no one ‘likes’ gangs but draconian crack downs on a community of people already poised on an eruption of gang violence between domestics & 501s seems like the worst idea. There are reasons Gangs are growing now, so deal with those causes rather than exacerbate the symptoms.

I’ve detailed the 3 moments that helped build the organised crime issue here,  but  now the cops are pushing for more powers, let’s focus on the solutions a progressive Government needs to look at implementing to combat organised crime without inching us closer to a Police State.

4 – Offer those who have debts with the gangs for drugs amnesty if they come to the Police  and complain about stand over tactics for those debts and wipe the debts in return for testimony.

5 – The Police already changed the evidential threshold for the proceeds of crimes act from beyond reasonable doubt to balance of probabilities so their demands to go after those that wash the cash is disingenuous in the extreme because they already have enormous powers in that regard – if Police want to catch the laundering element of organised crime, go to the biggest laundromat in the country – Sky City Casino! Far better surveillance of the Casinos around NZ will harvest greater intelligence of who is doing what. Allowing the Police the ability to spy on accountants and lawyers can easily be abused and the Police haven’t proven they can be trusted with those sorts of powers.

No one wants to see organised crime thrive, but we are at this place because of a unique invasion of NZ by Australian criminals who are far more violent than the domestic variants, this requires a real strategic thinking that the NZ Police are not well known for. Stuart Nash urgently needs to sit down with Police Intelligence and Police bosses to thrash out an urgent response because if the simmering gang war between the domestic gangs and the Australian faction erupts onto the streets, the electorate will turn to National for a war on crime.

The issues are complex and National’s desire to just punish won’t solve a damned thing, it will probably make things far worse!

We are adults and should be focused on social policy that actually fixes things, not create counterproductive outcomes that play to our worst angers.