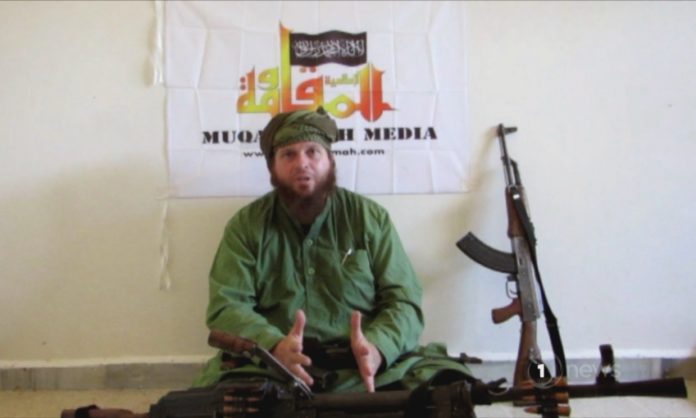 For reasons known only to them, the bloody Greens decided to attack this Terrorism Suppression (Control Orders) Bill from the perspective of identity politics…

Ghahraman is worried that the legislation employs foreign nations’ definitions of what terror is. She said countries like Iran – where she was born – consider feminists and political activists as terrorists.

“We are literally doubling down on oppression that foreign nations might be employing to define dissidence as terrorists, and we’re not employing New Zealand law in this… There is no place for it.”

The law might affect Mark Taylor, known as the “Kiwi Jihadist”, a New Zealander who lived with IS extremists in Syria for around five years, and earlier this year surrendered to local forces and was jailed in a Kurdish prison.

Ghahraman said Taylor could be tried if he made it back to New Zealand, and agencies like the Government Security Communications Bureau (GCSB) could watch him closely.

“There’s no place for this extra sort of dog-whistle law-making.”

Ghahraman said what’s “frightening” about the new law is that New Zealand would be relying on evidence collected by “foreign agencies that may have employed torture and we know that’s not going to be reliable information”.

“We know that they may be relying on convictions that are completely unsafe, or are actually targeted at political dissidence rather than actual terrorists.”

Ghahraman said the proposed law panders to “that tough on crime, war on terror language that especially in a post-Christchurch New Zealand has no place here”.

“We know that it will rile up fear and anxiety about something that isn’t a problem… We do need terrorism to be a crime, but we need to try it in appropriate circumstances.”

…lovely, but beyond all the alienating identity politics rhetoric are same fundamental issues  at stake here that the entire population needs to be concerned about and Andrew Little needs to re-evaluate.

Look, the idea that we have some type of safety net for the likes of this Mark Taylor clown is admirable. Electronic monitoring, restricted internet use, stopping association with some people, meeting with police twice a week and rehabilitation are all very worthwhile goals in attempting to reintegrate lonely people like Taylor back into the community, because you can’t just allow them to walk around without some attempt to rehabilitate them.

Taylor joined an Islamic death cult who is accused of some truly horrific acts, but his bumbling incompetence showed him up more as a lonely bloke who got caught up in online propaganda and realised very quickly that the dream of a Caliphate was a dreadful reality.

So sure, let’s have a law that entrenches a response to the Mark Taylor’s amongst us that builds an infrastructure of processes that helps rehabilitate him.

So far, so dandy.

But like with anything the bloody Government suggests, it’s not until you have a deep dive into the fine print that you start seeing a law that has a terribly large amount of worrying holes in it.

The Government want to allow secret evidence to find people guilty of future terror attacks they didn’t know happened using the balance of probabilities as the evidential threshold?

As someone currently fighting the NZ Police from domestically adopting secret evidence and secret trials, I find them wanting to enshrine it here pretty chilling.

We want an infrastructure that helps rehabilitate the Mark Taylor’s of the world and this aspect should be welcomed, but scratch the surface and there are some very worrying aspects to this new law that have very little check and balance built in.

If the Greens could reframe this as a civil liberties issue, which it most certainly is,  they would get a lot more support.

Dear Andrew Little – you need to have a long hard look at some of these loopholes because you could fly a plane through some of them.