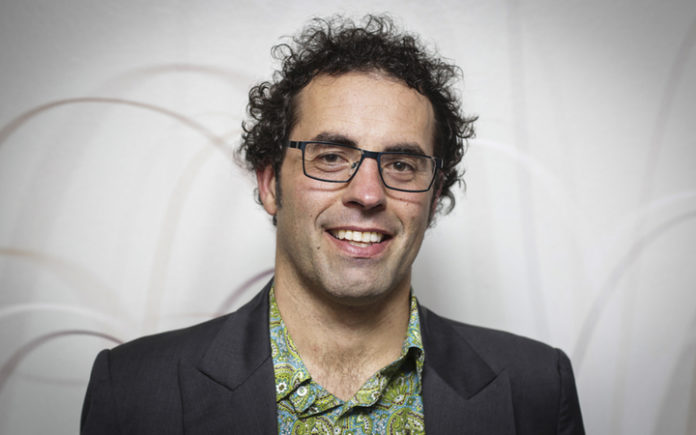 As an economist one of my pet peeves is lack of competition. Monopolies I don’t mind, at least people understand they are a bad idea. What really bugs me is duopolies and oligopolies, where you have a few big businesses in an industry that they look like they’re competing but they ain’t. Sure they advertise, run specials and slag each other off but ultimately they are happy with the status quo because they are fleecing us and sharing the spoils between them. If you are thinking about building supplies, supermarkets, petrol stations and banks then you are on the right track.

How do we know they aren’t competitive?

1/ There are usually massive perks involved. We all know about bankers, but big spending developers also get free trips to Fiji thanks to Carters and Fletchers.
2/ There are barriers to entry. For supermarkets these barriers are obvious, for building supplies the barrier is regulation.
3/ The ultimate test for consumers is they get crap value for money. We’re one of the most profitable markets in the world for banks. And for building supplies this is easy to show – costs are 30% lower in Australia.

Kiwis are used to getting ripped off by duopolies. We aren’t apathetic about it, but what can we really do? Most subbies give up worrying about ripping off their clients and wait for the day when the lumber is on their loyalty card.

Does that sound familiar to you? Take out Carters and Fletchers and sub them in for Labour and National. Red and blue. They look like fierce competitors, but in reality they just take turns in power, sharing the spoils of the baubles of office. They keep out competitors by refusing to implement the findings of the MMP Review, they rig public electoral advertising funding, and play silly buggers with the OIA. And their value for money is shocking.

For more than 20 years now we have been stuck in a political system dogged by short term thinking and tinkering around the edges. The two major parties look and talk differently but end up pretty much the same. Meanwhile the issues pile up: an environmental emergency, a housing crisis, an ageing population and a deluge of disruptive technology that we aren’t remotely ready for. Our young people lack opportunities, and hope for the future. It’s not fair. They have given up on politics, not because they are apathetic, but because politics hasn’t delivered.

Things CAN be different, we just need some decent competition to keep the bastards honest.

In petrol we have Waitomo.

In banking we have Kiwibank.

In Kiwisaver we have Simplicity.

And next year in Parliament we will have TOP.

So how do we break the duopoly when the barriers to entry are so high?

Ironically the way forward comes from the master of looking backwards: Winston Peters. Winston has shown us the key to breaking the duopoly is holding the balance of power. And what has Winston done with this power? He has squandered it on the past. After three terms in government, all he has to show for it is the Gold Card. Sorry, I stand corrected. It’s now the Super Duper Solid Gold Card.

Instead of looking to the past, TOP will hold the balance of power and force career politicians to face up to the future. We stand for fundamental change. I understand change is scary for a lot of people. But as they say if you don’t like change, you are going like irrelevance even less.

TOP have had a shit tonne of best practice policies since 2016. Some say too much policy. Regardless we will be ready to make a change in 2020 without spending 3 years stuffing around with Working Groups. We will be ready to break the Labour/ National duopoly and the Carters/ Fletchers duopoly on building supplies won’t last much longer.

Our priorities for the campaign in 2020 will be the Environment, Housing and the UBI. We will also be campaigning for a YES vote in the reeferendum.

The golden thread that unites those ideas is working smarter, not harder. Our growth in recent decades has come from working harder – more people working more hours for more cows and tourists. That isn’t my idea of true prosperity, and our rivers aren’t into it either.

Working smarter means looking for win wins. It means being more efficient with our energy use. It means investing in affordable, high quality, liveable inner city spaces. It means rewarding people’s effort, innovation and productive investment while taxing pollution, resource use and speculation instead. It means being ready for the 4th industrial revolution (automation, artificial intelligence etc) and using it to our advantage. It means doing it once, doing it right, then going home and having more time with your loved ones… or painting or starting a business, whatever you are into.

All that and more is totally possible if we break the Labour/ National duopoly. But to do that, we first have to convince people to Vote Different. Our new brand shows how we’re gonna do that.

Environment
Some say we are in a Climate Emergency, but it is more like an Environmental crisis. Younger generations have for some time delayed having children as they battle student debt or getting into the housing market. Now some are giving up the idea of ever having children at all, for fear of the future they will bring those children into. We have failed as kaitiaki of this land.

The Green Party are not going to achieve the change that is needed. They simply do not have the bargaining power they need shackled to Labour’s flank. Facing up the Environment crisis means that the environment needs to be represented at the table regardless of whether red and blue are in Government.

Housing
We know why folk are struggling. We know why businesses are struggling. It is due to excessive speculation on housing, and the resulting lack of affordable housing. To be able to afford to invest in a sustainable future – both socially and economically – we need to stop speculating on housing. TOP will focus on ALL the causes of this problem – infrastructure, our tax system, immigration, housing supply AND the building supplies duopoly. .

UBI
Finally, TOP will prepare the ground to seize the opportunities offered by disruptive new technology. Automation, artificial intelligence and synthetic meat and milk are all headed our way and we must be ready. That is why, amongst other ideas, we back an Unconditional Basic Income of $200 per week. We aim to give this to everyone, but will start with 18-23 year olds and parents with children under 3.
Where to from here?
We are ready to start campaigning. You are about to see our new look which we will be rolling tonight. Before the end of the year we plan to announce a Deputy Leader and key Spokespeople. By early 2020 our target is to regain the momentum we had in the 2017 election (2.5%). On election night 2020 we plan to have 10% of the vote and be holding the balance of power. We intend to seize the balance of power and shunt the risk averse career politicians into making some fundamental changes on these three issues.