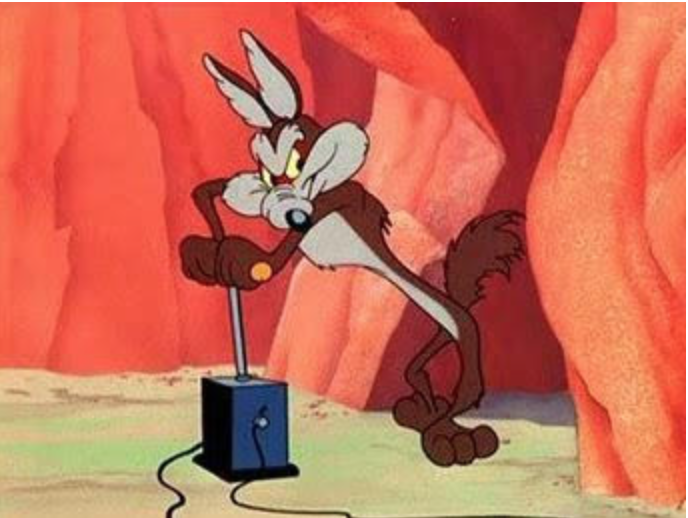 IS WINSTON PETERS planning to blow up the Coalition Government over Ihumatao? Sean Plunket has been reporting and analysing New Zealand politics for a long time, and he thinks that Winston just might be getting ready to do exactly that. Certainly, the last few days have witnessed Peters and NZ First’s prolix bovver-boy, Shane Jones, heaping plenty of disparagement upon the Ihumatao protesters. While his leader dismissed the protesters as “outsiders”, Jones drew the voters’ attention to their politically disqualifying “yoga pants”. These are not the sort of comments calculated to facilitate an equitable solution to the Ihumatao problem.

Why would Peters want to blow up the government he helped to forge? The bleedingly, bloody obvious answer is that NZ First’s ongoing participation in the Coalition is causing it to haemorrhage voter support. The party is already well below the 5 percent MMP threshold, and Labour has yet to gift NZ First an electorate seat lifeboat of the sort Act’s David Seymour received from National in Epsom.

Without that insurance policy against continuing sub-5 percent poll numbers, Peters and his party are acutely vulnerable. All Simon Bridges has to do is let the clock run out on the 2020 General Election and then announce that National has ruled-out NZ First as a potential coalition partner. What’s left of Peters support would instantly defect to Labour for fear of seeing their votes ending-up in National’s column. Game over.

Or, Peters could put himself at the head of all those New Zealanders who refuse to countenance the Coalition Government caving-in to the Ihumatao protesters. The most effective way of doing this would be to issue Prime Minister Jacinda Ardern with an ultimatum. If she refuses to uphold the legal agreement between the officially recognised mana whenua of Ihumatao and Fletchers, then NZ First will be obliged to withdraw from its coalition agreement with Labour.

That would put Jacinda in a hell of a fix.

Accepting Peters’ uncompromising position on Ihumatao would require the Coalition to clear the occupation site of protesters. Undoubtedly, there would be an electoral upside to such an unequivocal demonstration of state power. NZ First would benefit enormously, quite possibly to the extent of drawing back some of those who defected from the party after Peters threw in his lot with Labour.

They would not be the only ones, however. Labour, too, would benefit: strengthening its grip on traditional Pakeha supporters – just as it did when Helen Clark overturned the Court of Appeal’s judgement on the ownership of the foreshore and seabed. Whether that would be enough to offset the almost certain loss of the Maori seats, and the absolutely certain defection of young, progressive voters to the Greens is much less certain.

All up, however, the Peters option would introduce a level of ideological tension into the Coalition that would render it even more dysfunctional than it is at present. It would also place Jacinda in the same prime-ministerial club as Bill Massey, Syd Holland and Rob Muldoon. Rather than her legacy being one of kindness and compassion, she would be remembered as the Labour Prime Minister who laid waste Ihumatao’s occupation camp and arrested its protectors. Like Massey’s Cossacks, the 1951 Lockout, Bastion Point and the 1981 Springbok Tour, the name “Ihumatao” would find its place in the New Zealand lexicon of political infamy – alongside “Ardern”.

Rather than accept such a grim legacy, Jacinda would, almost certainly, ask the Governor General to dissolve Parliament and call a new election.

The sharp political polarisation that would, inevitably, follow such a dramatic move would leave little room for Peters and his party. Unless he was able to strike a deal with Simon Bridges and secure for himself, or Shane Jones, the seat of Northland, NZ First would be out of Parliament.

Labour’s survival would necessitate a decisive shift to the left. An electorate deal with the Greens in Wellington Central would also be required. Freed at last from NZ First’s right-wing shackles, Jacinda could go to the country with the promise of a genuinely progressive government. The slogan – “Let’s do this properly!” – springs to mind.

The outcome of the election would likely be decided by the size of the voter turnout. If Labour and the Greens were able to successfully cast the contest as a battle between the racism and selfishness of the old versus the diversity and generosity of the young – and then persuade the young to get out and vote – who knows, they just might win.

Or, as Sean Plunket would no doubt call the result: “Middle New Zealand” buries Jacinda and her woke army of “progressives” beneath a landslide of Te Riri Pakeha – the white man’s anger. In the final scene, Simon Bridges and Winston Peters (or is that Shane Jones?) appear in silhouette atop the wreckage: shaking hands as the sun sets on Labour’s, the Greens’ – and Ihumatao’s – shattered dreams.