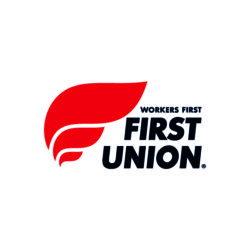 Workers at Farmers Department Stores who are members of FIRST Union are today entering into a round of meetings to vote for more industrial action.  Meetings will continue over the next two weeks.

Following from yesterday’s announcement that K Mart workers have achieved the living wage, Farmers workers, who have been through two weeks of industrial action already are meeting to discuss stepping their action up to achieve the same.

FIRST Union secretary, Tali Williams said “Farmers retail workers are telling us that they have been spurred on by the victory at K Mart and are excited to keep going until they achieve the same thing. And there is no reason why they shouldn’t. Farmers Department Store is a New Zealand owned family brand and they need to take responsibility for paying their workers a wage they can live and thrive on. If a department store that prides itself on low prices can pay a living wage, then Farmers really have no excuse”.

FIRST Union members are Farmers Department Stores have been wearing campaign stickers and t shirts that say F for Farmers. The campaign slogan refers to the unfair performance pay system and the low wages that see 20% of staff living on just the minimum wage. In various stores workers have been walking off the job. “Farmers Department Store can expect an escalation of this kind of activity” said Ms Williams “Our members are clear and motivated in their aspiration to achieve a living wage.”