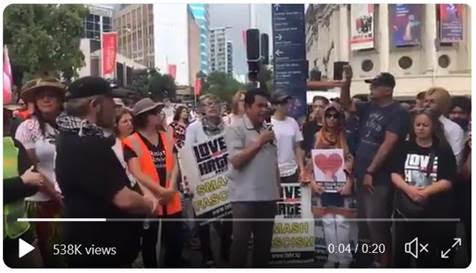 THE RUINS of the Twin Towers were still smoking; people the world over still reeling in shock; and, already, conspiracy theorists were blaming the Jews. The whole 9/11 operation could not possibly be the work of Al Qaida, these conspiracists argued. Bin Laden’s operation simply wasn’t equipped to execute an attack of such extraordinary complexity and lethality. Only Mossad could do that. It just had to be the Israelis.

Why would the Israelis attack the financial capital of their staunchest supporter, the United States of America? How could their involvement in such a colossal crime possibly be kept secret? And, when Israel’s culpability was eventually exposed, and the United States, in righteous wrath, had declared its long-term friendship with the Israeli state to be at an end, what would the perpetrators have gained?

Alas, conspiracists do not trouble themselves with such questions. Great tragedies require great causes. Anything less is an insult to their victims.

That a slipshod operation, which should have been detected and shut down long before any young jihadi ever set foot on an American airliner, somehow managed to succeed, could not be the fault of a US national security apparatus riven with inter-agency rivalries and absurd partisan prejudices. That would be too awful – and too simple – an explanation. There had to be something darker, deeper, and more fiendish at work on 9/11 than straightforward bureaucratic incompetence. And what could be darker, deeper, or more fiendish, than the International Jewish Conspiracy?

Fast-forward to Friday, 15 March 2019, at the Al Noor and Linwood mosques in Christchurch, New Zealand. Fifty Muslim worshippers are shot to death as they pray.

Within half-an-hour, the Police have intercepted and arrested a 28-year-old Australian white supremacist. The following day he is charged with murder and remanded to New Zealand’s most fearsome maximum-security prison at Paremoremo.

A shocked and shaken nation pours out its grief and support for New Zealand’s Muslim community. The New Zealand Prime Minister, Jacinda Ardern, wins international praise for her empathy and dignity. She moves swiftly to outlaw military-style semi-automatic firearms and announces the setting up of a Royal Commission of Inquiry into all aspects of the tragedy.

End of story? Sadly, no.

Even before the bodies of the victims of the Christchurch Mosque Shootings had been laid to rest, a steady drumbeat of anxiety and doubt about the official version of events began thumping away in the shadows.

Was it at all plausible that the Christchurch Shooter acted entirely alone? Is it possible that such a man could hide in plain sight – drawing absolutely no attention to himself for more than two years? How was he able to afford the extensive foreign travel he is known to have undertaken? The guy had no job – so who paid his rent? Could someone without extensive training in terrorist techniques have planned and executed so large and lethal an operation? If not, then who trained him and guided him under the authorities’ radar? Were the 15/3 attacks really a “lone-wolf” operation – or did the Christchurch Shooter have help?

All of these are fair and reasonable questions, and the Royal Commission of Inquiry will undoubtedly spare no effort in answering them.

Unfortunately, the opening of the Royal Commission’s proceedings is months away, and those most deeply wounded by the Christchurch Mosque Shootings are looking for answers now. More importantly, they are looking for a villain who is larger and more impressive than the individual being kept in solitary confinement at Paremoremo.

Who hates the Muslim world enough to slaughter 50 innocent men, women and children? Who has “form”?

On Sunday, 24 March 2019, at a “Love Aotearoa. Hate Racism” demonstration of around one thousand Aucklanders in Aotea Square, at least two people decided to answer those questions.

According to Newshub reporter Scott Palmer:

[A Mt Roskill resident] gave a speech questioning where the gunman got his funding from. He said he suspected it came from ‘Mossad’ and ‘Zionist business’.”

His words were recorded by Apna Television:

“I really want to say one thing today. Do you think this guy was alone … I want to ask you – where did he get the funding from?

“I stand here and I say I have a very, very strong suspicion that there’s some group behind him and I am not afraid to say I feel Mossad is behind this.”

One person can be heard shouting in support: “It’s the truth. Israel is behind this. That’s right!”

If he could have heard these words. If he could have followed the hurt and outrage of New Zealand’s Jewish community on Twitter. If he could have detected the first hairline cracks in the splendid edifice of unity and compassion constructed by Prime Minister Ardern and her fellow New Zealanders. Then, it is difficult to imagine the Christchurch Shooter responding in any other way than with a broad, lone-wolfish grin.