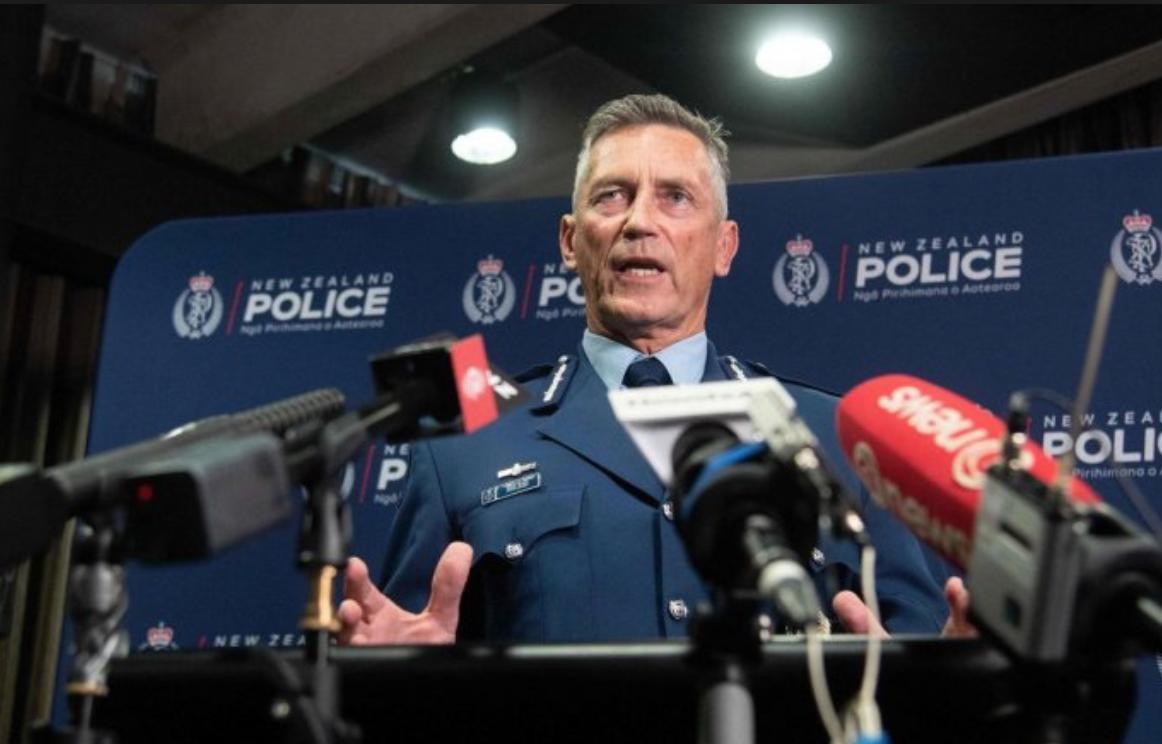 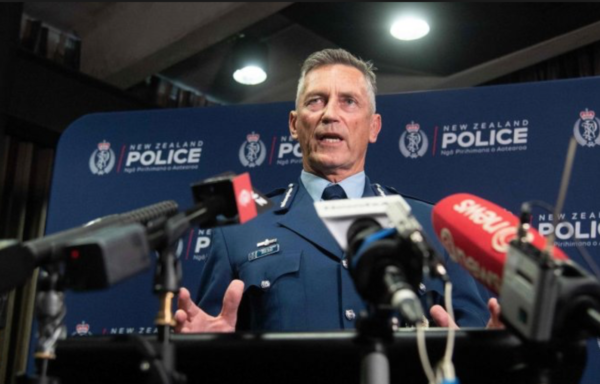 When PM Ardern restricted Trump’s offer of assistance to, “Your moral support is all we need”, she got that right.

When PM Ardern said that the perpetrators of the Muslim massacre were Australian, she also got that right.

What she got wrong, in my view, was her suffix phrase: “(they were Australians) who have no right to be in New Zealand” (or words to this effect) (BBC).

Australians are not our enemies.  We just happened to be host to a very sick Aussie when he did his thing.

Rabid right-wing bigots and nationalists, are our enemies – and we have plenty of those here in Aotearoa.

The real question is: Why did our guardians have no idea about what was happening until it happened?

As a result of my role as second in command of Red Squad, and later, the commissioned officer in charge of police intelligence gathering i.e. C.I.S. aka spies in Auckland, there were many Kiwis who considered (and may still do) that when I entered parliament, the nation had elevated a right wing radical.

Perception however is rarely reality and I hope I have been able assuage some of that lingering sentiment via The Daily Blog:

However, what my police career did and what my private business activities in Africa, the Middle East, Russia and North Korea has done, is to equip me to critique the security apparatus of New Zealand.

Note:  Based on reports of Tarrant’s odyssey across the globe prior to landing in NZ, he too has been through some of the lands in which I spent several years.  But we came to different conclusions.

Where were GCSB when the perpetrators flushed their garbage across the global networks;  social network ranting culminating in a manifesto and strategy for mass murder? How did GCSB miss this?

Let’s get to the point of how this massacre was able to unravel with GCSB and police on both sides of the Tasman, unaware of trouble brewing.

1 Why did not, GCSB personnel identify the perpetrator of this massacre, through his historic and contemporaneous social media activity?

2 What of undercover cops attending meetings of radicalized groups, whether in NZ or Australia?   Note: This infiltration of suspect groups was standard procedure when I was O/C C.I.S. It’s what spying is all about!

“None of those in custody had been on active security watch lists in New Zealand or Australia.

“I have asked our agencies this morning to work swiftly on assessing whether there was any activity on social media or otherwise, that should have triggered a response,” the prime minister said.  (BBC)

The Prime minister was right onto it.

But don’t get sidetracked by bureaucrats diving for cover and inane solutions being presented by MP’s who are not really equipped to deal with this problem.

The perpetrator has no criminal history in Australia or NZ.

Is this relevant?   Is this the only way police in ANZAC can identify a potential mass murder?

The gun laws are wrong, some protest?

Is this relevant?   Whether the laws require weapons to be registered or the owners of weapons to be licensed, makes little difference to what happened in CHCH.

Guns don’t kill people.  People kill people with guns.  The current law requires people to pass a gun safety test and a psyche test.  If they pass, they can buy as many guns as they can afford.

But when a bandit wants to steal a gun from a gun owners’ residence or smash and grab a gun shop; whether the gun or the person is licensed, is irrelevant.   The end result is a gun ends up in bad hands.

The hard questions to be directed at they who demand more budget and more power but deliver zilch, include:

Where was the ‘value’ New Zealand are supposed to reap from our participant in the lauded anti-terror technology of Five Eyes?

Perhaps GCSB were too busy watching the rugby on their hi-tech computers to notice right wing calls to rebellion and massacre?

Perhaps GCSB were back in Tuhoe looking for the evidence of terrorism, which the Solicitor General said, did not exist?

Perhaps GCSB were still collecting data on Dot COM for the FBI?

Perhaps GCSB were too busy sowing fear and loathing about Huawei, as a surrogate of America’s blatant attempt to preserve its atrophying commercial dominance in face of fast rising Chinese commercial might?

Perhaps GCSB were ensconced in Bellamys, seeking to infect the addle pated amongst our elected representatives, with harrowing projections of terrorism, as justifications for more budget and more powers?

Historically, NZ has bred its fair share of right- and left-wing radicals.

For example, the BXXXX Boys who bombed Air France in Downtown Auckland in protest at French nuclear testing at Mururoa in 1968 were two left wing terrorists (by modern terminology).

As a detective of Regional Crime Squad in the early seventies, Vietnam days – we had networks of informants amongst anti war groups.  This was a core component of CIB: Nurture informants – fifth columnist within groups opposed to Government policy.

But by far, the biggest threat during the period I was on Red Squad and later as inspector in charge: Criminal Intelligence Section & V.I.P. planning, came from right wing radicals around Christchurch.

I don’t recall their names but I do recall the hard data we (police) were getting consistently during the eighties about right wing cells in CHCH.  Extreme stuff. This was post ’81 Tour and passions were still intense. CHCH remained a bastion of right wing clandestine political fevour.

Paradoxically, we focused more on the left-wing groups and Maori activist who were perceived as more dangerous than vicious right-wing conservative rhetoric emanating from the South.

Perhaps the personal conservative value system (and trust me – overwhelmingly cops are conservative and National party voters), of cops and spies, inhibits their ability to objectively assess information about the dangers of left or right groups?

As I read the history of Tarrant; perpetrator of a day of infamy in CHCH, he and his associates spent a fair bit of time in this region.

As a result of this city’s history of radicalized right-wing groups, failure of police and GCSB to have entrenched and effective spying apparatus in that sector, is in my view one good reason why we need a review of what I say, has been a lamentable performance by any measure of national security providers.