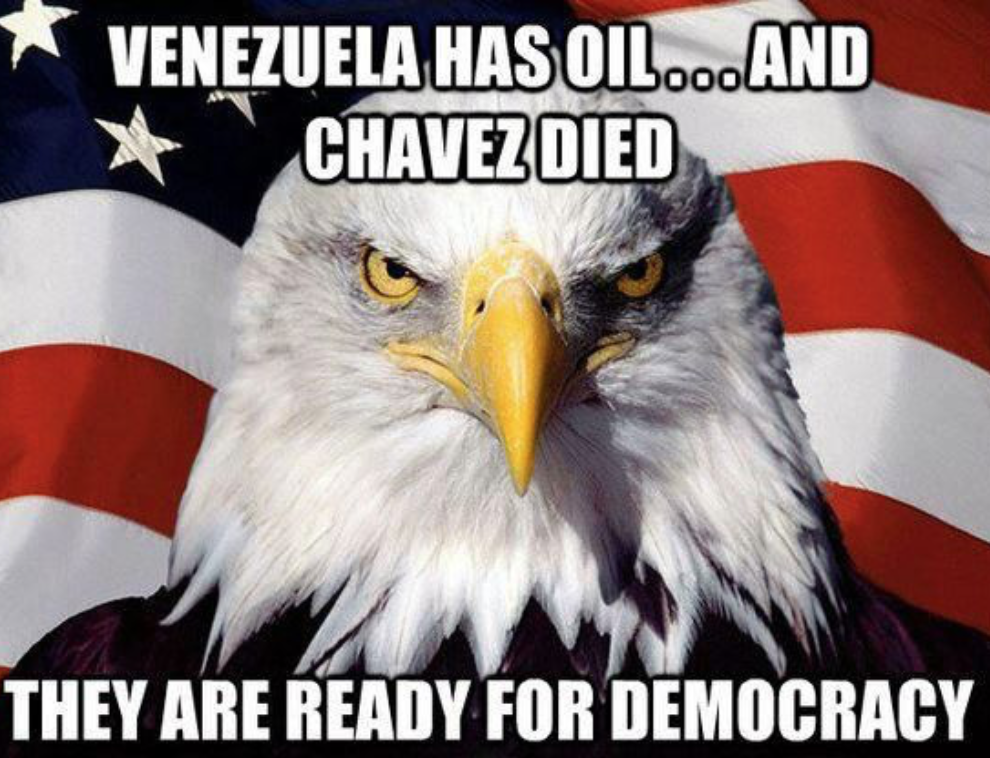 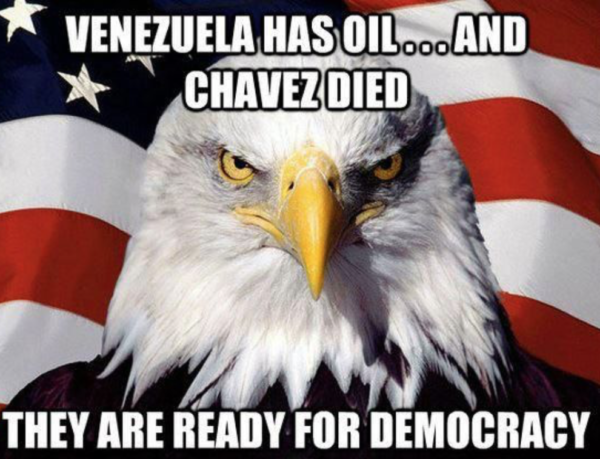 Global Peace and Justice Auckland is encouraging all supporters of peace and justice to join the international day of action on Saturday, March 16 against the US government’s effort to engineer a coup in Venezuela and a new devastating war there.
The call has been endorsed by dozens of union, political, church and community leaders. (See endorsers list here)
The aggressive policy against Venezuela repeats the ugly pattern of wars for regime change in the oil-rich countries of Iraq and Libya. The US government’s National Security Advisor John Bolton is reading from the same script, declaring a “troika of tyranny” in Latin America (like the “axis of evil”) as a precursor for regime change first in Venezuela, and then Cuba and Nicaragua. Trump has always said that the “mistake” of the Middle East wars was that the U.S. didn’t “take the oil.”
The White House aims to overthrow the government of President Nicolás Maduro and replace him with Juan Guaidó. Guaidó is a U.S.-trained operative who was unknown to the vast majority of Venezuelans before he proclaimed himself president — at Vice President Mike Pence’s urging. Although Guaidó has the backing of US President Trump, the CIA, and the Republican and Democratic Party leaderships alike, huge numbers of Venezuelans have marched to reject this coup and defend their independence.
The New Zealand government should continue to resist pressure to support the coup attempts in Venezuela but also speak out against the economic and political warfare being waged against the people of Venezuela.
The media in New Zealand has a responsibility to not simply accept the newswire services from the United States media which simply parrot the US-government line. We only have to remember the endless lies about Iraq possessing weapons of mass destruction that were also accepted without question and proved to be lies to justify a war for oil.
One example was the CNN report published by the New Zealand Herald supporting the US government claim that Venezuela had burnt the so-called aid being delivered by anti-Venezuelan government forces in Colombia. A special report by the New York Times discovered that the opposite was true. But the NZ Herald article remains on their website.
On March 16, the people of the world will come together to say:
U.S. hands off Venezuela!
NO to the coup — the U.S. does not have the right to select other country’s leaders!
NO to the sanctions, oil embargo and economic war on Venezuela that aims to cause suffering for ordinary people in the country.
NO to intervention and war from the U.S. and their proxies in the region
Hands off Venezuela Aotearoa facebook page