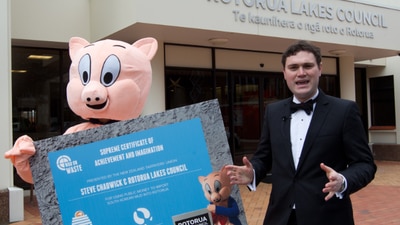 With regard to the Jordan Williams piece in yesterday’s Herald …

…..it’s one of those things wherein I read this, and then I went “if Jordan Williams wants to support Tamihere to oust Goff .. HE WOULD BE WELL ADVISED TO SHUT UP ABOUT HOW HE IS SUPPORTING TAMIHERE TO OUST GOFF”

But in order to turn a ‘dog-whistle’ into an outright “HERE BOY” as applies them ‘right-wing’ supporters … Williams (and, no doubt others) will start spooking those *other* [i.e. ‘leftish’] voters who would have been Tamihere’s locked and stocked ‘base’ to expand from.

Because no matter how good-sounding Tamihere’s slogans and billboards and Herald columns about housing Aucklanders, sorting out services etc. might be – the residual impression that he’s being supported by the sort of hard-neoliberal technocratick torturers responsible for so much misery in the lives of ordinary New Zealanders, is *hardly* going to be a winner when seeking out those self-same Kiwis’ votes.

Now, it would be one thing if the linkages between Tamihere and various elements of the National Party were kept , as it were, ‘sotto voce’. A sort of “we can work with anyone in favour of good ideas”, kinda pitch, as suggested somewhat by the red-and-blue campaign branding. After all, this is local body politics. It’s not unheard of and indeed pretty regularly recurrent for exactly this kind of thing to happen – personality, in some instances, matters *far* more than whatever kind of card you may or may not be carrying in your wallet for national-level party membership.

But thanks to Williams’ screeching abrasive would-be prognostication … if it keeps up, there is a very real risk that the only ‘entrails’ being read, will be those of the Tamihere campaign.

As in .. outside of its body, and splayed through the news media so we can *all* follow along with the exact constituents of feculent matter to be found amidst its corners and curves.

Therein to find, apparently, and going on what Williams has suggested, a few half-digested Taxpayers’ Union reports and recommendations, etc.

And honestly, apart from the aforementioned circuits of Nats whor’e even now back-slapping themselves on how clever they are for thinking the whole thing up … who actually wants to vote for that?

About the only thing that can be feasibly said … is that the Jordan Williams piece in the Herald … is not actually a piece of Tamihere promotion.

Rather, it is a piece of Jordan WIlliams promotion.

With occasional “wouldn’t it be nice if there was a Nat candidate officiale” characteristics.