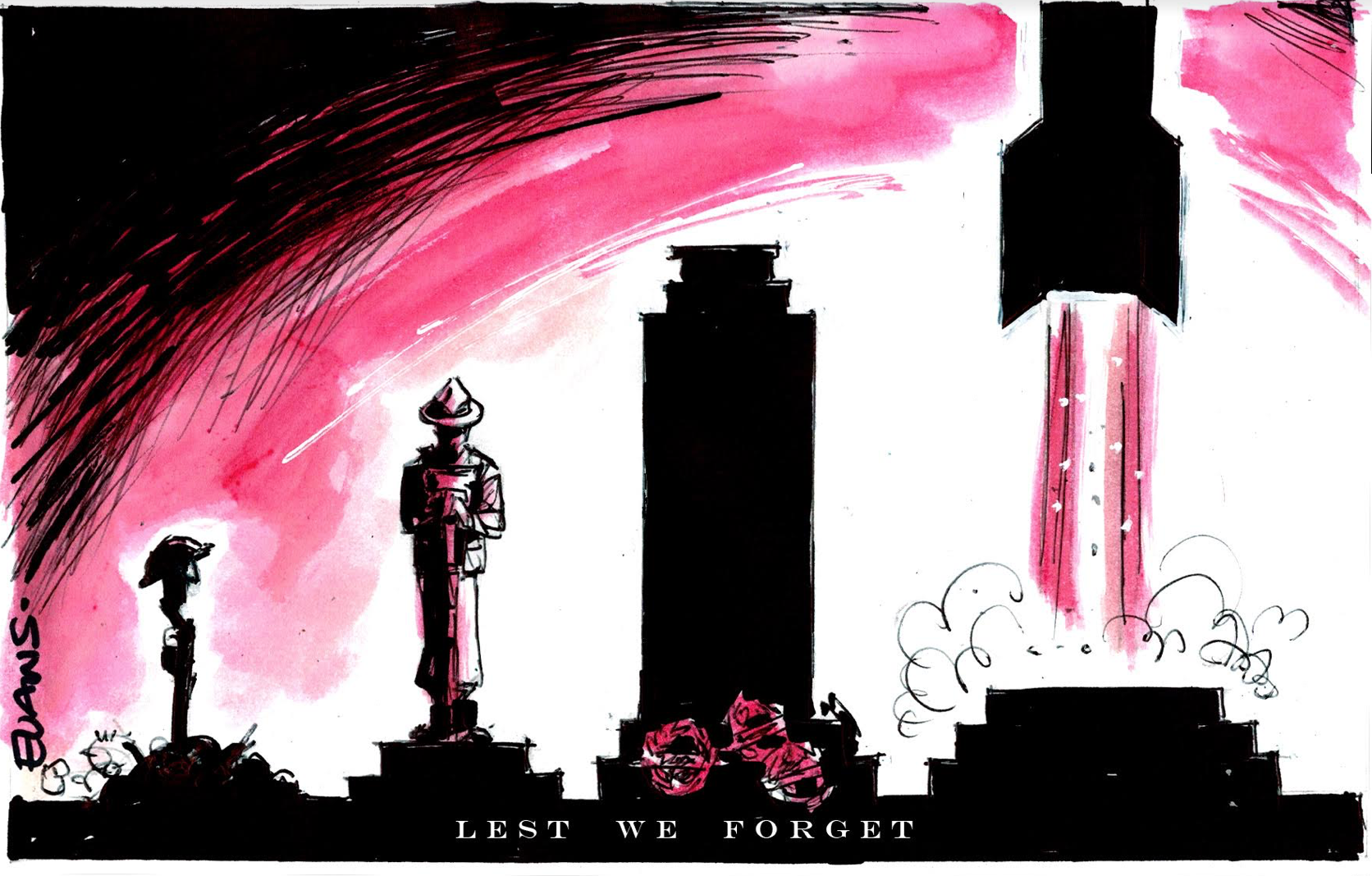 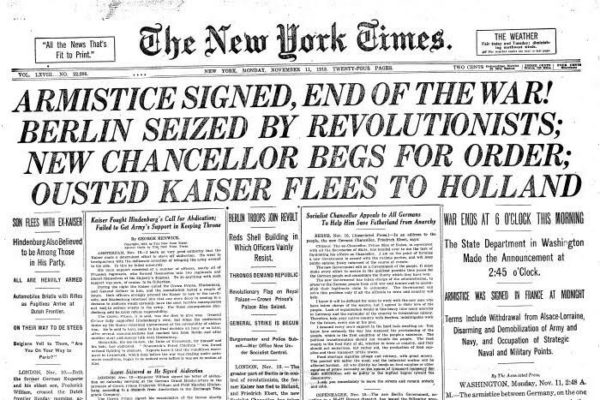 Today we are commemorating Armistice Day. This is the day when the fighting stopped on the Western front in Europe.

As a participant in this lie of the “war to end all wars” New Zealand had achieved the unique result of suffering the highest military casualty rate of any nation involved in that war.

I have written on this little-acknowledged fact previously, but it worth repeating the main points today. At the time New Zealand’s population was a little over 1 million and just over 100,00 men served in war theatres protecting the British “Empire”, hence these threatres included Gallipoli and Sinai-Palestine as well as the slaughterhouses in Europe.

New Zealand casualty rate in that war, killed or wounded, was 58%. That is equal to one-quarter of the adult male population aged between 20 and 45 and eligible to serve. Our death rate of those who served at 16.6% was higher than that suffered by Germany!

“The total number of New Zealand troops and nurses to serve overseas in 1914–18, excluding those in British and other Dominion forces, was 100,444, from a population of just over a million. Forty-two percent of men of military age served in the New Zealand Expeditionary Force, fighting in the Gallipoli Campaign and on the Western Front. 16,697 New Zealanders were killed and 41,317 were wounded during the war – a 58 percent casualty rate.”

Although numbers are difficult to estimate accurately, the German losses are thought to be around 13% of those who served. (see War Losses Germany)

This was because of the utter contempt that the British empire’s officer corps (drawn largely from the more stupid sons of the aristocracy) had for their own working class and peasant troops.

Captured officers from the other side were treated in a far superior manner than those of their own troops.

This war was strongly opposed by the fledgeling Labour Party in New Zealand and some of its leaders were expelled from parliament and went to prison for their stand.

It is also a bit weird that the commemoration is for an “armistice” rather than the actual official end of the war which did not happen until the Treaty of Versailles in 1919.

Most people think that “we” that is Britain and her allies, including New Zealand, defeated the German army in battle. Actually, there was no decisive battle. The German high command sued for peace while still occupying French and Belgian territory because millions of workers and soldiers across Germany had begun to take action against the war and privations that were a consequence of the war. Not only were they striking but they were forming workers, peasants and soldiers councils and raising the red flag upon town halls in city after city across the country. The military high command prevailed upon the Kaiser to appoint the Social Democratic Party leader as Prime Minister in a desperate move to save their own necks (literally and figuratively) from the revolution that was coming their way. The Kaiser was forced to abdicate and a republic was declared. The Social Democratic Party leaders had supported the war when it was declared by the German government unlike the Labour Party in New Zealand which was opposed. They SDP used their new power to help crush the workers uprising that was developing. The revolutionary antiwar leaders of the German workers, Rosa Luxemburg and Karl Liebknecht of the Spartacist League were murdered.

The war came to an end because of a revolution in Germany. Actually, it came to an end as a result of a series of revolutions beginning with the Russian revolution one year previously that overthrew the Czar and the capitalists and aristocrats behind him. The Bolshevik Party leaders of the Russian revolution immediately withdrew from the war and demanded a just peace between all nations without annexations. Working people of the world sensed that this war was not one in their interests. It was a war between capitalist exploiters and imperialist powers to divide and redivide the world in their interests.

The revolutionary antiwar message put forward by the Bolsheviks was hugely popular around the world including with the leaders of the fledgeling Labour Party in New Zealand who founded the party in 1916 in militant opposition to the war and conscription imposed that year. The New Zealand Labour Party was unusual in this regard. Most of the Labour and Social Democratic parties, like those in Germany, the UK and France, had fallen behind “their” own governments when war broke despite many years of campaigning against the war that millions of people sensed was coming before it actually broke.

This war was never a popular war, especially after the first drumbeats of patriotic fervour faded in face of the brutal reality of war. This is why governments were forced to introduce conscription if they could

In Australia despite their Labour Party supporting the war, opposition to conscription was so strong two referendums to introduce it during the war were defeated, in October 1916 and December 1917.

Ireland had revolted in Easter 1916 and then defeated attempts to impose conscription by their colonial masters who were desperate for more fodder to replenish the killing machine after their huge losses.

Scottish Marxist John McLean led the “Red Clysdale” a shipbuilding district in Scotland in opposition to the war and was jailed.

In Canada a week of rioting broke out in Quebec when conscription was imposed in March 1918 and military force was used to occupy and quell the uprising.

In France, there were a whole series of strikes and military mutinies against the war during 1917 that affected nearly half their military battalions. This was crushed only through thousands of court martials and hundreds of death sentences being imposed.

The British army had their own mutinies in 1917, including one featuring New Zealand soldiers at Étaples in France.

A survey in New Zealand in 1915 found 40% of adult males of serving age opposed serving abroad. Thousands actively sought to avoid military service. Many went abroad to Australia or elsewhere where conscription did not apply. Passports were actually introduced in New Zealand at the time to try and stop people leaving rather than assisting their travel. In 1916, when conscription was imposed, 69% of eligible men were not volunteering.

Many Maori who had not so long before been subject to their own brutal wars of empire and had their land confiscated were also opposed. Conscription was extended to Maori males from tribes deemed to be less patriotic in volunteering earlier which deepened opposition still more.

Opposition to conscription was made a criminal act of sedition. And the meaning of sedition was extended to include creating “hostility between the classes”. Strikes which impeded the war effort could be deemed seditious acts.

But it was from the unions and new socialist movement that some of the strongest opposition came. A national conference of 200 organisations opposed to the war was convened by the Federation of Labour in January 1916 to campaign against the proposed conscription law. Five future Labour Party ministers in the 1935 Labour government, including a future Prime Minister Peter Fraser, were jailed for sedition. The others were Paddy Webb, Bob Semple, Tim Armstrong and Jim O’Brien.

This opposition was strongest in the mining towns of the West Coast of the South Island which had elected Paddy Webb to parliament in 1913 representing the Grey electorate which covered Greymouth. Webb opposed National Registration which was a forerunner to the draft in 1915. In that registration, of the 195,000 men who responded, 34,000 said they were unwilling to serve at all, and a further 44,000 said they would not serve overseas. When conscription was introduced he campaigned for the law’s repeal. The first union strike against the Military Service Act was by Blackball miners in November 1916. Waterside workers and miners began a joint go-slow in January 1917 against conscription. When the miners’ leaders were arrested in April all West Coast mines struck to demand their leaders’ release. A speech by Paddy Webb in support of the miners led to his arrest for sedition and a sentence of three months in prison.

Webb was then subject to conscription himself. He refused to submit, resigned his seat and stood again to make it into a referendum on conscription. But the government parties refused to stand a candidate and he was re-elected unopposed. He was then jailed for two years and banned from voting or standing for office for ten years. His seat was declared “vacant”. Another antiwar Labour leader Harry Holland then won the Grey seat for the new Labour Party in April 1918.

There were strong Irish republican sympathies in the mining districts on the West Coast as well which strengthened the opposition to the war. Indignant Protestants debounced Paddy Webb’s original election as an “unholy alliance of socialists and Catholics.”

The world was a tinderbox waiting to ignite. From November 1917 to November 1918 in revolutions were destroying the monarchical empires from Rusia, Austro-Hungary, the Ottoman, Germany as well as Finland, Ukraine, Bulgaria. It seemed a new world was awakening and in fact being formed.

But that new world did not happen. Capitalist rule was stabilised temporarily, and the world ended up plunged into a world depression, from which fascism and a new world war emerged. Since World War Two, millions more people have died in Korea, Vietnam, Cambodia, Laos, countless other nations in Africa and the Middle East, because capitalism depends on resource extraction. This system must control the natural wealth of the planet and the labour resources of the world for the benefit of a tiny minority of super billionaires who own and control this economy for their private benefit.

That system must be overthrown. We need to go back to the anti-war and socialist ideals of the founders of the labour movement to find a new/old way forward. 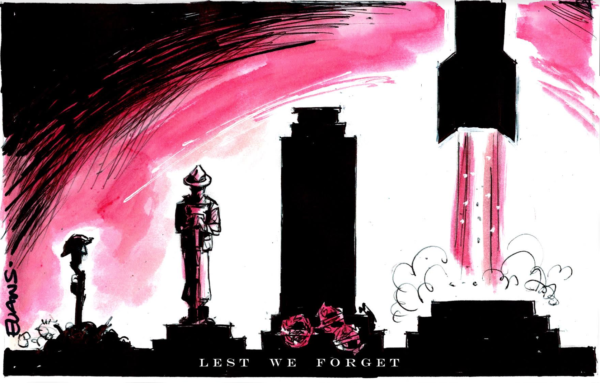