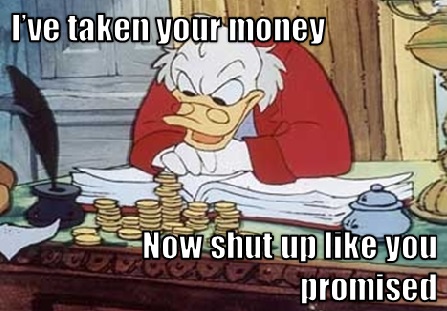 When will we get our holiday pay money? Are MBIE part of the problem?

Information released to the Council of Trade Unions (CTU) by the Ministry of Business, Industry and Enterprise (MBIE) reveals a massive series of problems that could leave most workers missing out on receiving money they are owed.

MBIE has admitted that workers are owed between $300 million and $2 billion. When this was discovered in 2016 before the election, MBIE and National Party minister responsible Michael Woodhouse, proposed to legalise the theft. Luckily, the cabinet turned them down.

This money is owed because of a deliberate failure to calculate annual leave properly. In particular, companies have not done the special calculation for annual leave when it is taken that is required by the law. Workers should be paid the “higher of” the average for the year or the average for the last four weeks. Often allowances are also left out – like the night allowance at McDonald’s was. At least one payroll provider has been warning about this for years but was ignored by his own association.

Often there has also been a narrow interpretation of what is “an otherwise working day”. This stopped people being paid a lieu day for the public holiday or being paid for the day if they didn’t work it. This also happened at McDonald’s and Unite estimates that workers lost at least two days pay each every year for this “error”.

MBIE has claimed in official documents that they are checking that the top 100 employers in the country to make sure they have complied with their annual leave responsibilities to workers. This process was started after it was publicly revealed in early 2016 that nearly every employer and payroll provider was doing their calculations incorrectly and cheating workers as a result.

But the list of companies provided to the CTU simply doesn’t match up with the top 100 employers listed here:

There are 83 employers MBIE has a pro-active audit process with that has been ongoing since as early as April 2016.

There are another 31 they describe as keeping a watching brief on who are doing their own self-audit.

A number of companies were on the lists provided by MBIE in 2016 but have dropped off in 2018 without a remediation process being agreed that were are aware of. This includes Restaurant Brands, Wendy’s and Woolworths.

We know MBIE is still auditing Restaurant Brands and Wendy’s but they are not on this list.

More importantly, there are 41 companies on the top 100 employers list who are not mentioned by MBIE. And that not counting Restaurant Brands and Wendy’s.

Nearly half of the top employers in New Zealand are not listed! Why? Is that a deliberate decision by MBIE or incompetence?

To make things even worse, I know that major offenders when it comes to miscalculating holiday pay like Burger King and Armourguard are not included in any audit process. Why? Burger King was found guilty recently of not paying managers the legal minimum wage. How have they escaped scrutiny?

There also seems to be no requirements for companies to report their processes and outcomes to workers and unions. Usually, we are not even told which companies are being used to do audits and what their methodology is.

Only a handful of employers have publicly said they will remediate the problem and have budgeted some money to do so. These are:

I am also aware that Downers have paid out money to staff but not sure of the sums involved. A friend of mine got a surprise backpay of $4500 after working for them for 10 years.

One company, that MBIE says it is keeping a watching brief on is Vodafone who claim to have remediated the problem but won’t tell Unite who represent some members there what they actually did.

NZ Post was found guilty of not paying all their staff incorrectly but somehow the “enforceable undertaking” given by MBIE to them to sign only asked for them to correct the payments for a small minority of on-calls and casuals. How did that happen? It is all a mystery.

Unite first wrote to major employers we deal with over three years ago and initiated legal action against McDonald’s to create an example. We withdrew that case when McDonald’s admitted it was in the wrong and promised speedy remediation. They are part of the audit process with MBIE but it just seems to be dragging on forever without an outcome.

Bunnings is the only employer I am aware of that has remediated back to the law change in 2003 – 15 years rather than what is assumed to be the legal requirement of only six years.

The people who are making money out of the remediation process are the payroll providers and accountancy firms who helped create the problem in the first place because they should have known better.

The Ministry of Education says it has to spend another $26 million on their broken payroll provider Novapay before they can even start doing a calculation on what is owed.

Ernst Young (EY) charged $2.1m for the audit that gave the bad news to Auckland Council that they owe workers $18m. What methodology did they use? How do we know that EY earnt their $2.1 million fee to the Auckland Council properly?

Having identified the problem and worked out what is owed, there are also practical issues associated with how companies should be doing everything they can to track down former employees owed money. For a company like McDonald’s, when they eventually pay, which Unite will make sure does happen, they will owe money to every employee going back at least nine years which would be about 50,000 people.

Even if we get the biggest employers to pay, that still leaves hundreds of thousands of workers without getting anything from the remediation process. This includes most small to medium-sized private sector employers.

Just this week one of these employers we deal with at Unite Union, First Security, finally accepted they too have a problem with their payroll system and will act to remediate going back seven years. That is a good thing but it needed a union pressing to get them to act. But 90% of private sector workers don’t have a union to act for them.

Later last year the Labour Inspectorate issued a position statement to allow for an estimation of what is owed rather than the almost forensic approach that MBIE is actually pursuing. This seems eminently sensible and should actually be imposed on all employers in my view. There may be winners and losers in such a scenario but it is better than getting nothing at all which most workers in the non-government sector will end up getting.

MBIE’s almost forensic approach to finding solutions for a small number of random employers needs to be characterised as an almost complete failure. Maybe we need to ask if this is a deliberate sabotage of doing something they never wanted to have to do in the first place.

The only sensible and fair solution to the continuing shambles is for government action to implement a system of remediation that can be imposed on all medium to large employers and payroll providers in the country.

Workers are owed billions of dollars. It is time to pay it back!