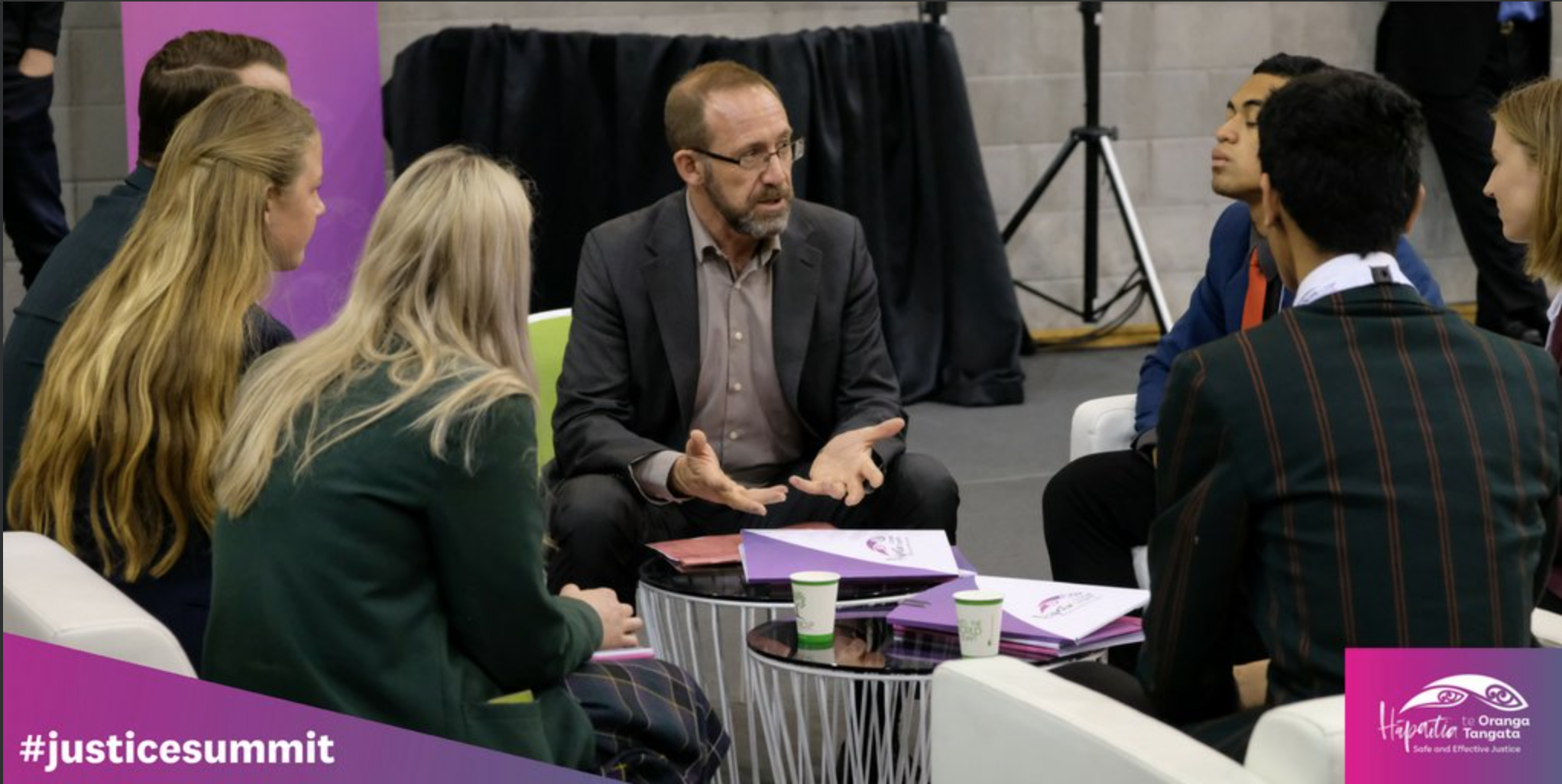 The Justice Conference has wrapped up and it is a relief to see that the madness of our prison industrial complex is finally being challenged by some genuine political courage.

This is an area of social policy that I have been passionate about for a very long time. I do believe you judge a society on how they treat their least respected and the way we treat prisoners should be a national scandal.

When 75 per cent of youths involved in the justice system may have a mental disorder or disability, that is a national scandal.

When 87% of prisoners are unemployed before prison, that is a national scandal.

When 60% of prisoners are reoffending within 2 years, that is a national scandal.

I say all this while totally acknowledging the pain and wounds and hurt of those these damaged men and women lash out against or prey upon.

I absolutely believe that alongside wide spread prison reform we also must open up compensation avenues, free counselling and paid time off work for the victims of crime to cope, heal and survive the criminal acts perpetrated against them.

But allowing vengeance to replace justice has created a toxic environment where the end result is just utterly counter-productive to the well being of society as a whole.

I believe we are sowing a bitter harvest by allowing our anger to twist social policy into spite.

This counter productive spite has been whipped up by ratings possessed media who sensationalise violent stories to sell adverts during the news and politicians using get-tough-on-crime rhetoric to warp the debate and win votes from the angry and frightened.

The why’s to our violent overcrowded racist prison industrial complex are many and vested, but it’s the hows that we need to focus on if we are to try and find a way out of this social policy nightmare.

Here is what I think the summit needed to look at in terms of solutions.

One of the things that I think was missed by this conference is a definition of what punishment in a liberal progressive democracy should actually look like. We need a collectively agreed definition as a society as to what punishment of those who have wronged us should actually be in practice because I believe most NZers have allowed their anger to cloud where righteous punishment should begin and where vengeful suffering should stop.

What we seem to miss is that it is the loss of liberty that is the punishment, not the draconian environment that simply induces suffering. In a liberal progressive democracy, we don’t relish the suffering of human misery upon those we judge worthy of such ranker, we punish a human by removing that which is most precious to them as humans – liberty.

Making people suffer within that loss of liberty simply warps the prisoner and it warps us. When we allow suffering to become a factor, we are  allowing vengeance to eclipse justice.

If we accept that the removal of liberty is the punishment, that in turn removes the need to make the environment a place of suffering.

The environment we want inside prisons is one where prisoners can heal and become functioning members of society again, unfortunately the violent and over crowded double bunked system we have now is the exact opposite of the one you need to be able to become rehabilitated within.

We need a radical redesign of the current prison environment. We need to end double bunking, we need more spaces inside the prison that are free from violence and we need rooms and resources that facilitate rehabilitation.

The grim joyless brutality of the current prison environment is simply a stick used to beat a human with. It can only create humans who are more brittle, less resilient and vastly more violent.

3: GIVING PRISONERS AGENCY TO SELF MODERATE BEHAVIOUR THROUGH EARLY PAROLE:

One of the great failures of policy was dumping the ability for Prisoners to self moderate their own behaviour and get out on parole after a third of their sentence. The far stricter tightening of parole means most will only ever get that opportunity after serving 2/3rds of their sentence. Setting people up for long lags without the possibility of getting out early sets a hopelessness in place that breeds contempt and refusal to engage in anything.

If prisoners could moderate their own behaviour by passing courses and rehabilitation programs inside prison that if completed could provide a pathway out of prison early, most prisoners would attempt that because people don’t actually like or want to be in prison.

What the current system is creating are prisoners who have served their full lag who have had no rehabilitation whatsoever. These aren’t released prisoners, they are ticking time bombs.

The total lack of support once prisoners have been released is truly staggering.

Handed a $300 cheque, dropped into the frustration of WINZ bureaucracy and kicked out to accommodation not fit for dogs. The social alienation, lack of integration and almost zero support means many prisoners are set up to fail on release.

To release damaged broken men who have served full sentences behind bars for 20 hours a day into the current environment where support is ruptured and missing is possibly the most ridiculous element of this entire comedy of horror.

As I stated before, we must while pushing for corrections reform also look at supporting those who have been hurt by criminals.  Better compensation avenues, free counselling and paid time off work for the victims of crime are all musts because those damaged by crime need our assistance, compassion and help just as much as those who become trapped by their own cycle of violence. To ignore the suffering of those who have been burnt by crime while championing the rights of prisoners makes our empathy seem intellectually stunted.

There will of course be amongst us men and women who commit acts with such malicious intent and joy that we can’t release them until we know they are no longer a physical threat to other members of society.

There will also be career criminals who have no interest in reform or rehabilitation and see hardened crime as a profession.

For them, we need long sentences but even while accepting that, we don’t need to make those human beings suffer in an environment that is needlessly cruel or dehumanising.

There is a lack of clearly defining what punishment should look like in the modern world and that makes it impossible to aim at internal environments focused on rehabilitation.By removing the ability for prisoners to moderate themselves and pass courses to get out of prison early, we remove hope and lock damaged men and women into huge lags of prison time with no rehabilitation at all.

We need to acknowledge that anger and fear have shaped our prison industrial complex and that it really will take a far deeper love and compassion to reverse it.

Let’s hope the new Government have the political courage to truly see this through.