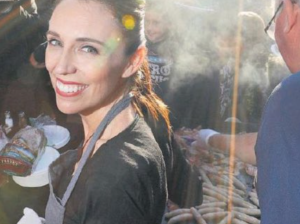 I have spent a good deal of the last 15 years under the illusion that the courts have a critical role to play in helping secure social justice when other avenues fail.

In the field of social welfare, many unjust and unsubstantiated decisions with far-reaching consequences are handed out to beneficiaries, who in the main must just suck it up. Only the very bold can summon the strength to challenge these decisions but when they do, they face a convoluted internal review process. Under-resourced complainants have little chance in the Benefits Review Committee (BRC) hearings that are stacked with Ministry of Social Development (MSD) people.

Some very few, very brave and usually very angry beneficiaries, take an appeal of their BRC decision to the Social Security Appeals Authority, consisting of 3 persons appointed on the recommendation of the Minister of Social Development after consultation with the Minister of Justice. Mostly the outcomes there endorse the original MSD decision. If they don’t, they may be ignored and the AAAP reports  an example this week. The individual ends up demoralised and exhausted. On very rare occasions, the case is appealed to higher courts, where the individual faces the full power of the highly-resourced team of Crown Lawyers.

CPAG has been closely following two recent landmark cases that have been appealed to higher courts. The first, whose story was recorded for CPAG by Barrister Catriona MacClennan, see Kathryn’s Story,  has been 17 years in the courts with no official resolution. While spending many hundreds of thousands dollars of tax payers’ money and commandeering huge amounts of court time to defend the indefensible, the Crown will recover only a few thousand dollars from her if they are lucky.

A second case, in which MSD argue that loans are income, see Ms X, has been eight years in the courts so far. Although she borrowed money and has repaid it, she is accused of spending more than the benefit when she was a sole parent 12 years ago. The MSD used the difference to claim she was overpaid $120,000.  Her latest hearing was July 2017 and the decision is still awaited from the High Court.

Sometimes the court process is via the Human Rights Review Tribunal. CPAG argued for 6 years from 2002 to get the case they took against the In-Work-Tax-Credit to the Tribunal. A two-week hearing in 2008 was followed by an unsatisfactory decision which was appealed to the High Court and then appealed  to the Court of Appeal. After ten years, and thousands of hours and documents CPAG saw the futility of taking it to the Supreme Court.

The latest case, heard in Wellington in the HRR Tribunal last week, was to scrutinise the case against the unfair spouse pension rule that sees a small group of not very well-off superannuitants harshly penalised for marrying the wrong person.

Years in the working up of the evidence, the Office of the Human Rights Proceedings took the case against the Crown. The Crown lawyers, aided by their ‘expert witnesses’ from MSD again argued the indefensible.

We were treated to hours of tedious and highly selective history of the welfare state starting in the 16th century in the UK. Faceless male bureaucrats recounted the Destitute Persons Act of 1847 to prove that NZ women who have lived and worked all their lives in NZ should be treated as dependants of their husbands if they were unfortunate enough to marry someone with an overseas pension.

MSD are prepared to pontificate in court for days about how married couples have greater economies of scale than two singles living together and how society expects partners to support each other. The 21st century has passed them by.

Why do we concede power and deference to these unelected officials?  Is it time to give up on the courts?

Reluctantly I have come to the conclusion is that it is pointless for individuals affected by MSD decisions to appeal to higher courts. Class actions on behalf of a group- 230,000 children in CPAG’s case, a handful of superannuitants in the current case, get bogged down and serve only to further fuel the entrenched bias of officials, and the powerlessness of victims of an outdated system.

The only solution is for principled politicians to call a halt. Judges are not qualified to make social policy. Just as Jacinda can improve Niuean pensions overnight, she could abolish the spousal deduction rule immediately. Her clear grasp of social fairness should allow her to cut through the morass and allow common sense and decency to prevail.