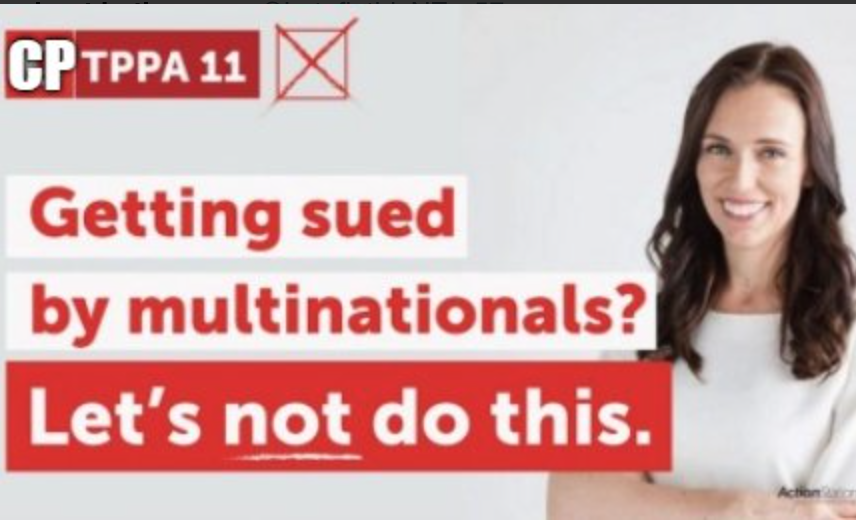 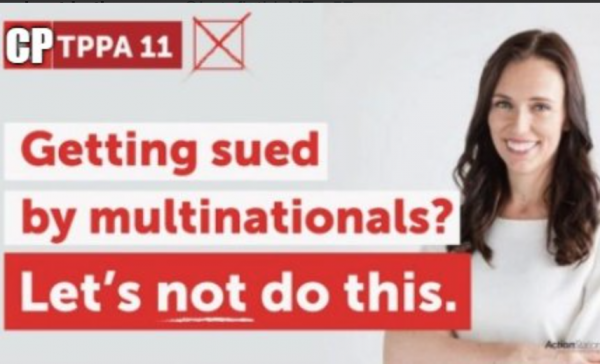 There were lots of positives at Waitangi this week. There was also a lot of gloss, driven by hope (and perhaps primed by Shane Jones hospitality).  Labour promised that it will be accountable to Maori. That promise faces a major test next week, as the Crown responds in the Waitangi Tribunal’s inquiry on the Trans-Pacific Partnership Agreement (TPPA).

In a folksy video filmed in her kitchen last week and posted on facebook the Prime Minister assured us that the government ‘has an exemption that says it is always able to legislate and act to protect its obligations under the Treaty of Waitangi and that can’t be challenged by other nations’.

Whoever scripted that text knows it’s not true.

Just days before, the chair of the Waitangi Tribunal inquiry into the TPPA set out four questions for the Crown to answer:

(a) when will the text of the revised TPPA (the “Comprehensive and Progressive Agreement on Trans-Pacific Partnership”) be available;

(b) what will be the effect of that text on the Crown’s ongoing engagement with Maori on the review of the Plant Varieties regime, and adoption of the UPOV 1991 convention on plant varieties (as required by the TPPA);

(c) what is the status of this new agreement and what issues in the TPPA claim remain live; and

(d) ‘when would be the appropriate time for the Tribunal to commence inquiry into the remaining substantive claims that have been filed with respect of the TPPA?’

The Crown (ie the Government advised mainly by MFAT) has to reply by next Thursday, 14th February.

There is a serious risk that the government’s Treaty-friendly will continue the dismissive approach National took to the Tribunal.

On the first question, National refused to even say whether there was a Treaty exception until the text was released. Trade Minister David Parker has said the TPPA-11 text will remain secret, presumably even from the Waitangi Tribunal, until after new agreement has been signed.

On the second question, National agreed to US demands that New Zealand adopts the UPOV 1991 convention on plant varieties, but secured a last-minute, bizarrely worded alternative of adopting a Treaty-compliant equivalent. This is an outstanding issue from the Wai-262 claim on traditional knowledge. Previous governments rejected adoption of UPOV 91, in part because it was inconsistent with te Tiriti. The new government has made no attempt to remove the obligation in the TPPA-11. It has not even been suspended. That means a new law has to be enacted within 3 years of the TPPA-11 coming into force; yet MBIE officials say the review of the current Act will take up to 5 years.

On the outstanding issues, perhaps the most volatile is the resolution of the water issue. Remember the new government was shocked to hear evidence from MFAT officials that its policy would have breached the TPPA.

The final point on the time line is perhaps the most incendiary.  National deliberately truncated the time available to the Tribunal to present its first, urgent report by bringing forward the reporting date for the initial select committee hearing on the TPPA. That allowed it to introduce the implementing legislation earlier – which also meant the Waitangi Tribunal no longer had jurisdiction over the matter.  The current government plans to sign the TPPA-11 on 8 March in Chile. It is likely to introduce the implementing legislation mid-year. That would terminate the Tribunal’s legal authority to complete the full inquiry before it has effectively resumed. Pushing ahead with the TPPA while the Tribunal is still assessing its Treaty implications would be a very bad start to a promised restoration of Labour-Maori relations.