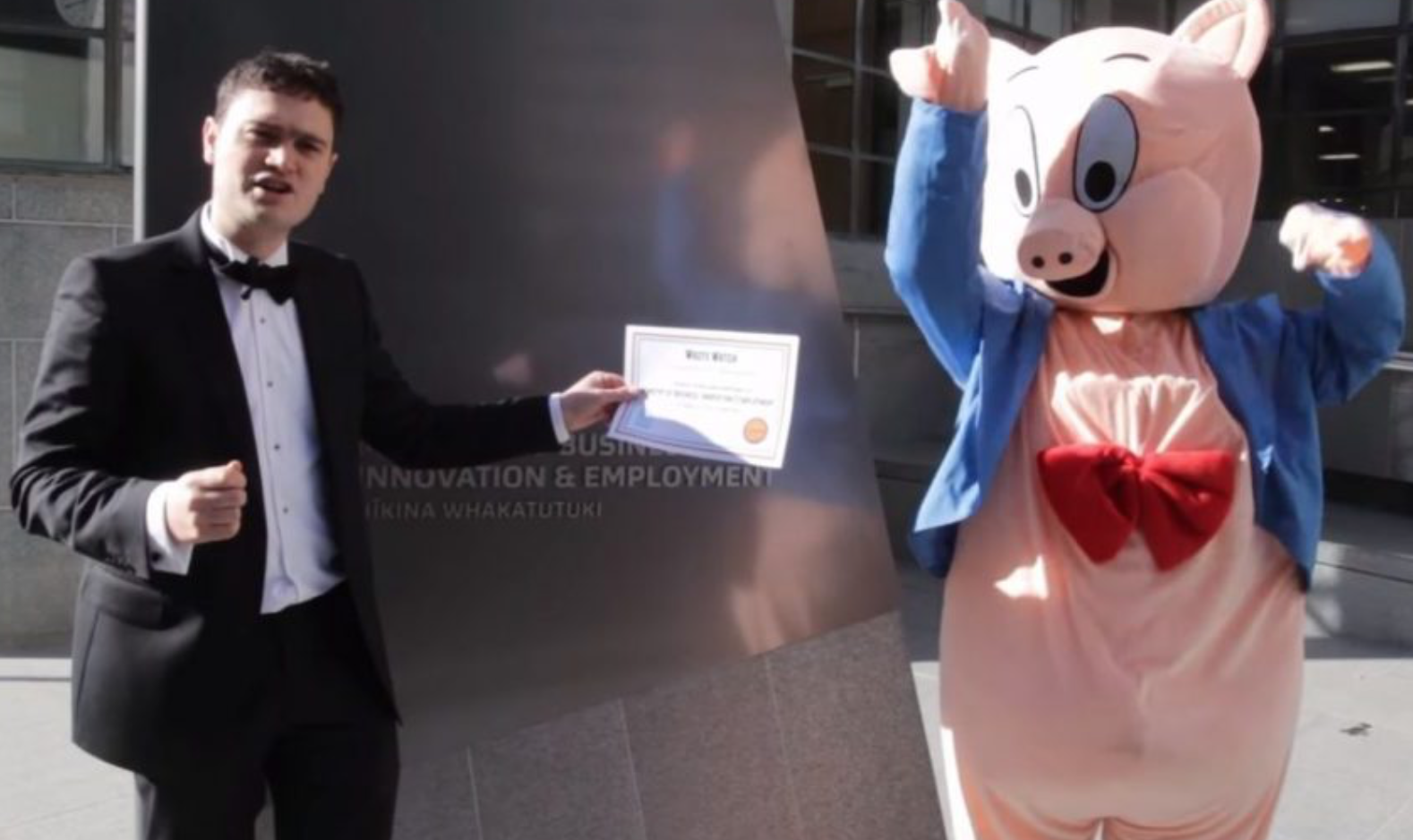 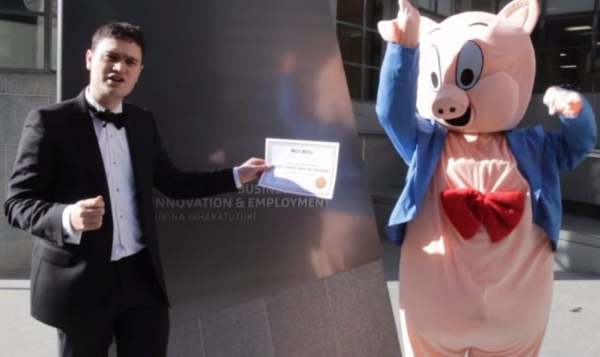 The line of attack in the new year was going to be relentlessly about Jacinda’s inexperience with specific focus on the usual screw ups an incoming Government stumbles with.

According to sources who have spoken with people inside that space however, Jacinda’s pregnancy throws all of that up into the air.

…today I want to look at how National attack the Unions and what the Unions need to do to prepare themselves for the well funded onslaught they are about to face.

Christie Hall and William Fussey of EY said in a joint article that employment law amendments planned by the new Labour-led Government would create “fundamental changes” to the country’s workplaces.

…the truth is that the reforms are very mild and don’t go anywhere near rebuilding organised labour but that’s not the point. The point is to create this view that Labour are enslaved to evil Unions who want to drag NZ back to the 1960s.

You know, those awful dark days when we almost had full employment.

So what does the Taxpayers’ Union and a naked Jordan Williams have to do with any of this?

One needs to appreciate that the Taxpayers’ Union is the new attack vehicle for the right. With Slater’s Whaleoil Blog robbed of any relevance or media attention after Dirty Politics, the right needed a new weapon to manipulate the media narrative with, but in a manner less radioactive than Slater.

Poster boy for feminism, Jordan Williams,  fronts the group and our own Frank Macskasy does a devastating job of forensically linking Williams to Slater and some of the more underhand political hit jobs we’ve seen in NZ. But it also has National Party pollster and tactician David Farrar involved alongside right wing fanatic John Bishop.

Consider them the Holy Trinity of Right Wing arseholes, the Father (Farrar), the Son (Bishop) and the lowly boast (Williams).

The point of the organisation is to astroturf themselves into being considered a ‘union’ standing up for taxpayers when the reality is they attack Government agencies for private vested interests using the old stereotype of lazy slush fund drenched big Government narratives.

And what about that naked Jordan Williams? How does that unpleasant image tie into all of this?

Remember how before the negotiations were completed, Jordan Williams boasted that if Winston went with Labour, he would walk naked down the main street of Wellington?

That boast wasn’t for shits and giggles, it was the deeply held belief of the Right wing establishment. They all honestly believed that Winston was in it for the baubles and they could simply bribe him with offers.

The shock wave on the Right caused by Winston wanting to change NZ went far further than Jordan’s bet to walk downtown Wellington naked (a bet he chickened out on in the end) and it’s gone full snarling grievance.

For the Right, this is a Government of trickery who conned the public. This isn’t a victory, it’s a theft and the deeply held resentment against the new Government can be seen in the manufactured drop in business confidence and the attempt to create another ‘winter of discontent’. It is important to understand this resentment and the genuine shock because that helps explain the viciousness with which National intend to employ to destroy the new Government.

So who is in the firing line as National marshal their attack dogs?

Equity NZ: The hammer will fall hardest here. For Key’s Government, the manufactured crisis at the Hobbit was a political and cultural gold mine. By manipulating NZers love of LOTR, the Government whipped up sentiment that the Union was threatening the making of the Hobbit film here. The anti-Union backlash was apocalyptic and not even Helen Kelly rushing to the defence of Jennifer Ward-Lealand could help in the end. By painting himself into a corner to gain a political victory over the Union movement and the wider Left, Key had to agree to giving Warner Bros more corporate welfare plus re-wrote employment law for the benefit of Corporate Hollywood.  This time around National already has agents in the field whipping up the usual Weta workshop technical elites and will look to once again manufacture the collapse of a current film project and lay the blame at the feet of Labour for attempting to unpick the ridiculous labour law National put into effect. With Amazon announcing the new TV series of Lord of the Rings with New Line Cinema involved (they are a division of Warner Bros who made the film with Peter Jackson), the most likely attack line will be to suggest the TV series will be filmed here and use the attempted passing of the Hobbit Law to manufacture the supposed uncertainty. Expect to hear a lot of ‘Australian Union’ rhetoric and ‘greedy actor’ statements. If National can force Labour to walk away from the law or blame the new Government for the TV series going somewhere else (even if it was never going to be filmed here in the first place) it will be an enormous political victory that will perpetrate all the negative stereotypes about Labour in the thrall of the Unions. Expect to hear about the LOTR TV series possibly being filmed here a couple of weeks before the new Government starts to look at officially changing the law.

PPTA/NZEI: The public hate teachers and any time the Right can hold up a teacher who has assaulted or sexually harassed a student to make the point that being a ‘registered teacher’ meant nothing for the safety of the student, they will. This matters because only registered teachers can teach and what the Right wanted to do with Charter Schools was side step employing registered teachers so they could lower staffing costs. The money to back this reform is still there from the private education industry so expect any case of a teacher abusing a student to be magnified and amplified with brutal skill.

All public transport and Port Unions: National in opposition will push ahead with any campaign that has money backing it and that’s the explanation behind their inane roads every where campaign. National will want and will actively promote strikes in public transport or Ports because they want industrial action that creates wide spread disruption, especially if it grinds traffic to a halt. Expect to see a lot of public transport companies become incredibly unreasonable all of a sudden.

Public Service leaks: After 9 years in power, most public service is dominated by right wing goons who fully approve of the draconian welfare state created by National. As Labour attempt to change this culture of abuse, expect to see huge leaks highlighting the worst cases of welfare fraud and people who are difficult to find any sympathy for.

These are but a few of the targets the Right are gearing up to attack and exploit, so how do the Unions prepare for this?

For the record I’m being figurative and not literal here.

Both are failed Wellington political bloggers and both have gone off to form consultancies of their own but I’m not for one second actually suggesting that anyone in the Unions hire these two. I think they come from a  generation who seem to believe any discussion in private can immediately be added to their live Twitter feed and before you know it you are suddenly on the bottom of a social media pile on for some heteronormative patriarchal sin (especially from Ruminator) but the reality remains that both of them have more talent in their tiny fingernails than most of the coms teams currently working at any Union in NZ.

The Generals of the Union movement need to seriously consider a small, well resourced (and most importantly outsourced) response team who can aid any Union getting attacked and immediately counter the smears the Right will indulge in or else risk getting out played by the Taxpayers’ Union and whatever astroturfed death squad the Right send in to attack the Union movement with.

Attacking a pregnant woman in a society that worships the cult of Motherhood would be a kamikaze approach and personalising the attack against Jacinda could back fire terribly in two ways.

The first is that it just looks like bullying and the vast majority of people will simply have their primordial reptile brain impulse to immediately defend a pregnant member of the tribe switch on and turn against the attacker with full frontal fury.

You lose when you attack a pregnant woman. Always.

The second more dangerous angle is that by attacking Jacinda, National opens the doorway to the criminally misogynistic hate vomit that has been sprayed around social media with the kind of carefree abandonment of a militantly malicious Tom cat over the last 24 hours.

Some of the comments on Kiwiblog and the Young Nats Facebook page are just fucking spectacular in their scumbaggery. I mean, I appreciate the spectrum of humanity is a wondrously broad and gloriously diverse rainbow, but fuck me some people seem to live in a reality that skipped the Renaissance, Enlightenment and basic Universal Human Rights.

…the Right are going to attack the new Government by going after those the public identify with Labour rather than attack a pregnant woman.

Could this strategy work? It certainly could.

The Left won the last election not because of tactics (the Labour Party were pretty much crap during the 6 week campaign) but because of strategy. Something no one acknowledges in Labour winning is that it was Matt McCarten’s strategy to beat National by actively going after National’s allies that won the Left the election. By knocking out Peter Dunne with Greg O’Connor and eliminating the Māori Party with Willie Jackson, National where left short of a majority in Parliament.

What we will see with National in Opposition is a similar approach, they won’t go after Jacinda directly, they will go after Labour’s identifiable allies to chip away at the new Government’s popularity by evoking Union bogeymen.

It took the Left 3 terms to work out how to beat a popular leader, it will take the Right less than 30seconds.

If the Union movement in NZ wants the new Government to get a second term, they need to urgently start planning a counter strike capacity they currently don’t have, and if the Union movement don’t like what I’m saying to them now, just imagine how much more unpleasant you’ll feel when I start the ‘I told you so’ blogs.

You have been warned.