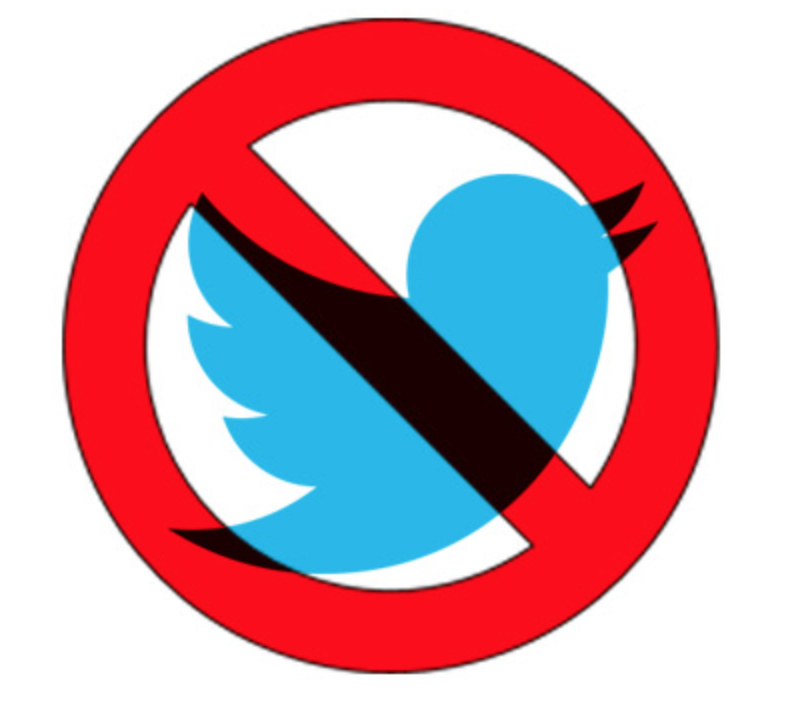 On 2 August, The Daily Blog’s administrator – Martyn Bradbury – published a story on Gerry Brownlee accusing Mediawork’s journalist Patrick Gower of being a “cheerleader for Labour”;

If that message truly came from National minister Gerry Brownlee, I thought it was a ‘Trumpian’ example of childish stupidity. An intemperate ‘tweet’ from a naive, newly elected, fresh-faced member of Parliament could be excused on the basis of inexperience.

But a senior politician of  Brownlee’s record should know better. He has been in Parliament for two decades.

A close up of the message informing that I had been ‘blocked’ by Mr Gower;

I was a little surprised.

Three years ago I ran a series of blogposts on Gower’s own intemperate twitter posts and media comments on Laila Harré  and the electoral accommodation between the Mana Movement and the fledgling Internet Party;

The three stories above were highly critical of  Gower’s attacks on the Mana-Internet alliance. In my view Gower’s on-going vendetta was a naked attempt to influence the 2014 election.

As I wrote in August of that year;

It seems obvious that Gower has a personal thing against Mana and Kim Dotcom.

His most recent utterances on 29 July made that perfectly clear, when he has again stated,

“And David Cunliffe has repeatedly and pointedly refused to rule out working with Internet-Mana to form a Government.”

At every opportunity, Gower has repeatedly demanded Cunliffe rule out working with Mana-Internet.

When a journalist demands that a political party make a definitive policy statement to rule out a potential coalition partner is not reporting the news – it is a naked attempt to influence it.

It is one thing to ask a party leader who they will/won’t deal with, post-election. That is a perfectly legitimate question to ask.

But to pressure a party leader to rule out a potential coalition partner?

Gower has stepped beyond the bounds of what is acceptable journalism. It is not his job to dictate to any party leader who they should/shouldn’t coalesce with. His job is simply to report their decisions.

The rest is up to us, the people to evaluate that information.

Pull your head in, Paddy.

Think about that for a moment. A journalist’s job is to present information to the public. It is their paid role; their raison d’être.

I can understand if Gower declines to allow me to post comments on his page. It’s his Twitter account; he sets the rules (within Twitter’s own Terms and Conditions). I have no argument with that.

But his action to block a person from even reading what he has written strikes me as totally contrary to what a journalist should be. Journalists should never decide who can  and can’t read their material. (Which raises an interesting side-issue on pay-walled journalism.)

Who else has Gower blocked?

How on Earth can a seasoned journalist feel so threatened by a blogger that probably 99.99% of the population does not read?

What will Gower’s employers do if they expect him to interview me on a breaking story that I may be privy to – and I decline?

Is this professional behaviour from a seasoned journalist?

Gower’s blocking of me suggests that he has taken my criticisms badly. Which is ironic, considering the harsh criticism that Gower has dished out to Hone Harawira, Kim Dotcom, Laila Harré, et al.

Not a good look, Mr Gower.

Waiting for Gower’s Twittering of indignation