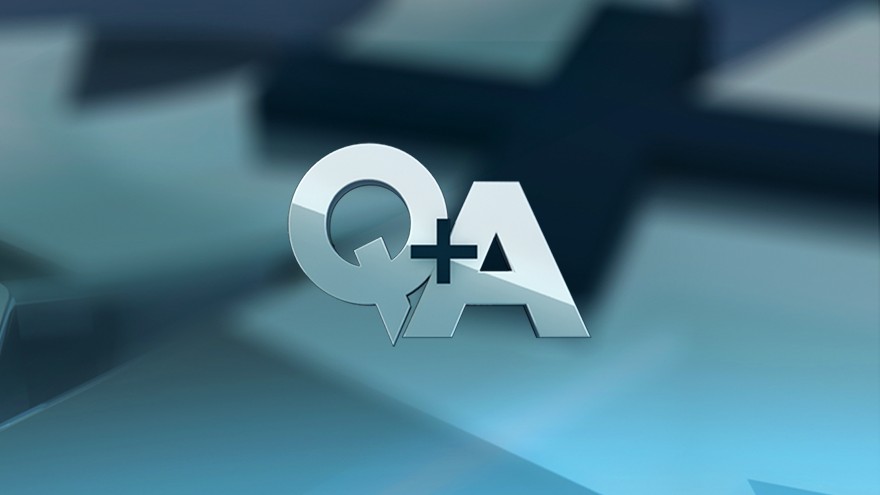 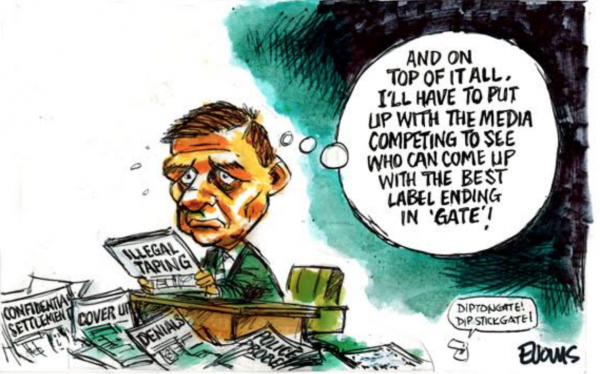 Excellent Q+A today. Bill English was so frightened of appearing live he only agreed to a pre-record with Corin Dann who grilled him mercilessly over his Todd Barclay falsehoods.

Bill’s constant flip flopping on what he knew when and his ever desperate attempts to explain himself went into overdrive in the last 24 hours as he first tried to claim the tape might not exist to admitting today that Todd Barclay offered to play him the tape……..that supposedly doesn’t exist.

This is dangerous for National now because in English they have  leader who looks like he is lying. With Key, you guessed he probably was lying, but you appreciated that he made every effort of allowing his dead eyes to deny it straight to our faces.

Middle NZers don’t mind our Leaders lying to us as long as they can do it convincingly, but having a Leader who is obviously lying and struggling with the telling of the lie, we don’t like that at all.

Andrew Little was on the show, he made a very powerful case against English and managed to kick student intern issue to touch. It was funny watching the TVNZ journalist admit and acknowledge that the student intern ‘scandal’ was actually a media beat up and that on reflection, Labour had over reacted.

Oh I laughed long and bitterly hard over that comment.

The best part was the spokesperson for  Awataha Marae going on the show to point out that while they had 1 broken shower, they actually had 8 showers there and that the majority of Interns loved their experience. 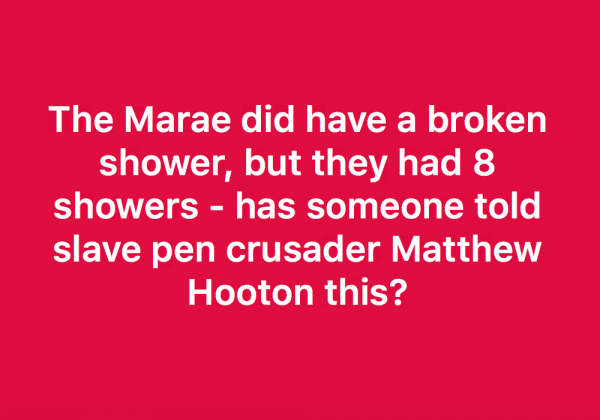 …have NZers admitted yet that the entire Labour sweatshop slave scandal was a manufactured scandal? 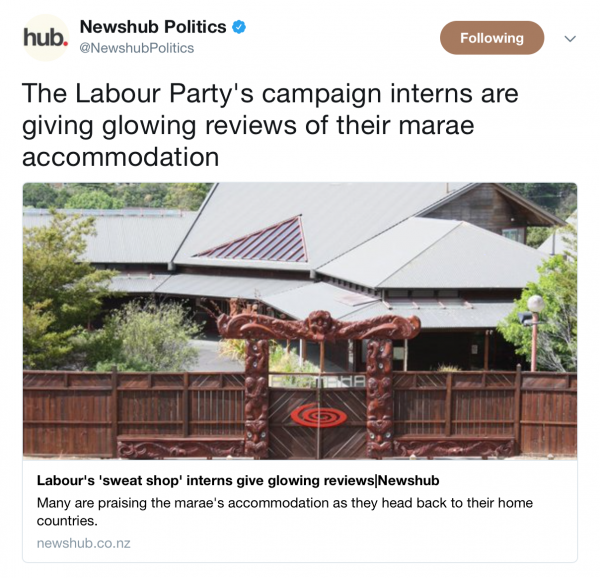 …this Labour ‘slave scandal’ proves the ease with which a Right Wing blog can still manipulate the NZ mainstream media.

This ability to manipulate the mainstream media is as cancerous in 2017 as it was in 2014.