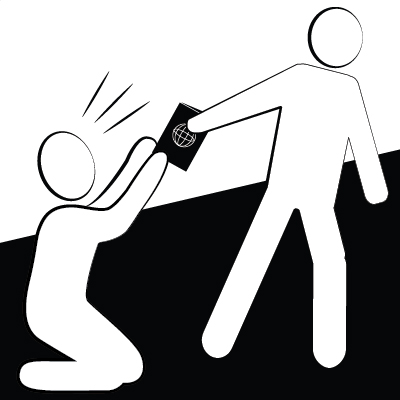 Net migration hit another record in the year to March of 71,900.

The recent government changes to how approvals are managed for permanent residents will do nothing to alter the system of exploitation of tens of thousands of workers here on temporary work visas.

The system is designed to create a pool of vulnerable and exploitable labour that is able to be used and abused. A part of this system is the so-called education export industry that takes billions of dollars a year off the students for qualifications they may or may not need but which can be used to transition to permanent residence for some.

It is this system that needs to be overthrown – not tinkered with like the government is doing.

In fact, the most recent changes will make the situation much worse for many.

Immigration has become a political hot potato and the government is desperate to be seen to be doing something without changing the fundamentals.

This number has radically increased principally because of the turn around in the net migration of New Zealand residents. This is mainly governed by the flow between New Zealand and Australia. Australia has become a less friendly country for workers from New Zealand for a number of reasons.

New Zealand usually loses a portion of its residents each year. This has averaged around 20,000 net loss since the mid-1980s. Non-New Zealand residents averaged a net gain of 30,000. The overall net gain for most of the past several decades was around 10,000.

During that same time period since 2012, the government was liberalising access in other ways. This included increasing the permanent resident visa numbers from 40 to 50,000, the temporary work visa numbers from 120,000 to 170,000 and student visas from 60 to 80,000.

This resulted in the overall net gain in the number of permanent and long-term visitors ballooning from zero in 2012 to a 70,000 gain in 2016.

This surge in net gains has coincided with a property boom in Auckland in particular. Transport also seems almost permanently gridlocked in Auckland as well. It is easy to blame “uncontrolled” migration as at least in part causing these problems.

The fundamental cause of these problems is that property is simply a speculators playground and public transport has been starved of meaningful funding (except for an addiction to motorways) for decades.

Migrants are not to blame for either situation. The government simply refused to “plan” for the future of Auckland because any form of planning is an example of socialism. They waited for “the market” to perform its miracles. But the market produces property bubbles and motorways for trucks and cars not public housing and transport which is what was needed in massive quantities.

But the government is looking like it has lost control over key issues that are concerning people in Auckland in particular in the lead up to the election.

That is why they are trying to appear to be doing something. But they have no idea what the exact impact will be of the changes they have introduced.

It will be harder for many young people already here on student visas and temporary work visas to transition to the permananet residence. Many will have already invested tens if not hundreds of thousands of dollars on this goal.

I spoke to one young guy today who has already spent $80,000 on a two-year chef’s course at a polytech in Auckland. It was a quality course, unlike many others in private providers. He hoped to get permanent residence off the back of it with a job offer. That investment has now been written off as a chef’s wage wouldn’t be enough for the new criteria. He thinks he may get enough points if he does a Bachelor in Hotel Management. This could be another three years and $120,000. He will do it if he has to. His family will fund it. And If he gets his residency he will probably do something completely different. He will have essentially bought a permanent residence for $200,000. And that’s just the fees!

Changing the rules part way through, again and again, is simply unfair on those already here and invested on a future in this country.

The problems with the existing system arise because of the precarious nature of people’s employment. The changes will make these workers more not less precarious.

The changes could well reduce the number coming as students. This could lead to a collapse in many of the private providers in the export education industry as well when it dawns on students around the world that the chances of using student and temporary work visas to get residency has become even harder with the increase in qualifications being demanded.

The government does not have an immigration policy. They are simply opportunistically lurching from one direction to the other depending on political expediency.

In the meantime, hundreds of thousands of workers (and students) are being exploited mercilessly. That will continue under the changes announced.

All workers who are in New Zealand should have full legal rights – including the right to change jobs. Those already here should be given first preference for staying. Under the government announcement, this has been allowed for 4000 workers in the South Island who have been here five years or more. Why restrict to that right to Bill English’s dairy farmer mates?

Whatever the number being allocated for permanent residence each year, priority should be given to those who are here working and studying. The government has institutionalised an endless cycle of three-year permits that force people to leave for at least a year at end of each cycle. This is just nuts. Just when people begin to get good at the jobs they have, form friendships and relationships, they are told they must leave. That is a form of indentured servitude.

The scandals and horrors we have seen in workplaces and private training establishments over recent years will continue.

We should do a fundamental shift in direction. The system is broken. It should be overthrown.

(To read more on the issue have a look at my pamphlet published on the Unite Union website.