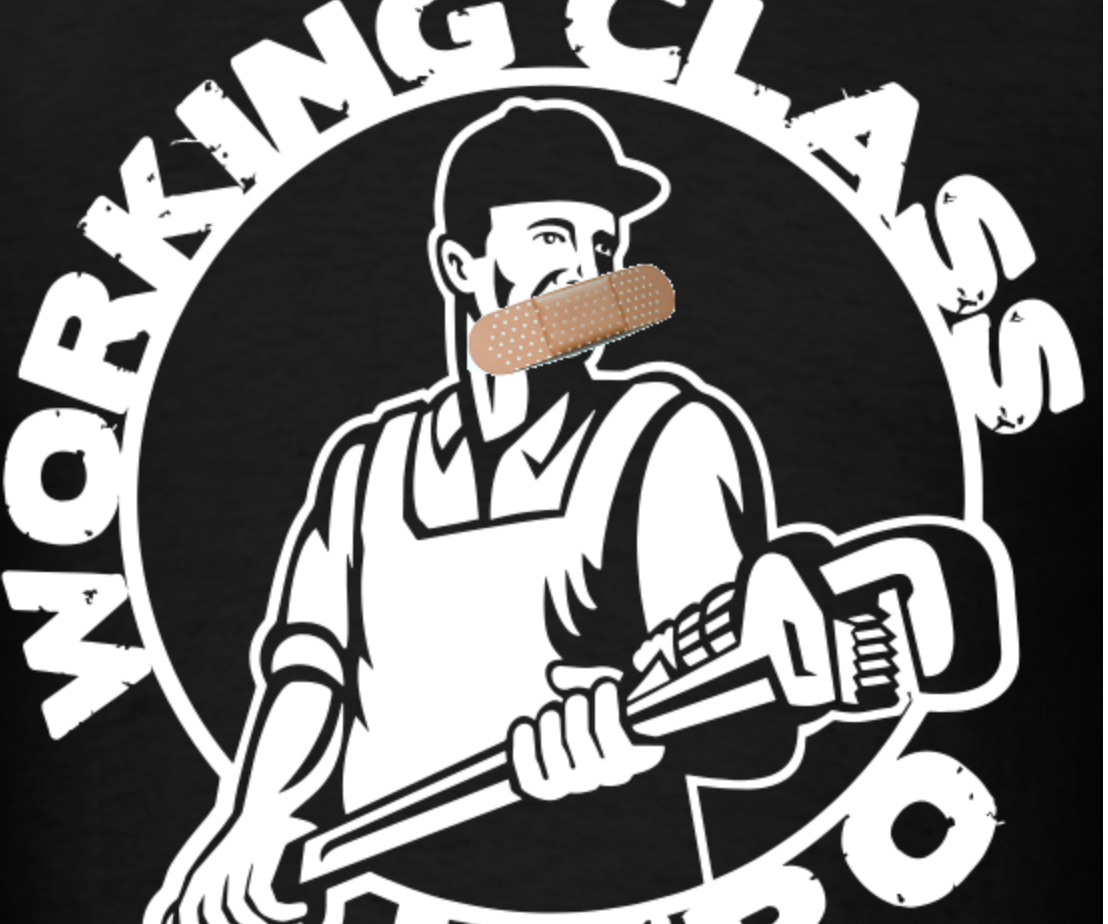 Charitable organisation, St John, which operates ambulance services nationwide, as well as other medical services, has been engaging in  anti-worker actions during recent industrial negotiations to conclude a collective agreement.

On 5 January, St John announced that workers wearing apparel bearing a pro-union message “Healthy Ambos Save Lives” would be docked 10% of their wages;

St John Ambulance officers who ditch their uniforms as part of ongoing strike action will have their pay docked by 10 per cent.

The First Union, which represents 1000 ambulance officers across the country, has condemned the move as “astounding”.

But St John says it didn’t take the step lightly, and it was done out of concern for the health and safety of staff and patients.

Striking workers are continuing to respond to emergencies and call-outs as normal, but are breaching St John policy by refusing to wear uniforms.

“It is important ambulance officers are identifiable in an emergency environment where circumstances can change rapidly. Not complying is a health and safety risk not only to the employee but to fellow officers and other emergency workers. While there is only a very small number of ambulance professionals refusing to wear hi-vis vests, we have advised First Union and our staff that those employees not complying with this requirement will receive a 10 per cent deduction of wages.”

How cutting wages improves safety for workers is not made clear by Ms Lane.

St John’s threats echo that made by AFFCO employers, almost exactly a year ago;

An AFFCO worker has been suspended without pay, and will probably be sacked after filming workers in union t-shirts being refused entry to work, the Meat Workers’ Union says.

AFFCO said it was company policy that union t-shirts were not worn on site, and that they were associated with inappropriate and threatening behaviour.

What is clear, though, is that St John is engaging in all-out repugnant industrial warfare against the First Union.

“When a crew arrived in mufti at a station in Auckland this morning their manager snapped that ‘if someone dies because they didn’t let you in be it on your heads’. This comes on the same day station managers in the Bay of Plenty told several ambulance officers over the phone that industrial action was cancelled, even though this isn’t true.”

First Union was not a party to the new collective agreement. St John stated on it’s webpage,

It is our preference to have nationally consistent terms and conditions for all St John employees, accordingly, St John and the four union parties have made provision for the First Union members to become party to the new Collective Agreement should they wish

The statement continued with this ominous ‘rider’;

If First Union decides not to become party to the new Collective Agreement, St John will continue to work through the various options available.

On 7 January this year, First Union learned what “various options” St John had in mind. As reported in The Daily Blog, St John was flexing it’s industrial muscle using new anti-union laws passed by National in 2015.

The union representing over 1000 St John Ambulance staff has today received confirmation from the Employment Relations Authority that St John has lodged an application to withdraw from bargaining without concluding a collective agreement.

If St John were to be successful they would be the first company to withdraw from bargaining without concluding a collective agreement under the 2015 amendments to the Employment Relations Act.

Simply put, National’s so-called “reforms” allowed employers to cease negotiations to conclude a collective agreement with a union, by applying to the Employment Relations Authority;

The Act provides some protections against parties that end bargaining by deadlocking on one issue. Specifically, either party can seek a declaration from the Employment Relations Authority (the Authority) about whether bargaining has concluded. The process is discussed in more detail below.

First Union officials were not impressed. They understood the agenda that St John was playing out;

Jared Abbott, spokesperson for Ambulance Professionals First, the network within FIRST Union representing ambulance officers, said the application confirms what the union suspected: that St John had no intention of reaching an agreement.

“St John have spent less than two hours with us at the table since we started our protest actions. Applying to conclude bargaining now is outrageous. This is no way to treat your staff.”

Mr Abbott said that despite writing to the company on several occasions and requesting a proposed collective agreement, St John repeatedly refused to make a formal offer.

“We’re astounded with how unprofessional St John has been. Ambulance staff just want fair recognition for the hard work they do. This is only going to get more staff off-side,” said Abbott.

“We don’t believe St John’s application will be successful.”

St John is using ‘the stick’. Other employers opt for ‘the carrot’ to break legal strikes;

Whether by ‘carrot’ or ‘stick’, the bosses’ agenda remains the same: to smash unions and undermine workers’ rights. The end result – dampen wage growth and wind-back hard-won worker’s conditions.

We do the Right Thing – Whakaaro Tika
We take responsibility. Make the tough calls. Think of others.

We stand Side by Side – Whakakoha
We respect, value and support what others contribute.

We Make it Better – Whakawerohia
We find solutions- step up, own it, do it.

We are Straight Up – Whakapono
We act with honesty, courage and kindness.

They even have ‘badges’ proudly displayed on their webpage;

Obviously St John’s “five values” do not extend to their own workers.

Curiously, whilst St John proudly announced it’s collective agreement with four other unions on its “News Articles” page, it made no mention of it’s application to the Employment Relations Authority to abandon negotiation with First Union;

Neither has it disclosed to the public on it’s website that it is taking draconian steps to dock ambulance drivers’ pay packets by 10% for  wearing shirts bearing union messages.

Is St John ashamed to present this information on their website, where public eyes can see what the organisation is doing to it’s ambulance drivers? It is evidently not a “good look” that an organisation nearly a thousand years old, and  dedicated to helping people, is screwing its own staff.

According to Norma Lane, the wearing of the First Union shirts constitutes   “participation in a partial strike” and thereby justifies docking ambulance drivers’ pay.

Which is about as mean-spirited as a charitable, non-profit organisation can get. As  Jared Abbott correctly pointed out;

“The wage deductions are pretty astounding. The actions ambulance officers are taking cost St John nothing.”

Deductions may only be made from an employee’s pay if they are required by law, agreed to by the employee or are overpayments in some circumstances.

However, it appears that St John is stretching an exemption to what is known as a “partial strike“;

Employees strike when a number of employees totally or partially:

Employees don’t have to stop work completely for them to be on strike.

However, one suspects that more reasonable-minded people would find it difficult to define a “partial strike” as wearing a shirt. If that is St John’s justification for docking ambulance drivers’ pay, then it may be on very shaky ground, both legally and morally.

Whether by luck, or clever design,   this has all transpired over the Year’s End/New Year period when current affairs programmes such as The Nation and Q+A are on hiatus, and even Radio NZ is operating on a “summer holiday programme”. The later  is closer to listening to The Breeze rather than serious news and current affairs.

Once the public begin to understand the machinations of St John’s management, that organisation’s reputation may risk a real hit. “A good reputation” as Colin Beveridge once reflected on,  “is hard-won and easily lost. But the lost reputation has invariably been given away by the actions of the holder, rather than been taken away by somebody else.”

Words that St John’s management would do well to consider.

It will be interesting to find out what salary increase St John’s CEO will have this year or next.

St John: A quick snapshot of what we do

Radio NZ: Ambulance staff to have wages cut over strikes

If anyone wants to see the Working Class

The Talleys Strikes Back