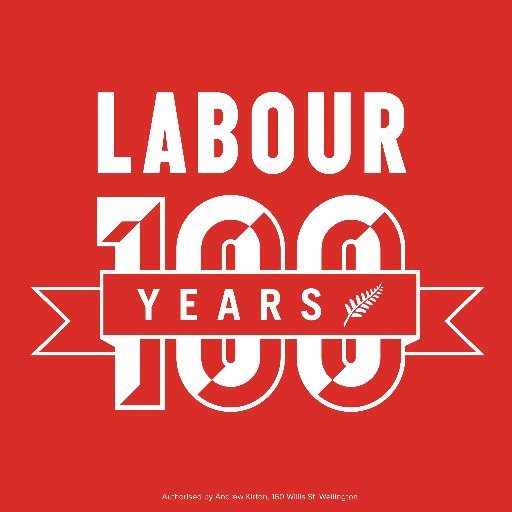 The pressure is now really on the Labour Party.

Which is weird and strange when you consider the Left’s greatest enemy, John Key, has mysteriously left with no real questions asked by the corporate mainstream media.

The real pressure comes on Labour because the assumption has been that National wins because of Key’s smile and wave, which is true.

So why are Labour floundering in the Polls?

There are plenty of reasons, but the biggest is the total lack of political vision Labour have been offering.

As Labour gather next week for their New Year caucus in Martinborough on Monday and Tuesday they need to read this story.

Labour’s simplification of message is valid enough – housing affordability, meaningless nothings   about education and health and a bit of good fashioned redneck baiting get tough on law and order crap.

Minimising the platform is smart but it’s totally dead when it comes to exciting ideas.

How does any of what they have suggested impact that Gen Xer who doesn’t bother to vote or votes National?

Nothing, it does nothing.

There’s little point in chasing Millennial votes for Labour, because they are all going to the Greens, so Labour must play to their strengths with women voters, Maori voters, Pacific Island voters, Boomer voters and Gen X voters.

How do they do that?

They have to motivate hopeless voters who don’t believe in the system with hope.

Here are 5 policies Labour are free to steal for Andrew Little’s rebuild of the Civil Society:

As the article points out, many Gen Xers were forced into being small businesses on contracts, and many former unionised workers suddenly had to become small businesses. If Labour came out and talked about a new deal with the people of NZ, starting with a small business tax amnesty for 3 moths that allows small and sole business owners (who make up the vast majority of businesses in NZ) to have past debts forgiven as long as they sign up to the new automated tax services offered by IRD so that they are paying their correct tax moving forward, then Labour party would immediately look like they are on the side of small business in a meaningful way.  If you ask most small business owners what their biggest fear is, it’s the IRD. Why should grotesquely high penalty rates designed for corporations be used against small business?

We have a massive problem with student debt. It’s billions and billions that cripple Gen X and Millennials. Why not construct a new way for those to pay off that debt (at a Living Wage rate) while providing a massive new resource of volunteers for the many NGOs and Community groups we have? A Student Debt Civil Rebate would allow anyone with student debt to volunteer from a set list of Community Charities and the value of that volunteering be deducted from their loan. It would allow a huge influx of volunteers into out Civil Society while allowing tens of thousands of NZers to escape the debt trap of education.

There are tens of thousands of beneficiaries who have been trapped by the Neoliberal Welfare State into debt using fraudulent and vicious means. Allow beneficiaries to work off the debt (at a Living Wage rate) they owe by working for Community Charities.

Instead of punishing people on a job seekers allowance which is purposely difficult and punitive, why not build towards a Universal Basic Income by having an Artists Allowance or Volunteers Allowance which is paid to budding artists and those without student loan debt or Government debt who work for NGOs? This would again help rebuild the social contract between the Crown and all NZers and it would provide a huge resource for those organisations that build civil society.

For many, adult education classes were some of the only social interactions they had. The National Government gutted Adult Education in their first term which stopped cooking classes, language classes, hobby classes and skills classes at all after hour Schools throughout NZ. In doing so, National cast aside the importance of people interacting while ups killing themselves by claiming the market could do that. Well, for the elderly, new migrants and lonely people, those Adult Education classes were the only way for them to interact. It is vital for the health of a society that lonely people have positive social interactions and leaving that to the market is just ludicrous.

Labour must do more than not offend people if they want to be the Government. They have to offer hope and vision, and while affordable housing, education/health blah blahs and  some tough on crime crap is all fine and dandy, it does nothing to inspire those living with the grim realities of debt and everyday life. These people are Labour’s people and at the moment, Labour is doing bugger all to truly appeal to them.

Look at how the supposed too radical policies of Corbyn are actually accepted by the majority.